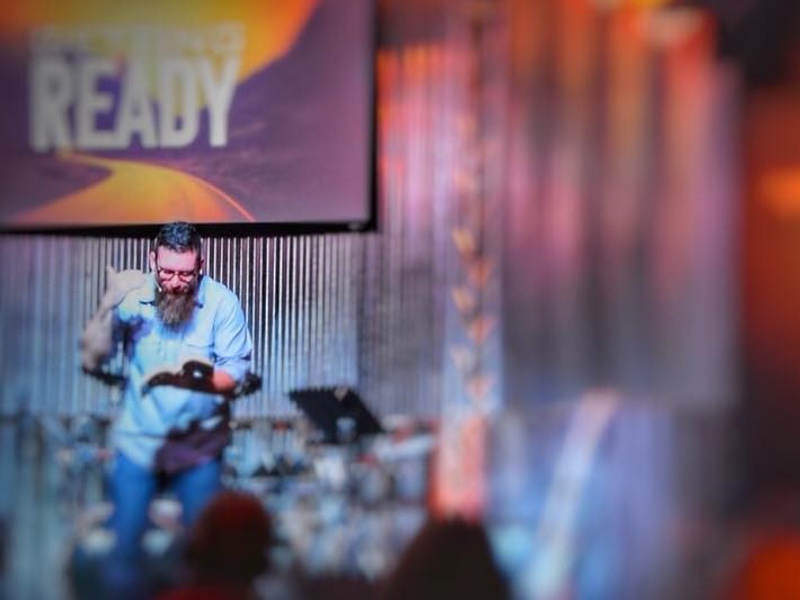 "We could keep doing the same thing and live out our remaining years as a church. On the other hand, we could choose to do something brave and risky like shutting down and restarting.”

“The church could have survived another 10 years, but what would have been the point? There were never guests or baptisms. Families were leaving. Our kid ministry rooms were closets. It sounds like complacency, but we called it normal.”

Rev. Tim Fox, of Goldsboro, North Carolina, recalls the dismal state of ministry for him, his family and his congregation a few years back. He arrived in eastern North Carolina in 2012, ready to hit the ground running and full of enthusiasm to lead Goldsboro Wesleyan Church (GWC).

Immediately after his arrival, church leaders and members spent 10 weeks in prayer, asking God for vision and unity. It was during those weeks of prayer that Fox first envisioned the church as a hydrant — the picture of a church as a valve of living water, hope, service, etc.  Afterwards, the group raised money for building projects, adjusted Sunday morning worship experiences to attract more guests and continued to look ahead with anticipation.

Although the church’s appearance had changed, hearts had not.

“As a church, we were only concerned about our own hearts — ‘happy loving each other’ — but not the community,” said Fox.

“We couldn’t attract guests, nor did we have a presence in the community serving,” said Fox. “I was desperately praying for a solution. We could keep doing the same thing and live out our remaining years as a church. On the other hand, we could choose to do something brave and risky like shutting down and restarting.”

So through much prayer and many conversations, GWC chose to close its doors and restart as Hydrant Church. The word “hydrant”seemed like an obvious word to have in the name. Fox had been teaching about the church being a hydrant where people can “connect, fill and overflow.”

Almost immediately, worship numbers increased and spirts were high. But, according to Fox, “excitement waned with each passing week,” as attendance and giving “tanked.”

“Depression, fatigue, disappointment and negativity were my close companions,” said Fox. “During worship, on an ordinary Sunday, I was looking more at the empty seats than at the people filling seats. I had, yet again, voiced my fears and disappointment in what God was doing here. I heard him respond, ‘Son, you are not that good. Let me worry about the empty seats. Just love, serve and teach the people I send you.’”

Fox and Hydrant Church began to rethink ministry, outreach, discipleship, leadership and community. They began to “rethink small” and let go of the stigmas attached to small churches and finding ways to do effective ministry, such as a food pantry that expanded from a student ministry to a church-wide ministry to the community. Christmas meals were also distributed to area families in need.

Fox tells the story of how the church stepped up after Hurricane Florence in September 2018.

“After Hurricane Florence, we provided relief to dozens of families through hot meals, blankets, tarps, hygiene supplies, diapers and food items,” said Fox. “One family was not able to get into their home for over a week. Because of the supplies and food that we gave them, they were able to all stay together without financially burdening their host. This family now comes and serves at the pantry regularly.”

Hydrant has celebrated nearly 100 baptisms, grown into two services and quadrupled in attendance.

Middle and high school students are also participating in ministry, specifically Goldsboro Mission Week, where they served at three area ministries in that week.

Though Hydrant is still small in average attendance (even after attendance quadrupled), it’s making a significant impact, both within its walls and within the community.

“We are seeing lives changed, marriages saved, students called to ministry and every age group serving the kingdom and the world,” said Fox.

Because Hydrant Church is now “rethinking small” and seeing success in its endeavors, Fox and other leaders want to share what they’ve learned with others at small churches. Hydrant is hosting its first Rethink Small Conference in January 2020 to help other small churches effectively minister in their respective communities.