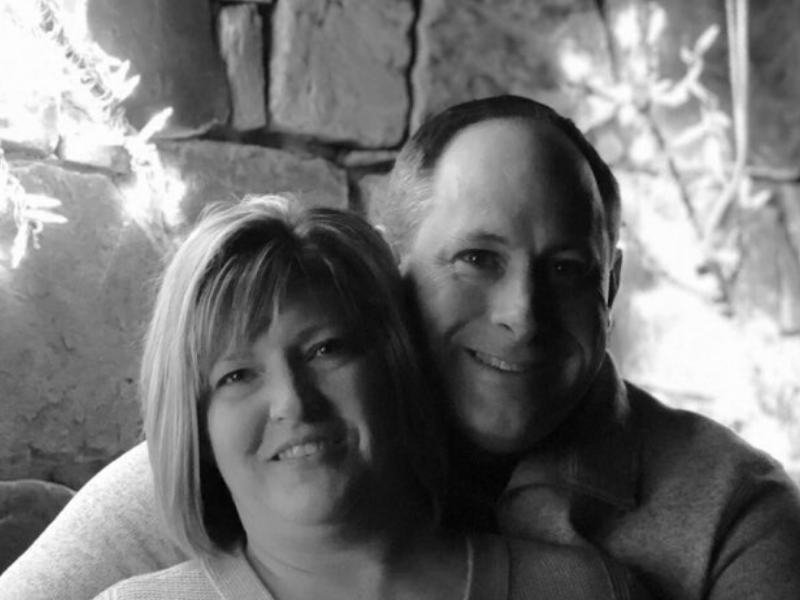 The Ubelakers once filled their weekends with alcohol and parties. Now they spend their time making disciples.

Both Anngie and I started our lives in families that believed in God. I grew up in the Catholic Church and attended a Catholic elementary school. Our family attended mass every week. During those younger years, I thought I had a good foundation of the Lord. All my life, if asked, I would have said, “I’m a ‘good Christian,’” as I thought going to church every week and being nice to people was an automatic seat in heaven.

On the other hand, though Anngie believed in God, her family did not consistently attended church.

Anngie and I met and started our journey together. When we first started dating, I was going to the local Catholic Church on Sundays, and she was attending Cherry Street Wesleyan Church (CSWC) in Ottawa, Kansas. Eventually she asked me to attend with her. Initially I would go to early mass and then attend the Wesleyan church afterward. Eventually I became almost exclusively engaged at CSWC.

Admittedly, we were going because we liked the pastor. But, honestly, we were just going through the motions. We would miss some Sundays because we were lazy or just didn’t feel like going. Because we were living for ourselves and not for the Lord, we partied, drank and used language that makes me blush nowadays.

Our lives were turned upside down when that pastor resigned. Sometime later we ran into someone from the church who convinced us to give the new pastor, Rev. Todd Miller, a shot. We reluctantly returned to CSWC, and we are so glad we did. This is where our true walk with God started. We knew we were scratching the surface yet growing closer to our church family. We were also becoming more involved in the church and its functions. Anngie began to help in the nursery and I became an usher, which gave us purpose and began to make us long for more involvement.

Soon, when our faith in Christ solidified, the trajectory of our lives changed. We wanted to tell everyone we knew about Jesus. Anngie’s daughter, her husband and their five kids began attending CSWC. Anngie’s mom, niece and sisters and their families are now attending too. Our best friend is attending CSWC and is currently taking ministry classes. The whole crew can fill up three pews in the Cherry Street sanctuary.

My wife and I started going deeper in our relationships with Jesus when we met Pastor Todd. He challenged us to not just fill pews but become active outside the church’s walls. We started a small, disciple-making group in our home with 8–12 people sitting around a table on Sunday nights. We are not Christian scholars, and when we don’t know the answers, we consult the Bible.

In September, Anngie started a community faith-based after-school program called “Helping Hands with Open Arms.” We are sharing God’s Word with children, ages 6–12. Every Monday the kids walk from school straight to the church, where we enjoy prayer, a meal, Bible study time, video worship and small group. More than 20 kids now attend. CSWC envisions building a gymnasium with classrooms so this ministry can grow and continue to impact our community.

Anngie has made some hard life changes. She has been elected to the church board and has accepted the responsibility of what it means to be an example to others. We are so excited to keep learning and feel like we just can’t get enough. Our hope and prayer is that with the changes we are making, people will see Jesus in us and we can bring more people to him.

Though we still have a long walk ahead, it’s a beautiful thing to seek God in our decisions. Before, we likely would have just relied on the ways of the world to influence our decisions. Now Anngie and I hold each other accountable. It is not uncommon to ask, “What would Jesus do?” in our daily lives. If we can live our lives with that in mind and put it into action, how can we fail?

We wish we would have had the desire to put God first in our lives earlier and wonder how our lives would have looked today. But regardless of “when,” our lives today have never been more blessed. God is newly paving what was once a rocky road, and we are being “made new.”