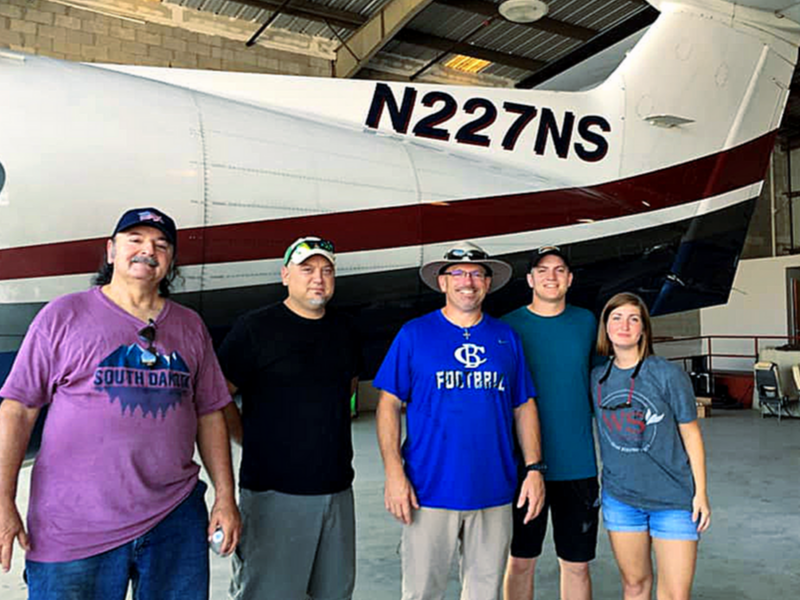 South Carolina pastor reflects on trip to Bahamas after hurricane

We provided health in the form of clean drinking water, and we provided healing for those who just needed someone to listen to their stories.

As a pastor in Charleston, South Carolina, I always look for ways to serve those in need. My personal goal is to bring hope, healing and health to those locally and globally.

So when Dr. Wayne Otto, lead pastor at Providence Wesleyan Church in Summerville, South Carolina, invited other pastors in our district to join him on a relief trip to the Bahamas after Hurricane Dorian, I only hesitated for fear that my passport may have expired. My husband, parents, neighbors and kids’ teachers had an opportunity to support me (and, in turn, the Bahamian people) as they made sure my five kids got to school, took baths and ate homecooked meals. Within 48 hours, I had gathered supplies, gained a whole community of support and was on my way to the Bahamas.

Our team of five officially met for the first time just before flying out of St. Augustine, Florida, via SOL Relief, a privately-owned jet company that offered our team a free flight. We chatted and got to know one another during our short flight, but the cabin grew silent as our plane approached the airport at Treasure Cay. Row upon row of tall pine trees lay toppled over like toothpicks. What once were lush green forests now appeared brown and barren. We didn’t speak again until we unloaded our bags. We were in shock.

The airport where we landed had no roof, no toilets and no staff. Forty or so local Bahamians pressed our pilot to allow them to return to America with him. Devastation covered everything — from their faces to their hometown. As we packed up our supplies, half our team headed to Green Turtle Cay and the others to Marsh Harbor.

After a short boat ride from the Treasure Cay boat docks, our team of three set up our water system at Green Turtle Cay at the end of long concrete dock. The conditions for us were pretty rough those five days. No showers, no properly flushing toilets and wind and rain (from the approaching Hurricane Humberto) so strong it broke two of our tents. However, worse off than us were the people still trying to live in Green Turtle Cay. They would tarp a roof one day, and the wind would blow it back off the next. They would clear debris, only to find their floors rotted out from below them. The one thing keeping their spirits up, they said, was their daily water supply.

World Hope International (WHI) tasked both of our teams with producing water for two of the most direly affected and still inhabited areas. Our system, created by Katadyn, allowed our team to pump water directly from the salty, soiled Atlantic Ocean, filter it, then pour out approximately 30 gallons of fresh, clean water per hour.

One man, Edison, told us that when he woke up each morning and saw our tents, he had hope that he could rebuild because he knew he was not alone. In addition to sharing with Edison, our team had several opportunities to share the hope only Jesus can bring in dark times. Even the unbelievers surprised us by saying they were praying to him for strength.

WHI ordered our team to evacuate early due to Hurricane Humberto’s growing strength. However, as I returned home six days after leaving, I knew we had made a difference. We provided hope to hundreds, like Edison, living in Green Turtle Cay. We provided health in the form of clean drinking water. And we provided healing for those, like Ky, who just needed someone to listen to her story. Their hope, health and healing helps me continue to say “yes” as God moves my family and me across the map.