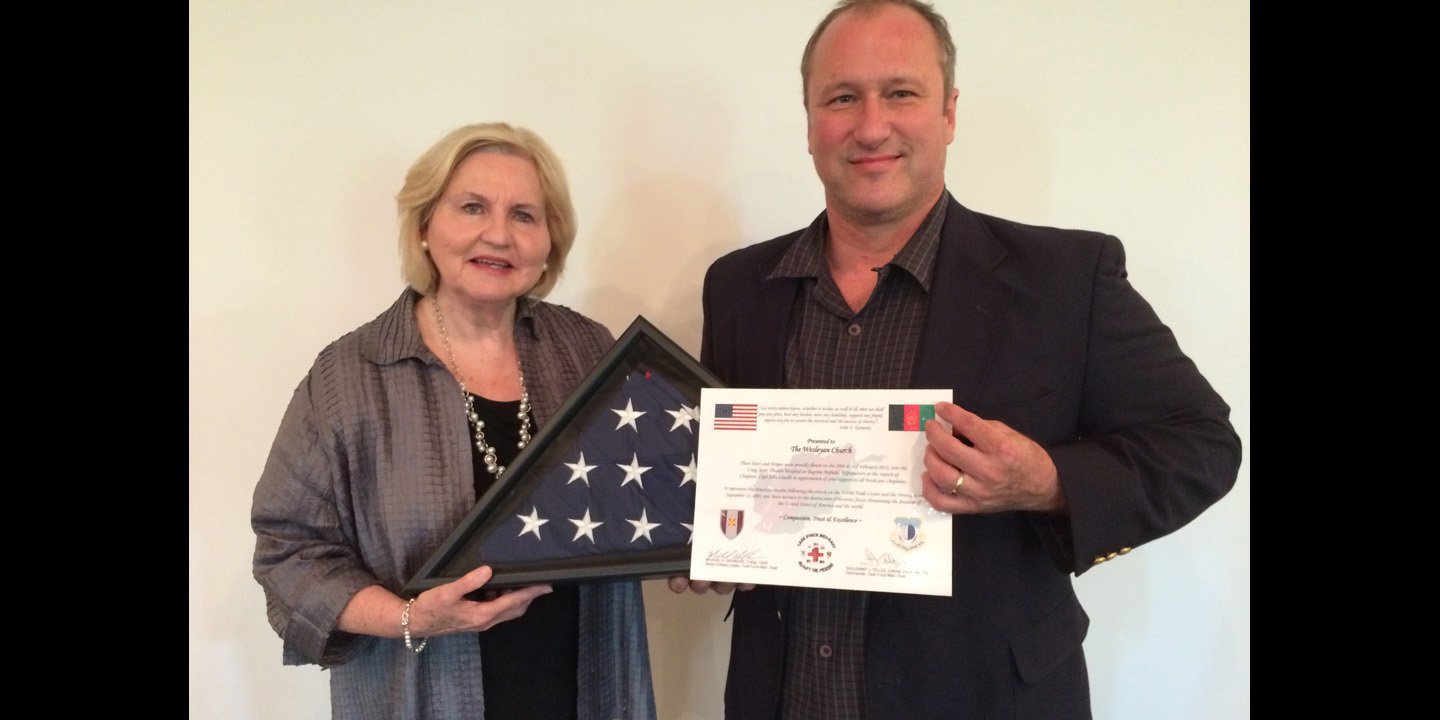 A special U.S. flag was recently presented to The Wesleyan Church during an August chapel service at headquarters. The flag has flown in Afghanistan over a U.S. airfield.

The flag had flown over the Joint Forces Theater Hospital at Bagram Air Base in Afghanistan in honor of the tremendous service given to them by our Wesleyan military chaplains.

The citation accompanying the flag states, “Presented to The Wesleyan Church. These Stars and Stripes were proudly flown on the 20th day of February 2012, over the Craig Joint Theater Hospital at Bagram Airfield, Afghanistan at the request of Chaplain, Capt. John Caudle in appreciation of your support to all Wesleyan Chaplains.”

The citation continues, “It represents the American resolve following the attack on the World Trade Center and the Pentagon on September 11, 2001, and bears witness to the destruction of terrorist forces threatening the freedom of the United States of America and the world.”

Dr. Gary W. Carr, a director in the Education and Clergy Development Division, and the associate chaplain endorser for The Wesleyan Church had received the flag from the air base. A former highly-decorated Marine chaplain himself, Dr. Carr said, “This is indeed a very special honor that few individuals or organizations experience. It is a memento of honor that should appropriately be displayed in a case or memorabilia collection. It highlights our global reach, our intentional ministry to the sick and injured, and our core value of helping others to be ‘made new.’ This is a symbol of honor on behalf of a grateful nation to our denomination.”