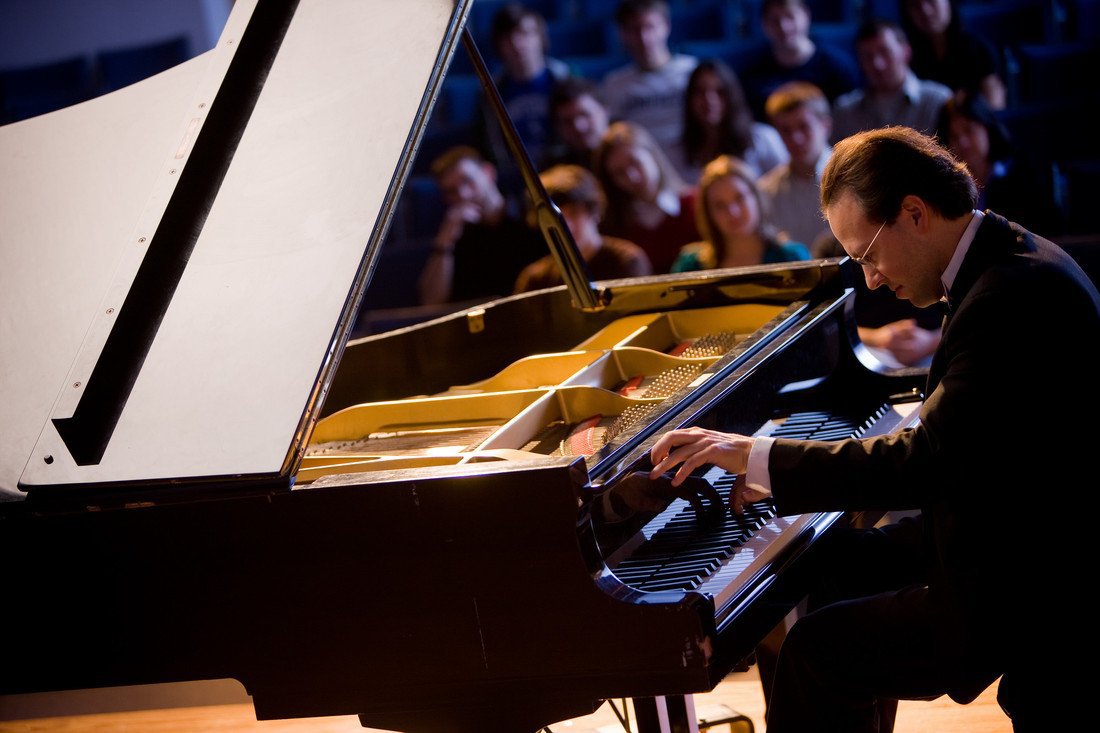 A world renowned piano maker has announced that Houghton College’s professor of piano, Dr. William John Newbrough, has been named to the distinguished international family of Steinway Artists.

“The high standard which you have set through your artistic and professional achievements make it most appropriate that you are now formally included on a list of the most accomplished and discriminating artists in the world,” said Jenn Gordon, manager of concert and artist activities for Steinway & Sons, referring to Newbrough.

For decades, Steinway & Sons has cultivated special relationships with pianists from every genre. From classical pianists like Lang Lang, to jazz stars like Diana Krall, to pop icons like Billy Joel, to “immortals” like Irving Berlin, Cole Porter, Sergei Rachmaninoff, and Arthur Rubinstein, more than 1,600 artists make the Steinway their own.

“I am deeply humbled and grateful for this tremendous honor, which Steinway has bestowed upon me,” said Newbrough. “This is truly a great blessing from the Lord. Many of my favorite pianists, from even the Golden Age of Piano, are in this exclusive roster, and it is amazing to now be listed among them. It is my sincerest hope and prayer that this will open up many new doors for ministry in a mostly secular field, and also that Houghton College will benefit greatly from this new exposure and connection. All praise and honor be to God!”

In 2012, he was awarded the Mabel Barnum Davidson Distinguished Professor of Fine Arts medal at Houghton College. Newbrough was also the only American of nine pianists worldwide chosen to perform at the prestigious Franz Liszt International Masterclasses and Festival in Utrecht, the Netherlands.

Newbrough has performed multiple times on the acclaimed television series “Grand Piano,” and he was featured on ”Great Discoveries” on the Discovery Channel HD. Many of his performances have also been broadcast on radio. Newbrough has received many musical awards, including the Yale Gordon Honorary Medallion in Music, an Eisner Award, and he was named BPAC Artist of the Year.

He has earned the Artist Diploma, Doctor of Musical Arts degree, and Master of Music degree from the Peabody Conservatory of Music, Johns Hopkins University in Baltimore, Md., and a Bachelor of Arts degree with honors from the University of California at Berkeley. Newbrough studied piano with Leon Fleisher, Haggai Niv, Yoheved Kaplinsky, Dominique Weber, and Gilbert Kalish, and has participated in master classes with Richard Goode, Earl Wild, and Malcolm Bilson.

“I am so very proud for Dr. Newbrough to be recognized by the Steinway and Sons Piano Company for his accomplishments as a musician and artist,” said Dr. Stephen Plate, associate dean and director for Houghton College’s Greatbatch School of Music. “This is no small matter for him, or for us, and to be recognized and provided for by the world’s standard in performance pianos is, indeed, a career milestone. We celebrate this accomplishment with Dr. Newbrough!”