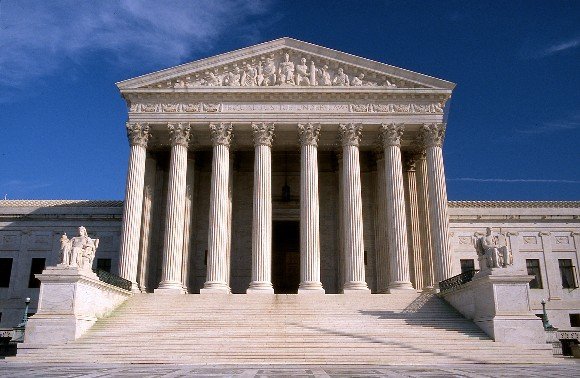 A key method of enforcement of the Voting Rights Act of 1965 was ruled unconstitutional last week by the Supreme Court by a 5-4 decision.

A key method of enforcement of the Voting Rights Act of 1965 was ruled unconstitutional last week by the Supreme Court by a 5-4 decision.

The high court ruling removed a tool that the federal government has employed to limit discrimination against minority voters in some jurisdictions. General Superintendent Dr. Jo Anne Lyon states: “I regret the Supreme Court’s decision on this. It would seem to open the door slightly wider for the possibility of new, discriminatory voting laws. Regardless of whether it happens at the state or federal level, we need to support voting laws and procedures that are absolutely fair.”

The law is still in place requiring fair elections, but requires more vigilance by state legislators, local officials, media, and others so that discrimination in new laws does not emerge in subtle forms.

Sections 4 and 5 of the law required states with a history of discrimination to get federal approval (preclearance) before changing how they conduct elections. In deciding the Shelby County, Alabama vs. Holder case, the court decided that the formula used to measure discrimination was out-of date. The culture has changed since 1965 and the court stated that jurisdictions that had a more racist history (primarily southern states) have not been shown to be more at risk for discrimination today on the basis of that formula.

Civil rights activists and others disagree, arguing that discrimination against minorities is still very much in play, although it may take different forms, and the preclearance provisions still serve a valuable function. The rule was created to battle literacy tests, poll taxes, and other blatant discrimination, but it has been used in recent years to stop more subtle restrictions, such as closing polling places in minority areas or drawing district lines to deliberately reduce the influence of minority voters.

The Voting Rights Act still has major, permanent provisions in place. It still prohibits states from imposing any “voting qualification or prerequisite to voting, or standard, practice, or procedure … to deny or abridge the right of any citizen of the United States to vote on account of race or color.” Courts will still be able to impose preclearance requirements on jurisdictions that are shown to violate the act.

Under the old formula, there were nine southern states and parts of other states that had to have preclearance from the attorney general to change voting laws. Now those states are subject to the same federal law enforcement remedies that all the other states have. Any jurisdiction can still be “bailed in” by a court to meet preclearance requirements on the basis of evidence, and they can be removed or “bailed out” from preclearance requirements, if they maintain a good track record.

Congress examined the formula in 2006 before renewing that section. After extensive hearings, they concluded that the covered jurisdictions are still attempting to discriminate against minority voters enough to keep the targeted preclearance provisions in place.

Congress may restore broad preclearance provisions by taking up the outdated formula (measuring discrimination) from the original Voting Rights Act and replacing it with a new one, then applying it to the affected states or to all states equally. Such action would seem to require bipartisan efforts.

Pictured: President Lyndon Johnson and Dr. Martin Luther King share congratulations at the signing of the Voting Rights Act of 1965.