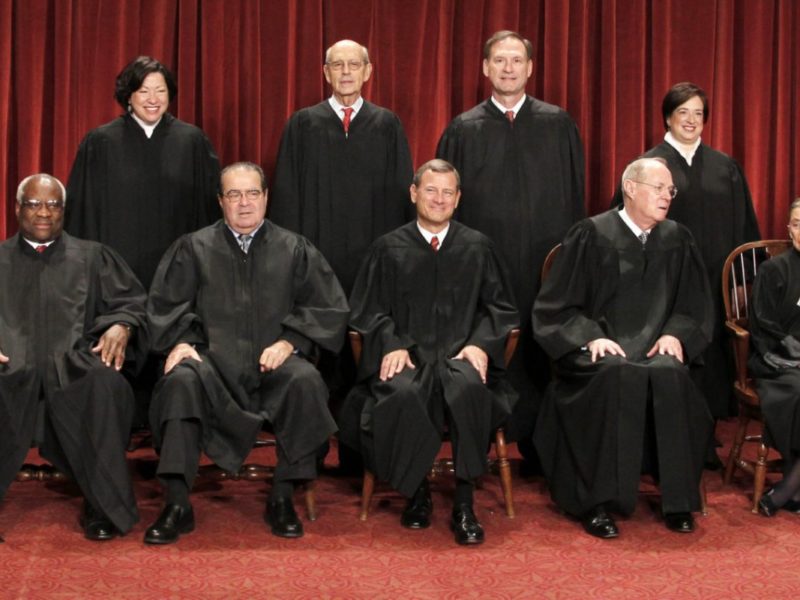 The Supreme Court will hear a crucial freedom of religion case this week. Dr. Lyon is calling for prayer for their deliberations! The Wesleyan Church co-signed the NAE open letter.

The Wesleyan Church supports the amici brief (below) providing reasons why the Supreme Court should not impose a redefinition of marriage on every state.

At this crucial moment a few days before the U.S. Supreme Court hears oral arguments on the rights of states to define marriage, more than 30 religious leaders, including Wesleyan General Superintendent Jo Anne Lyon and leaders of several other denominations, reaffirmed their shared commitment to marriage and religious freedom in an open letter, titled, “The Defense of Marriage and the Right of Religious Freedom: Reaffirming a Shared Witness.” Dr. Lyon calls for prayer for the deliberations of the justices beginning Tuesday, April 28. [Ed.]

Next week, the U.S. Supreme Court will hear oral arguments in Obergefell v. Hodges, a case that will determine whether states have the right to define marriage and to decide whether to recognize same-sex marriages performed in another state. The National Association of Evangelicals (NAE) calls on evangelicals to pray for the Supreme Court justices as they consider this historic case.

“Human history in every culture has defined marriage as the enduring and intimate relationship of a man and a woman,” said Leith Anderson, NAE president. “This definition has established the primary expression of a family. It is worthy of protection.”

The NAE joined an amici brief with the U.S. Conference of Catholic Bishops, The Church of Jesus Christ of Latter-day Saints, the Southern Baptist Convention, The Lutheran Church-Missouri Synod, and many NAE denominations encouraging the Supreme Court not to impose a redefinition of marriage on every state.

The brief argues that marriage between a man and a woman provides for the welfare of children, families and society. It reiterates that the groups’ beliefs are based on clear biblical teaching and concern for social welfare and certainly not animus for anyone. The Supreme Court should avoid presuming animus on the part of supporters of traditional marriage, because such a finding may stigmatize millions of religious believers and imperil their religious freedom.

Galen Carey, NAE vice president of government relations, said, “Marriage between a man and a woman is the basis on which families, communities and nations thrive. We believe citizens, not elected judges, should have the right to define marriage in the states in which they live.”

Anderson continued, “Many people of goodwill disagree with our position of marriage, but we ask that our beliefs about marriage, which are based on God’s Word, be respected and protected.”

Then please see this marriage and religious freedom Q&A.