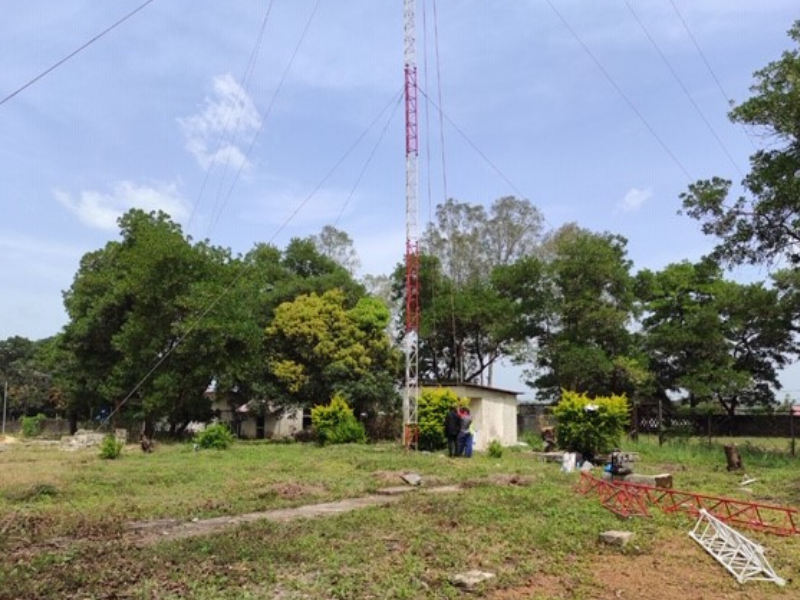 A radio ministry in Sierra Leone that dates back to 1974 is being revived.

I will never forget the words over a patched phone call from Sierra Leone during its Civil War in April 1998.

“Jo Anne, they hit the radio station. It is gone.”

It was if the soul of the Christian community had been struck. With thousands of people displaced and churches, schools and homes burned and many dead and maimed, the thought of building a new radio station was completely out of sight and mind. The difficult task felt impossible. It seemed the rebel army had won.

The radio ministry from The Wesleyan Church of Sierra Leone began back in 1974 with a small recording studio launched by three missionary families (Birch, Swanson and Alton Shea). The station was in Gbendembu, a small town in the northern province. At that time, the missionaries would record in their studio, send the recording to a larger station in Liberia and that station would return it in short-wave format for them to distribute.

Along with producing the programs, local leaders were trained in the radio business. (Today, some are working in Canadian radio and other parts of the world, as well as Sierra Leone.) In 1989, under the leadership of SD Kanu, the national superintendent of The Wesleyan Church of Sierra Leone, the 250-watt FM station, with a radius of approximately 10 miles, was expanded and moved to Makeni, the provincial capital. Stories abound of pastors going into an “unreached people group” and telling them about Jesus. Suddenly, someone would say, “Oh, yes, we know about him. We listen to the radio every night, but please tell us more.” Many churches were planted through this ministry that still exists today.

Since 1998, the hope of another radio station has been a very distant dream and prayer. Technology has made rapid progress, yet the costs are enormous. God, however, is not intimidated by any of this.

Last year, some generous donors felt led to invest in a radio station through World Hope International. The appropriate feasibility study was conducted, and work began; tower, building and programming for the new VOS 88.9 FM. Broadcasting resumed the second week of November 2020. The goal is to reach one million people in Sierra Leone — along with the diaspora, which is happening. (The diaspora, Sierre Leoneans who are living outside of the country, can listen at vosm.net, as can anyone in the world.)

Plans are underway for the station to be expanded throughout the entire country, eventually reaching eight million people. This station will carry news, music, the gospel message, Bible teaching, education programs for pre-school children, anti-human trafficking awareness and more as fits the need.

The country has changed since the last radio station existed:

After peace was declared, a president with Wesleyan roots was elected. President Ernest Bai Koroma, raised in The Wesleyan Church of Sierra Leone, brought the country back together after the war and established a Truth and Reconciliation Commission (TRC). This was successfully done through the various faith leaders in the country and has been marked as one of the most successful TRCs in the world.

In the recent Global Peace Index (2017), Sierra Leone was noted as the most peaceful nation in West Africa and the 39th most peaceful country out of 163 studied by the Index.

As I reflect on the positives surrounding this new radio station, these thoughts come to mind:

The tones of desperation from that patched phone call in April 1998 still ring in my ears. But today they are mixed with sounds of jubilation, hope and joy expressed on both sides of the ocean. We are all reminded that God continues to reign, even when we think he has forgotten us.