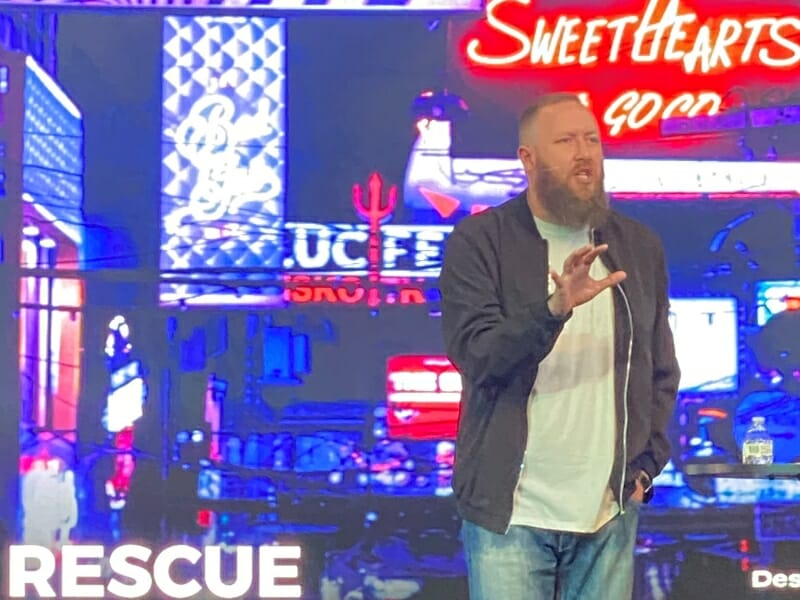 The power of saying “yes” to God

Tom and Sarah Cochran have Unleashed a Kingdom Force of rescuing vulnerable children around the world.

“Will you say yes?” was the question God asked us during the opening session at “The Gathering” in 2015. We looked at each other with tears in our eyes wondering if we were hearing the same thing. We were and thus began our journey of obedience during which we would say “yes” to a series of Spirit-initiated promptings. 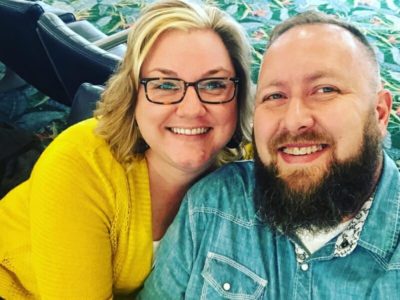 Three years later, God again spoke clearly to us using the same passage of Scripture yet hours apart from each other. We entered a new season that would be different than we had expected. Yet, there was a palpable certainty that God saw this coming all along.

Saying “yes” at this moment led us to join the Destiny Rescue team, an international Christian nonprofit that rescues kids from trafficking.

Having served in the local church since our early 20s, we had not been planning for this ministry shift. God, orchestrating miraculous events and multiple open doors, kept asking us to say “yes.” In this new ministry journey, he was leading us to use our voice, influence and experience to bring rescue from sexual exploitation and human trafficking to vulnerable children around the world.

Doctors told us in 2007 that we were unable to have children. We were devastated and grieving but still tried to serve God faithfully. We pressed on trusting that God always has a plan. We wound up focusing even more on building a spiritual legacy by taking care of God’s kids — in youth ministry, children’s ministry, trauma-informed foster care, church planting and mentoring young parents. Eventually we adopted a child.

Through this journey, God directed us to see the deeper challenges facing the church when it comes to vulnerabilities that affect kids. When we were given the opportunity to say “yes” in joining Destiny Rescue, we knew this decision was God-ordained and years in the making. Being on staff at Destiny Rescue has given us the opportunity to not only discover more about who God is but to also see how he is using our story for his glory.

While being a part of other denominations before joining The Wesleyan Church in 2009, we developed a love for the church and the diversity found in faith traditions. This love has opened the door for Tom to speak on multiple platforms as the national director of church engagement where he inspires, coaches and challenges the church around the U.S. to join God in his work of rescue.

Convinced that God has a lot to say about justice, we know that part of the church’s mission is to bring freedom to the poor, the prisoner and the oppressed.

Sarah has had the opportunity to serve advocates as the director of advocacy. Her passion for spiritual formation has enabled her to invest in individuals wanting to use their voice, talent and resources to rescue kids through fundraising. She has been blessed to be able to use her gifts in mobilizing people and resources as well as implementing systems to help sustain the ongoing growth of the organization.

In our three years at Destiny Rescue, we have experienced the grace of God in powerful ways as we connect with churches of all sizes and traditions. Our love for his church, God’s kids, has grown even more!

As we are empowered to Unleash a Kingdom Force by saying “yes” to God’s promptings daily, we find ourselves pastoring pastors as well as individuals inside and outside of the church. Paraphrasing Wesley’s words, “The world is our parish.” 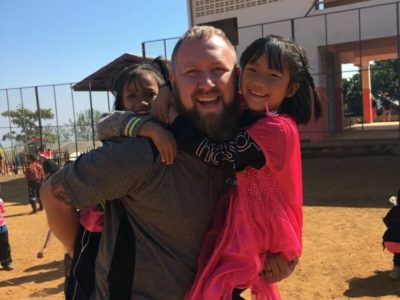 Amid spiritual battles paired with exciting travels, we get to experience this adventure together, building relationships and planting seeds of spiritual legacy in the hearts of God’s kids — of all ages!

When we look back at how we got to where we are today, one of our lowest moments stands out as the proverbial fork in the road. We saw ourselves as broken people and our future was hopeless and pointless. We were trapped in our grief and pain, begging God to either deliver us or take us home. We felt like the answer “no” to our prayer for children was silence from him and that we somehow didn’t deserve to be parents. It took people surrounding us, mentoring us and showing us God’s love in practical ways for us to reach a point where we could receive the freedom that God had been offering us all along.

We have learned that Unleashing a Kingdom Force requires obedience to a series of Spirit-initiated promptings. It started when we heard the question at “The Gathering” in 2015 — “Will you say yes?”

By continually saying “yes” when God asks if we will go, serve, be or love — each of us gets to be a part of the working of the Holy Spirit in the world. It is in these moments that we find the opportunity to surrender ourselves fully to him and embrace the freedom that God has already extended.