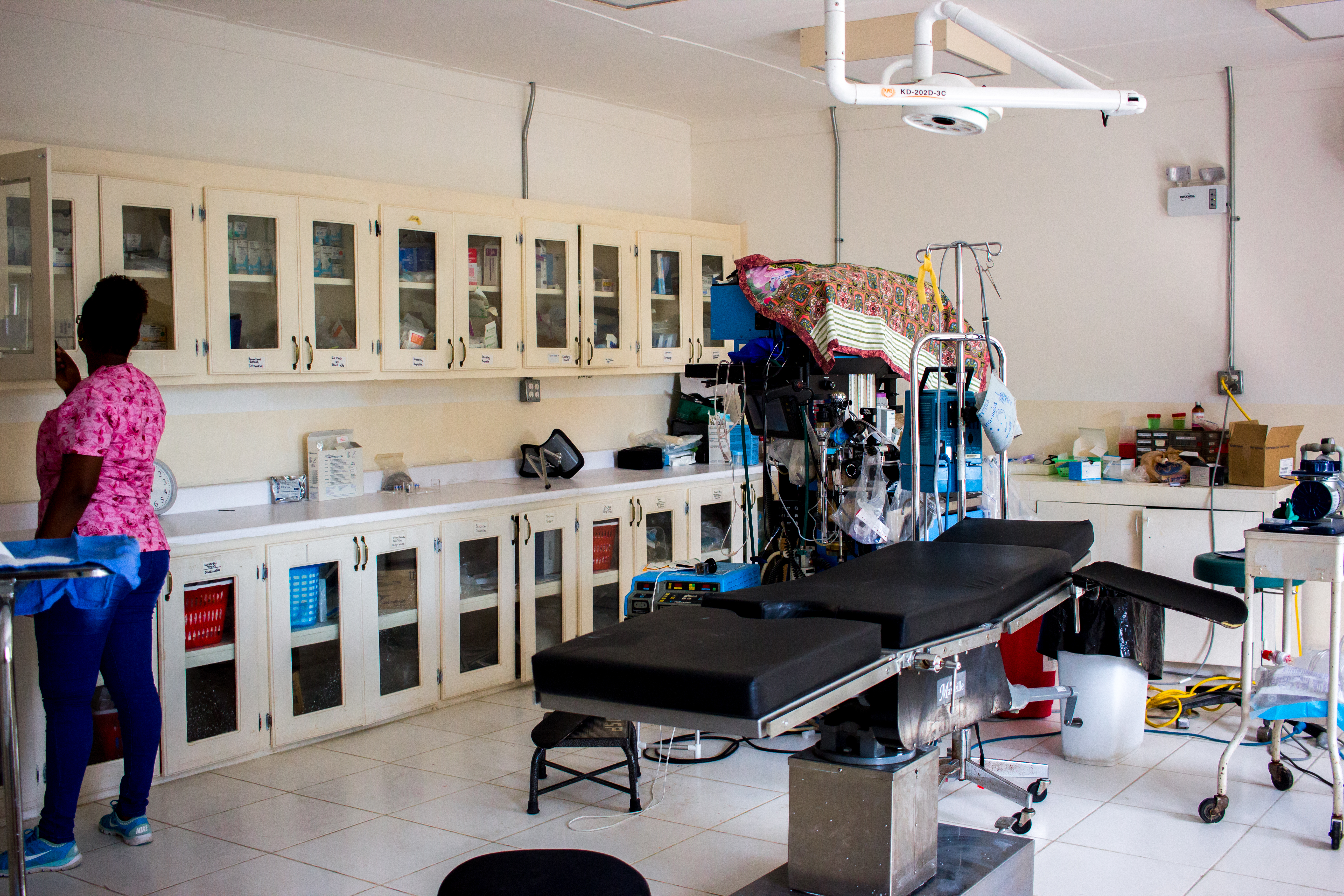 Power to make a difference

The partnership between World Hope International and the Wesleyan Mission in Haiti is saving lives, both physically and spiritually.

Imagine going to the hospital with a bursting appendix and the hospital is dark; the power is out. Picture yourself as a doctor in the middle of an intense operation and the lights go off, the machines power down and suddenly you’re operating without the ability to see clearly and without working support machines. You hope the generator will kick in, but it doesn’t, leaving patients needing oxygen or life support without both. The generator runs on fuel and fuel has been running short of late.

This is exactly the scenario being faced right now at LaGonâve Wesleyan Hospital (Hospital Wesleyan de La Gonâve), a hospital located in the city of Anse-à-Galets on the Haitian island of LaGonâve. This hospital was started by medical missionaries of The Wesleyan Church and has been in operation for more than 60 years. The missionaries responded to the harsh reality that people — especially children and infants — were dying from preventable diseases and realizing if they were going to be Christ in the community, they should care for the body as well as the soul.

World Hope International (WHI) has long worked as the international development partner for the Wesleyan Mission in Haiti, implementing projects such as solar-powered water desalination systems, ice manufacturing (WHI’s first project in Haiti), sustainable agriculture, HIV/AIDs education and child sponsorship programming. Today, WHI is working with the Wesleyan Mission in Haiti to make sure that the hospital power becomes reliable at long last. How?

When the new hospital was built following a 2010 earthquake, a generous donor gifted the hospital with a substantial solar system array. In a recent evaluation, it was determined that the basic controllers were still functional, but repairs were needed to some of them and the batteries were running at less than half capacity. Engineers recommended the control system be repaired and upgraded; the number of solar panels be doubled, and that a change be made in the kind of solar storage — going from lead-acid batteries to Tesla wall units, which are much more effective and virtually maintenance free. Bonus: they will also perform better in the Caribbean heat.

In fact, these improvements will enable the hospital to finally achieve energy independence for the next 10 years minimum and, with the generator (currently operating at least 50 percent daily when fuel is available) being relegated to actual emergency-use only, the carbon footprint of the hospital will be virtually eliminated.

The 100,000 people who live on the island have no other access to the kind of medical resources the hospital provides. A 12-mile trip across the sea in unsafe boats followed by at least two hours overland by bus or taxi (if affordable) is required for the islanders to reach a hospital that may or may not receive them — and that’s if they were able to pay to get off the island in the first place. LaGonâve Wesleyan Hospital never turns anyone away, but is only as effective as the power that it runs on.

The Wesleyan Church has supported the hospital for many years and the hospital continues to provide life-saving medical care to the inhabitants of LaGonâve every day. Many children take their first breath there. I watched these children grow up when I lived on the island and witnessed the hundreds of lives that were saved through the hospital’s dedicated service. I truly believe this life-saving work is a representation of the gospel of Jesus Christ in action.

Learn more about this important partnership between World Hope International and the Wesleyan Mission in Haiti.

Dan Irvine serves as the director of Strategic Engagement for World Hope International. He is the former Caribe-Atlantic Area director for Global Partners.