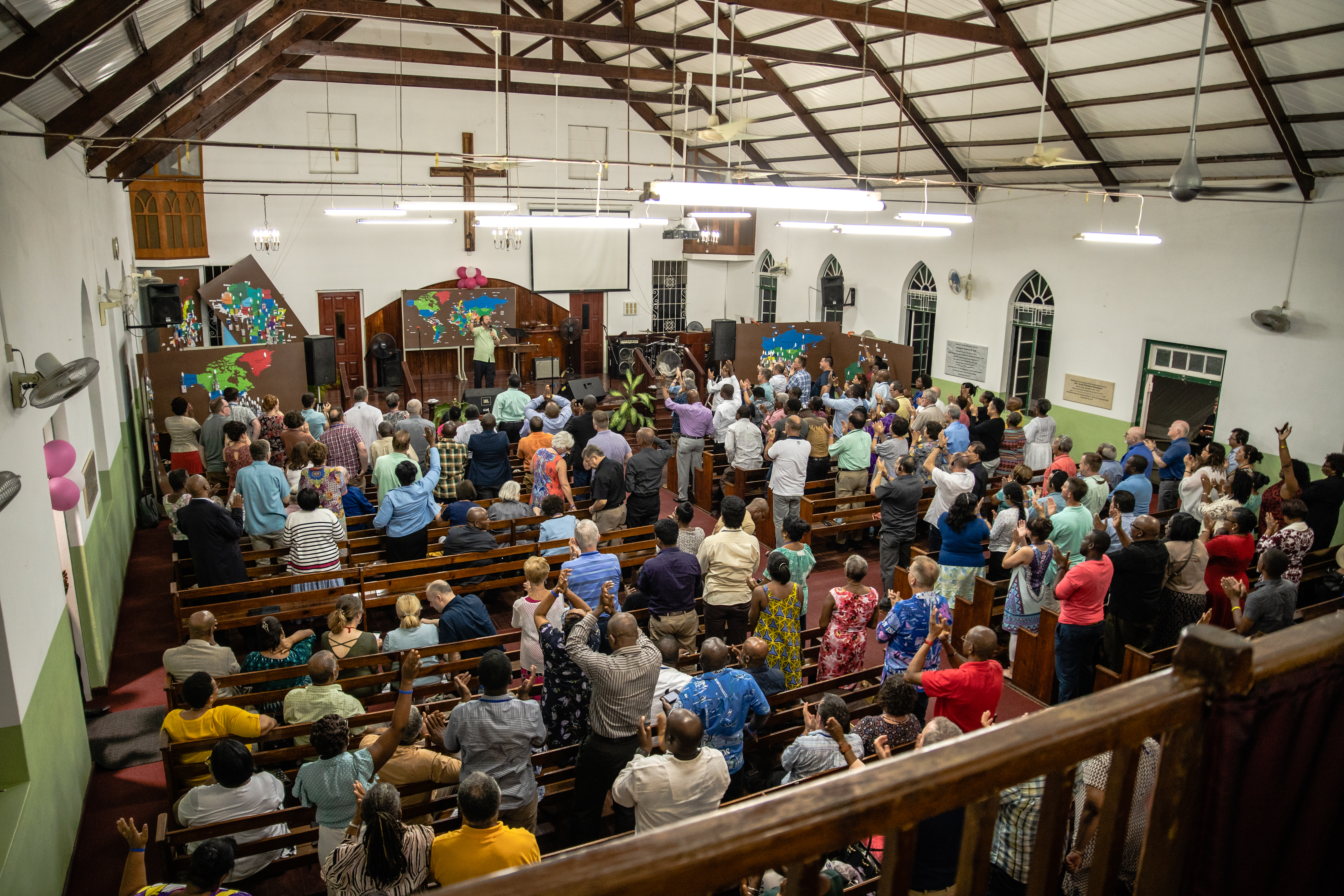 More than 200 Wesleyans from over 50 countries gathered in Bridgetown, Barbados for worship, business, training and connection.

More than 200 Wesleyans from over 50 countries gathered May 12-15 in Bridgetown, Barbados for the fourth International Conference of The Wesleyan Church (ICWC). The event consisted of worship, business, training and deep connection shaped by the conference theme, sending Wesleyan Church missionaries from “Everywhere to Everywhere.”

Rally speakers and their topics included:

The ICWC business meeting included the expansion of the International Board from seven members to twelve. In addition to the ratification of the three General Conference superintendents (Cumberbatch, Schmidt and Guillermo) and the treasurer (Global Partners Executive Director Jackson), Thabili Thwala of Swaziland, was re-elected secretary.

New to the International Board are the three leaders of the established conferences, including Rev. Rex Rigby, president of the South Pacific Conference; Dr. Stephen Elliot, National Superintendent of the Canada National Conference and the to-be-named superintendent of the Ibero-America Regional Conference. New leaders were also chosen by area caucuses: Dr. Albert Kalembo, bishop of the Pilgrim Wesleyan Church of Zambia (Africa); Seema Justin, principal of Vapi Wesleyan School (Asia-Pacific) and a leader to be announced from the Caribe-Atlantic area. In addition, the conference voted to select a representative from the pioneer areas to extend the International Board to 12 members.

The final gathering, held at White Park Wesleyan Church, called attendees to select a luggage tag of their country’s flag and prayerfully place it on a map over a different country they felt God was prompting them to reach. The response was significant and the prayers fervent for God to send The Wesleyan Church from everywhere to everywhere.

“The presence of the Holy Spirit was felt throughout the International Conference of The Wesleyan Church in tangible ways,” said Jackson. “To stand alongside women and men who are faithful through persecution, cultural barriers, desert seasons when hard soil does not yield harvest, as well as places of great fruitfulness, and see their determination to continue to serve, to reach, to share, is inspiring and convicting. God is calling The Wesleyan Church from everywhere to everywhere, and we will go.”