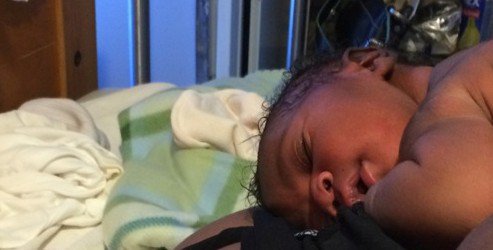 A doctor gives his account on how lives are being saved at La Gonave Hospital in Haiti, including a baby in distress.

Many have prayed for the work in Haiti for this month and the next as we enter a busy time with some of our doctors doing clinics around the island for compassion-sponsored schoolchildren.

Earlier last month we admitted a 25-year-old alcoholic man with a complicated illness of a few weeks’ duration; the admitting doctors had doubts he would live. He had been in the Dominican Republic where treatments had not helped him and then had come home to La Gonave. I was asked to consult after a week of various treatments in our hospital had not brought any improvement. We came to a diagnosis of abdominal tuberculosis and within days of being on treatment he had improved significantly. When I went to see him on the day he left the hospital I didn’t even recognize him, he looked so good! Best of all was that through the prayers and encouragement of his family and the medical staff he had committed to staying free of alcohol and living his life for Jesus from now on. A new creation: the old has gone, the new is here (2 Corinthians 5:17).

A week or so later a man in his 20s came to the emergency room having been stabbed in the back during a fight. He seemed to be doing well, but by the next morning he was having significant breathing problems. By the time the doctors caring for him realized that he was in trouble it was too late for us to send him to Port-au-Prince by helicopter (or any other means). His left lung had collapsed and the space was filling with blood and air due to injuries from the knife wound. By God’s grace and a phone consult in Michigan (thank you, Byron Druzgal!) we were able to put in a chest tube and get his lung re-inflated. Five days later he left the hospital doing very well, after having a number of people pray with him and encourage him to change the direction of his life.

Finally, a surgical team from Canada arrived last week and on the evening of their first day they assisted us in a cesarean section for a woman whose baby was in distress. The baby was born with a very low heart rate and not making any breathing efforts. The visiting team helped us intubate and breathe for the baby for over two hours before this little girl finally started breathing on her own. When I went to see the baby the next morning she was doing great! She breastfed that day and went home a couple days later with absolutely no sign of having had such a difficult first hours of life. What wonderful and resilient bodies God has given us!