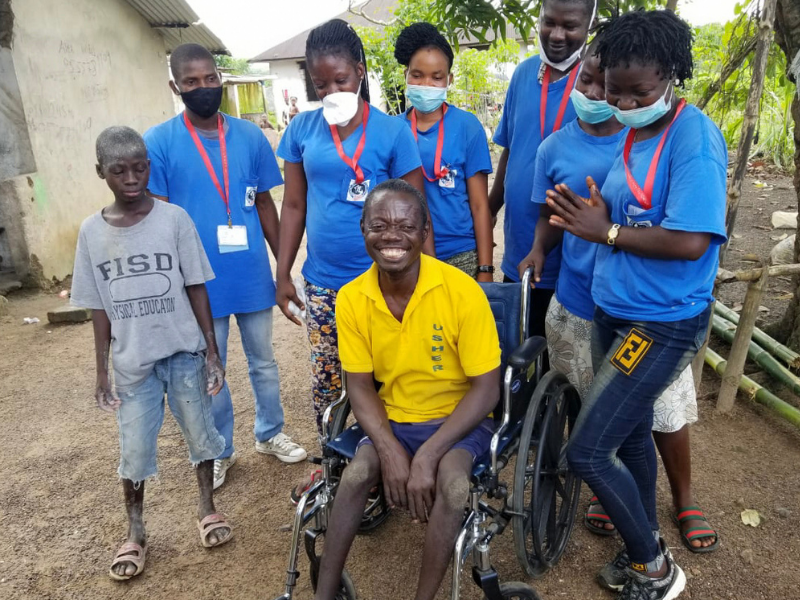 Through These Hands meets everyday needs

Discarded socks and medical supplies lead to the formation of a nonprofit organization that is helping to change the world.

Discarded socks and medical supplies in a Pennsylvania hospital led to the formation of a nonprofit that is changing lives around the world.

Dorene Shannon, a member of Bethany Wesleyan Church in Cherryville, Pennsylvania, was a nurse at Lehigh Valley Hospital in nearby Salisbury Township when she noticed that slipper socks— provided to patients after admission to the hospital — were discarded after each use. In 2000, with a family friend preparing for a mission trip to Kosovo, Shannon and fellow hospital staff began collecting patients’ slipper socks to send overseas. By the time the Kosovo trip arrived, 500 pairs of socks had been collected, bleached, washed and ready to go.

“‘Oh, this was a random act of kindness,’ I thought,” said Shannon. “But then I kept collecting them and giving them to the rescue mission or the Salvation Army. We were able to send some to Zambia, Africa, in a package the church sent.”

As Shannon and her husband, Bruce, continued to collect and clean slipper socks, another nurse (hearing about Shannon’s penchant for donation) mentioned frequently discarded medical supplies from the operating room, and wondered if the Shannons might know of a better use for them. “If a patient procedure was cancelled for any reason, the opened medical supplies were discarded,” said Shannon. “This is to prevent cross-contamination, but many of the things discarded from the operating room are useful for wound care.”

Shortly thereafter, the hospital donated otherwise-discarded medical supplies, which Shannon saved to help with disaster relief overseas. Then Shannon was invited to speak at the church about the work she was doing. After her Sunday-morning talk, a congregant approached Shannon, mentioned that an injured relative had unused prosthetic limbs, and wondered if Shannon might have any use for them. “Sure!” she said.

That same willingness to say “yes” to local and global needs led Shannon from collecting slipper socks in their sunroom, to keeping medical supplies in their garage and then into a warehouse that now houses Through These Hands, a steadily growing nonprofit.

The Shannons were invited to travel overseas to catalog, organize and distribute other organizations’ supplies, even as “Through These Hands” has distributed their own supplies in 68 countries around the world.

Their latest efforts have focused on helping young women in various countries affected by, or at risk of being affected by, human trafficking. After hearing that human traffickers are less likely to approach well-dressed women and girls, Shannon began recruiting seamstresses in her community who would be willing to make pillowcase dresses to send overseas.

According to Shannon, the response was incredible.

“Some seamstresses reported running out of pillowcases and starting to buy material to sew dresses,” Shannon said, “One lady in our church said, ‘I pray over every dress as I make them, for the girls who are going to receive them,’ and another [lady] hands us a bag of dresses she’s made just about every other week.”

The Shannons’ dress effort has sent hundreds of dresses to a country in Africa, with the most recent shipment containing 408 dresses. Collecting supplies for global mission is part of Dorene and Bruce’s ongoing belief that laity have a load-bearing responsibility to wrap their lives (time, resources and talent) around God’s priorities.

“There are so many opportunities,” Shannon said. “Talk to God and see what he would have you do —volunteer, give, use your talents, collect things, pack or unpack a truck.”

The work of Through These Hands is a fresh reminder of the importance of familiar things (our jobs, our neighborhoods or even the discarded materials in our workplace) as tools within which God can move.

Learn more about Through These Hands.