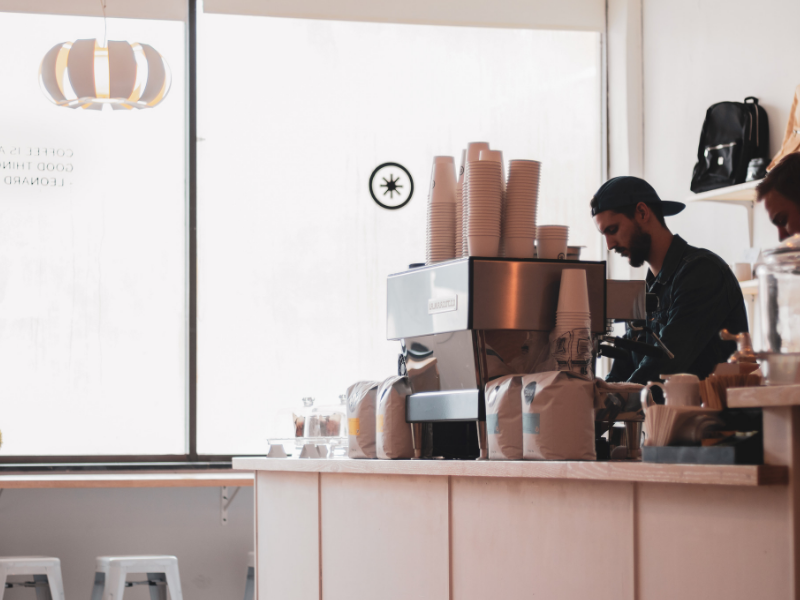 A one-year-old church plant in North Carolina has opened a coffee shop to reach its communities.

“We hope to use coffee as a way to create a presence in the heart of North Carolina’s third largest city and one of the largest college towns in the southeast United States,” said Pastor Spencer Loman, United City senior pastor.

“After months of planning, dreaming and praying, Union became a reality,” Loman said. “At UCG, we have a heart to create culture and to ‘seek the peace and prosperity of the city’ (Jeremiah 29:7). This is one way we are doing that. Coffee has the ability to foster dreams, relationships and a sense of unity.

“The definition of Union is, ‘the state of being united,’ and that aligns perfectly with the vision of UCG.”

Daniel Davidson, a UCG member and self-proclaimed coffee connoisseur, sensed God pulling him toward being involved in running Union Coffee Co. After some time of prayer, he left his corporate job as a credit analyst to run Union.

Davidson initially advocated for the coffee shop to be open only on the weekends, so he could check off the “following God’s call box while still being able to maintain a certain level of control in my life.” But God kept prompting Davidson, compelling him to step out in obedience, which meant quitting his job to serve at the coffee shop full time.

“If someone told you they had decided to leave their new job in a career field they had spent nearly a decade in, you’d probably think they were crazy, right?” said Davidson. “That’s exactly what God was calling me to do. Often when we read about people in the Bible and what God called them to do, more times than not, it seems crazy. And that’s because his call puts us in a position that requires full faith and trust in him. His call for me required and still requires me to put my full faith and trust in him.”

“We hope Union can be a space where people gather, and small events can take place,” Loman said. “We are hosting pop-in communion and prayer on Wednesday evenings during Advent and have special red-stamped cups that, when selected out of the stack, gives the customer a free cup of coffee. We hope to provide coffee for the homeless this winter. And want to host a midweek Bible study space.”

Union Coffee Co. is a fully functioning coffee shop in downtown Greensboro and completely owned by UCG. It specializes in craft coffee from local roaster, Black and White, as well as curated retail. One hundred percent of the coffee shop’s profit is used to further the UCG mission, locally and globally.

Among the goals Loman has for Union is that folks encounter Jesus on a regular basis as they filter in and out of the coffee shop, seeking to transform Greensboro area ZIP codes with the gospel one cup of coffee at a time.