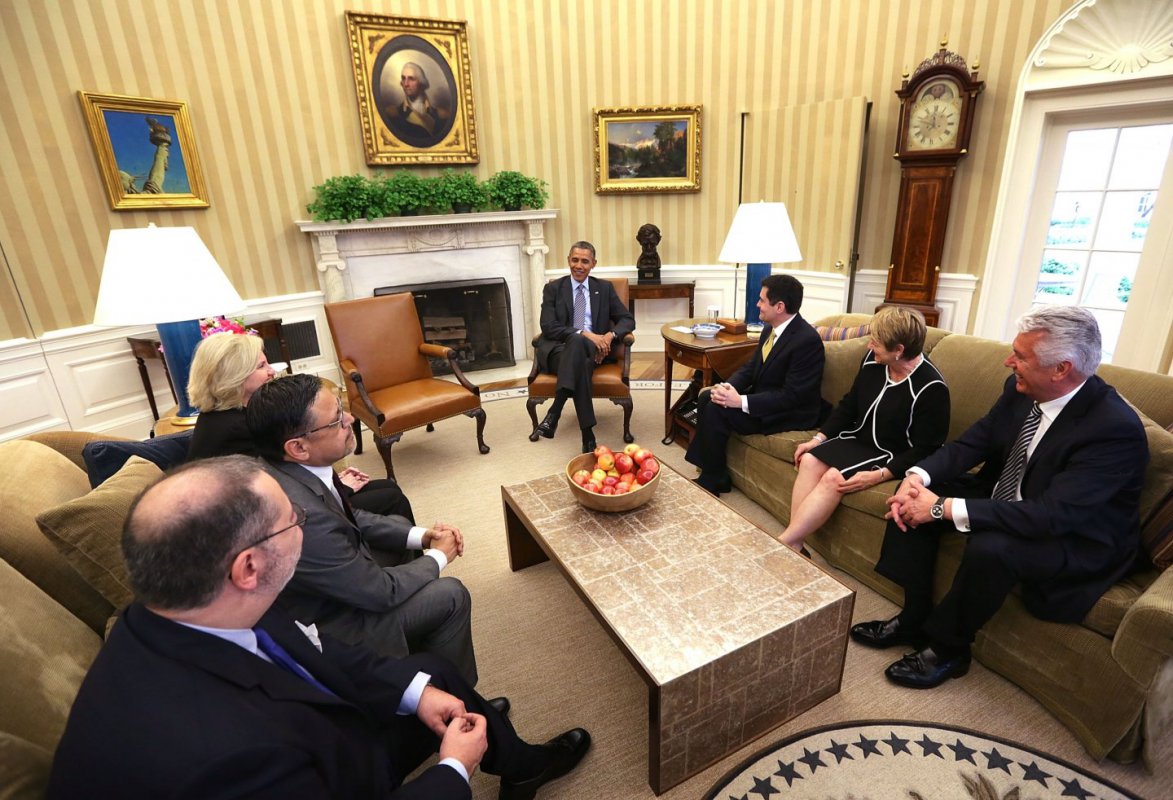 Today I had the honor to represent The Wesleyan Church in the most powerful place in the world, the Oval Office. As I sat in proximity to such power my heart was aching for ​those without power...

I am grateful that I can represent a church that not only believes in but also makes a practice of welcoming the stranger. Today I had the honor to represent The Wesleyan Church in the most powerful place in the world: an Oval Office meeting with the President of the United States.

As I sat in proximity to such power my heart was aching for those without power, specifically the immigrants among us.

I shared with the President about one of our Wesleyan Pastors, Rodolfo Piedra, who was detained as he was trying to help someone. In the process he was moved from location to location and could not be found.* Our Wesleyan family began to search from Arkansas to Texas to New York as he was detained for several months of confusion and miscommunication. Sadly this story is repeated over and over again. Our immigration system is in deep need of reform.

Immigration reform will not only bring a more enforceable rule of law and ethical treatment of the suffering but also boost the economy in a variety of ways and honor what makes our country so special. Wesleyans oppose and condemn unjust laws directed against the immigrants among us. We have committed to act as advocates for justice in this.** We Wesleyans risked our lives for the abolition of slavery. May we also risk, pray, and fast that commonsense immigration reform will pass in the next few months so our brothers and sisters may know freedom and continue to share the love and power of the resurrection.

I believe we have reached a season of critical urgency in the matter of immigration in the United States. Many of our pastors and lay people have been working to communicate with their representatives on this issue, carrying the torch of our unique Wesleyan way of engaging holiness of heart in hopeful social justice so that lives, churches, and communities might be transformed.

I have good news: Pastor Rodolfo was finally released from the detention center after receiving help through our new coalition working on immigration issues. As Rodolfo walked out of the detention center the others there from China, India, Nepal, Indonesia and many from Latino countries began to clap and chant his name loudly. Why? He had led 15 men to Christ while there, and one was miraculously healed. In what must have felt like the most powerless moment of his life Pastor Rodolfo showed where the true Power lies: Jesus Christ!

As powerful as the man is who invited me into his office today, we serve a higher King of Kings and Lord of Lords whose office is above all and whose seat is called “Mercy.”

I’m pleased to say that everyone in that powerful office today acknowledged the ultimate power of God. The President requested that we form a circle and hold hands. He asked my dear friend Noel Castellanos to pray and he did so in Jesus’ name, so that God might move our hearts to help our nation welcome the stranger.

May God get all the glory if that were to be in these critical months of 2014.

[Editorial note: If you are a pastor and would like to follow Dr Lyon’s example speaking up for the immigrants among us please follow this link and participate in the Pastors For Reform event on April 29, 2014.]

*This story about Pastor Rodolfo is found in Spanish on page 12-14 of the latest issue of Wesleyan Life and an excerpt is found in English on page 14. Read the issue online here.

**The Wesleyan Position statement on Immigration concludes with these lines: “As Wesleyans, we oppose and condemn all unjust and harsh laws, policies and measures directed against immigrants among us, whether documented or undocumented. We will act as advocates for just and humane policies for all people by all levels of government and in all parts of society.” Read our position on immigration here.