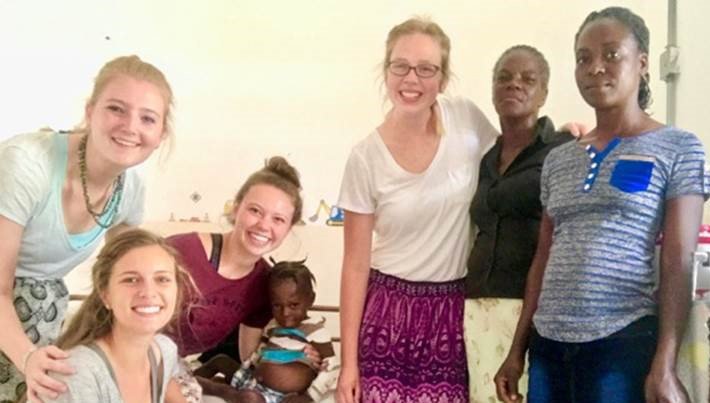 The Wesleyan hospital on the island of La Gonave in Haiti continues to be an outpost of hope.

Roudinio is a 21-month-old boy who was admitted to the hospital with severe shortness of breath. An X-ray showed a large accumulation of fluid outside his right lung that had actually caused the lung to collapse and pushed his heart over. He was diagnosed with tuberculosis. The infected fluid was removed, a chest tube inserted, TB medications begun and lots of “TLC” were given by Indiana Wesleyan University nursing students studying abroad.

The grandmother, who had been caring for Roudinio since his parents had entrusted him with her when he became ill, walked around the ward with her hands raised in praise to God when she saw the infected fluid removed. She became very attached to the students who cared for her grandson. When the grandmother was unable to pay for his hospitalization and treatment, the indigent fund was available, and free TB medications are offered in the clinic. Now there is hope for his full recovery.

Dalenson, only 18 months old, first came to the clinic as a result of a pilot who landed on the dirt airstrip on La Gonave and noticed his blindness. The pilot told Dalenson’s grandmother that he would help with costs to have him examined at the clinic. There, he was diagnosed with cataracts that he had had from birth.

People were made aware of Dalenson’s need for surgery, and miraculously, $1,600 was raised. Dalenson had the cataracts removed and lens implants were done in Port-au-Prince with a Haitian surgeon. He is slowly recovering, but his vision is gradually improving and he does see. We are thankful for all the people who have helped to coordinate his post-op visits to Port-au-Prince and to provide the finances for a family that would have had no hope of raising the money necessary for this kind of surgery.

Thanks to all those who continue to give and serve so that a ministry like La Gonave Hospital continues to make a difference for countless people.

Pin photo: Roudinio’s family poses with IWU students on the day of his discharge.

Photo: Dalenson is pictured with Nesly, a young man from La Gonave, whose job includes traveling to the city with the family and who has helped them navigate through surgery and post-op follow up visits. 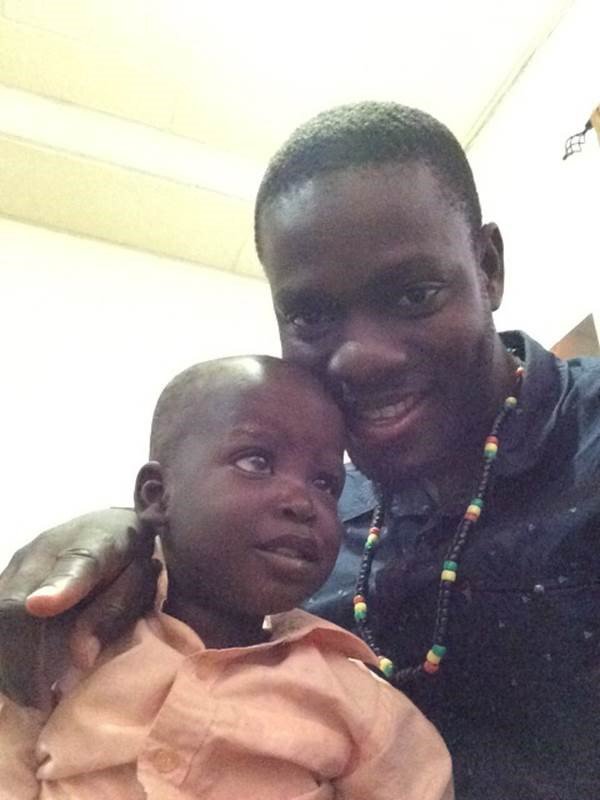