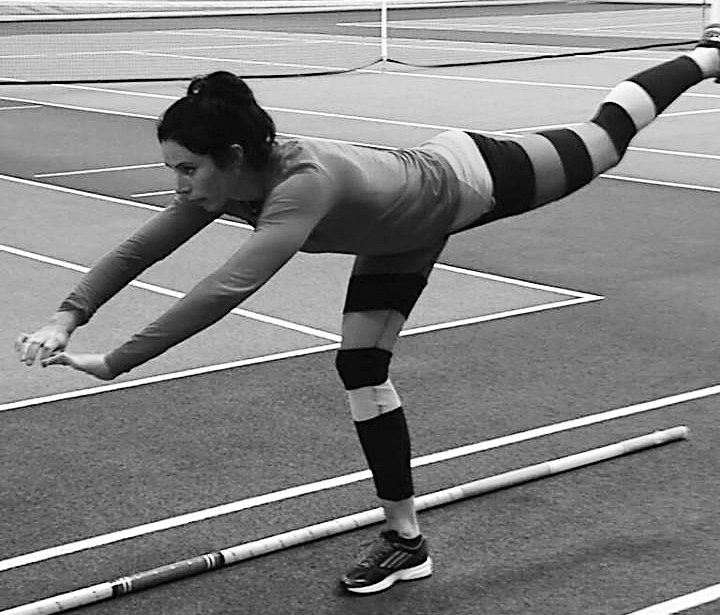 Jenn Suhr won gold medals at the 2008 Olympics in Beijing and in 2012 in London. Currently, she uses the Houghton facility twice a week as she trains for the 2016 Olympics.

Suhr won gold medals at the 2008 Olympics in Beijing and the 2012 Olympics in London. She also holds the world indoor record for pole vault as well as five indoor and four outdoor pole vault records. Suhr is currently in training to compete at the 2016 Olympics.

Suhr has a training facility at her home in Rochester but finds it is too cold to train during winter months. After attending KPAC’s grand opening ceremony in September of this past year, Suhr’s husband and coach, Rick Suhr, contacted Houghton to inquire about training at the new facility. Both make the trip to Houghton about two days a week to train.

In response to the added media attention, Athletic Director Skip Lord commented on having an Olympic-caliber competitor training at Houghton College.

“Prospective Houghton students still in high school, especially those we bring in for track meets, may be more drawn to the college because of this.”

With the new indoor track, Houghton has already held multiple high school and college-level meets bringing in thousands of competitors and their families and creating not only business for the college but also increased revenue for the local economy and surrounding communities.