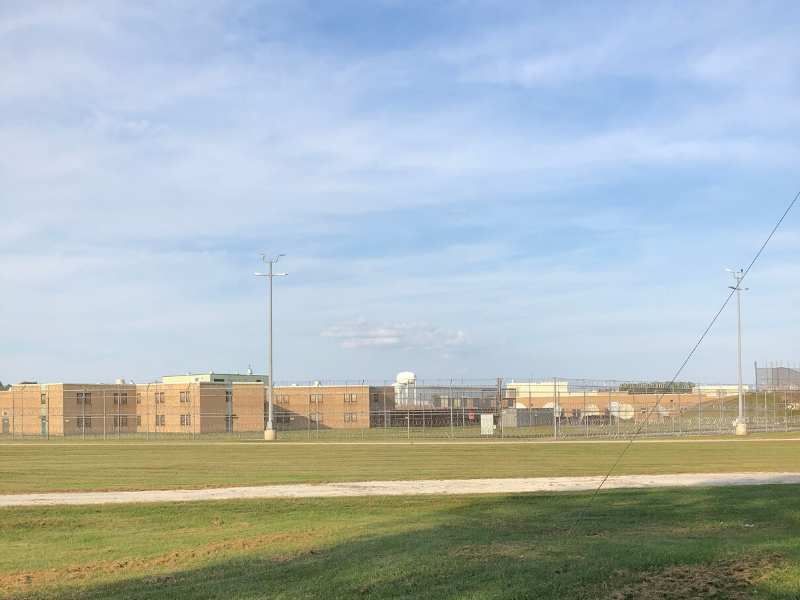 “People are always asking me how I ended up like this, in prison," said Bryan. Now he's a Christ follower and making an impact behind prison walls.

“People are always asking me how I ended up like this, in prison. I was smart when I went to school. I knew a lot of the answers. But school learning wasn’t something I could worry too much about when I was growing up,” said Bryan*, as we sat inside the prison chapel with about 150 other men inside one of the Indiana Department of Corrections facilities.

“When I was 8, my mama got picked up for cooking drugs when me and my sister was at a neighbor’s house. When the neighbor sent us home, mama was gone and we was all alone. That’s when I started looking after the both of us.”

Bryan paused in his story and stared into space for a minute. It was obvious the story was painful, but I could tell he wanted to keep talking. He continued.

“Mama died in jail from the drugs. She overdosed the day after she was arrested. When the neighbor came to tell us Mama was dead, she brought us a loaf of bread and a jar of peanut butter. She told me I was in charge now, and to take care of my little sister. That night I made peanut butter sandwiches for the both of us. My sister was 5. That was the last time I saw the neighbor lady. She was gone the next morning. She up and moved away. So, I got my sister dressed and made sure she got on the bus for school. After she went to school, I got a job in the streets.”

Bryan continued to tell me a story of brokenness that included abuse, drugs, crime and violence. He lost his little sister to the foster care system years ago and doesn’t know where she is today.

“I wasn’t gonna go to no foster home,” said Bryan. “But I’m glad she got a chance to be with good people. She deserved that. Me? Nah, I made it work on the streets.”

It did work for him. At least for a while. But one fateful day a drug deal went wrong and someone lost his life. Bryan is only 23 years old — serving 25 years in prison for murder.

In the latter part of 2018, God called me to work inside prison. I never would have chosen this path for myself and prior to November 2018, I had never stepped foot inside a prison. My pastoral future was very clear. I was on the ordination path, I had completed all of my classes and I was finishing up my supervised ministry at an incredible multisite church. In my pride, I knew this was my future and I saw no reason to question or further seek God’s will regarding my ministry assignment.  Through a devastating change of circumstances, God sent me on the prison-ministry journey after I prayed the most dangerous prayer a pastor can pray: “God, send me where you want me.” Not only did God send me to prison, but he sent me inside prison to work with men.

It seems odd to many that a female pastor would work with male offenders inside the prison system, and I get many questions about the “distraction” my gender might cause the men. The truth is, I think this ministry works so well because I am a female pastor. Most of the men inside the prison system grew up without a man in the home. They grew up within a matriarchal system of mothers, grandmothers and aunts who loved, supported and raised them in the absence of a father figure. The offenders attend discipleship groups without the bravado they usually wear for one another; they are willing to be vulnerable and transparent about the sin in their lives and they are open to Scripture-based counsel, correction and redirection. I am grateful how God opened my eyes to this underreached mission field and for giving me a path to minister to the least of these.

When I prayed for God to send me where he wanted me, the vision for a ministry called Mercy Unleashed was born. We seek out offenders who already 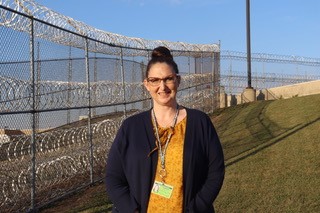 know Jesus as Savior. There are many wonderful evangelistic ministries that go inside prisons but few that focus on the discipleship of new Christians and teach them how to become disciple-makers. Mercy Unleashed holds weekly discipleship groups inside the cellblocks, giving the men opportunities to learn and lead; to be held accountable and to learn how to help others with accountability; to recognize their sphere of influence inside the prison and within their family; and to make disciples who make disciples.

A very obvious spiritual battle can be felt inside the walls of prison. An oppressive darkness permeates the halls of correctional facilities and hopelessness spreads like a virus. Yet at the exact same time, there is much joy, peace, and hope to be found as the radiant light of Jesus shines from those who have met their Savior while in prison. I was expecting and prepared to encounter many things as a female pastor inside prisons full of men. Hope was not one of them. Turns out, there is hope in prison, and it is unmistakable.

God uses broken people to do amazing things. In Scripture, you can find examples of the most unlikely individuals being called by God to do his work. Take Paul, for instance. When we meet him, he is known as Saul, a cruel, ruthless and feared leader in the fight to eliminate followers of Jesus. Scripture tells us that he breathed, “threats and murder against the disciples of the Lord” (Acts 9:1). However, on the road to Damascus, everything changed for Saul and Jesus gave him not only a new name (Paul), but new eyes to see the world. Paul went on to champion the name of Jesus from city to city, preaching the Word and discipling the masses.

Like he did with Paul, God is revealing himself to prisoners, lifting the scales from their eyes and, in return, these men are claiming their royal lineage. They are learning to see themselves as God sees them and to understand their worth and identity can only be validated through God himself.

Paul’s story leads me to believe that the next great Christian revival in the United States will happen inside prison. Prisons are overcrowded with people looking for answers and direction. The mission field is so great that God frequently brings to mind the verse, “the harvest is plentiful, but the labors are few” (Luke 10:2). Prisoners want to learn more about God, want to become disciples of Christ, want to rise up and spiritually lead their families from behind the walls of prison. But the laborers are few.

I have met men who will be incarcerated for the rest of their lives yet they know true freedom found in Christ. They stand out like a candle in a dark room, radiating joy, hope and freedom through the Holy Spirit. These men know that regardless of what society thinks of them, God deems them as worthy, forgiven and redeemed.

Remember Bryan? As only God could orchestrate, Bryan was fortunate enough to be put in a cell with a man named Darius*, who attends our discipleship groups. Darius told Bryan about Jesus, and he placed his faith in Christ. Now Darius disciples Bryan, who is improving his reading and comprehension skills by studying a storybook Bible.

In our last conversation, Bryan said to me, “Pastor, I was reading my Bible book you got for me and it’s different from other books I seen. This book gives me those bumps on my arms when I read it. I ain’t never had that kinda feeling before when I was looking at a book. I like it. It’s a happy feeling, like I ain’t alone no more.”

May the Lord’s mercy continue to be unleashed and his transforming presence be known in cellblocks across Indiana and beyond.

*Names have been changed.

Bernie Haddad is the founder and executive director of Mercy Unleashed Compassion Ministries.