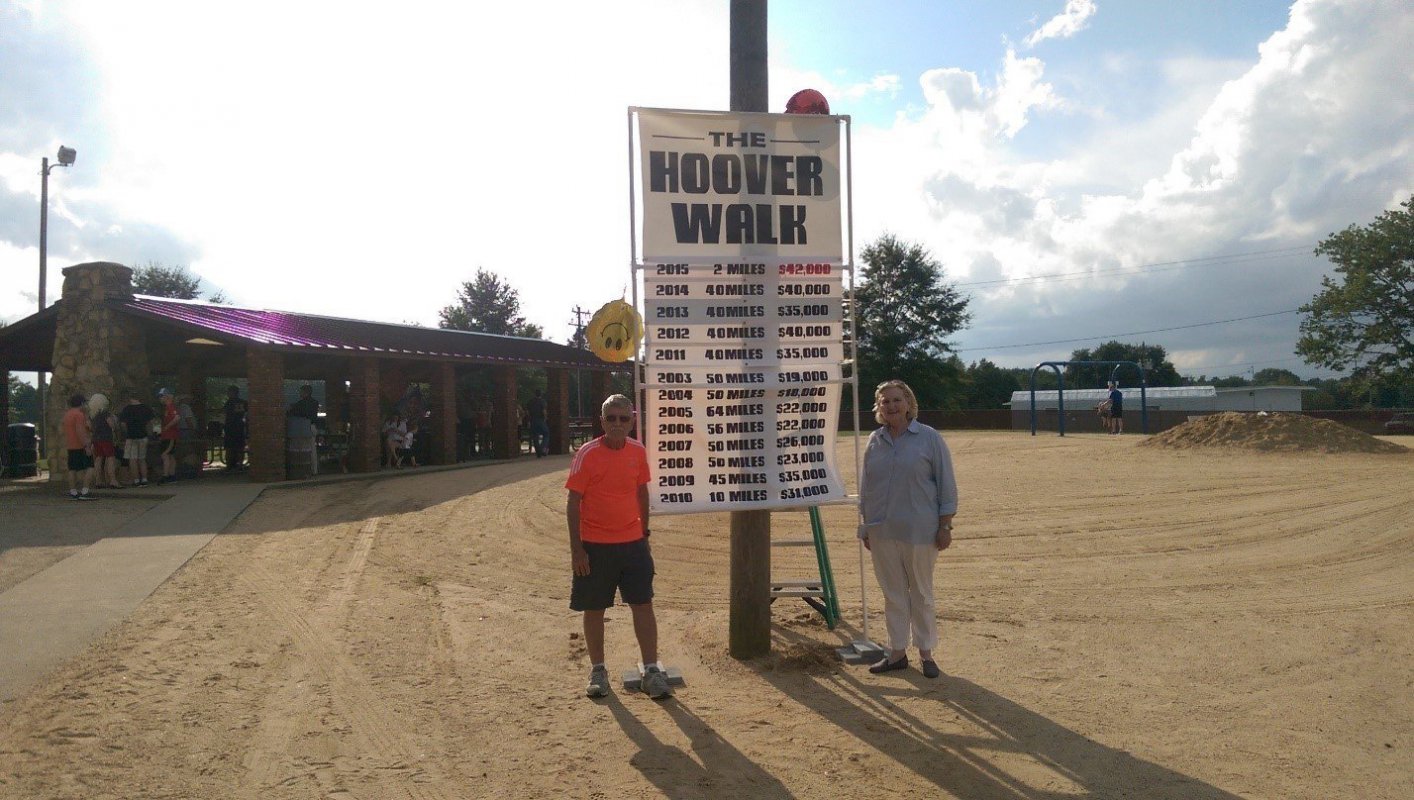 Earlier this month, one of our donors, Larry McAlpine, hosted his annual fundraiser in an effort to help the more than 700 million people drinking contaminated water around the world. Larry knows that dirty water is no joke. In fact, it kills more people every year than all forms of violence, including war.

To help support World Hope International’s Clean Water Wells & Sanitation (WASH) program, Larry has hosted a fundraising walk on his birthday (August 5) each year since surviving a near fatal heart attack in 2003. Larry is passionate about this crucial program, which aims to equip some of the world’s most impoverished communities with access to clean water, and has drilled over 1,000 wells that impact more than 700,000 people worldwide.

Titled “The Hoover Walk” in honor of Larry’s friend, Pastor Hoover Smith, the annual fundraiser has raised more than $450,000 for various projects since its inception in 2003. Specifically, in 2015, the Hoover Walk helped WHI to complete nine new wells that today serve 6,117 people, saving many lives even while Larry battled for his own. Diagnosed with stage 4 stomach and esophageal cancer in 2015, Larry’s prognosis was extremely poor. In the midst of radiation and chemotherapy sessions, Larry stood before supporters at the 2015 walk and said, “I am not finished with his [God’s] work! I just hope he deems me worthy and gives me the strength and courage to continue.”

One year later on August 5, 2016, Larry stood before the crowd and WHI Founder, Dr. Jo Anne Lyon, not only a survivor of a near fatal heart attack but now cancer-free. What an amazing testimony to God’s grace, Larry’s faith, and his deep desire to serve God with all his strength.

We would like to take this moment to personally thank Larry—and all of our donors like him—for his courage, dedication, and inspirational faith. It takes real people like him to help real people in need.