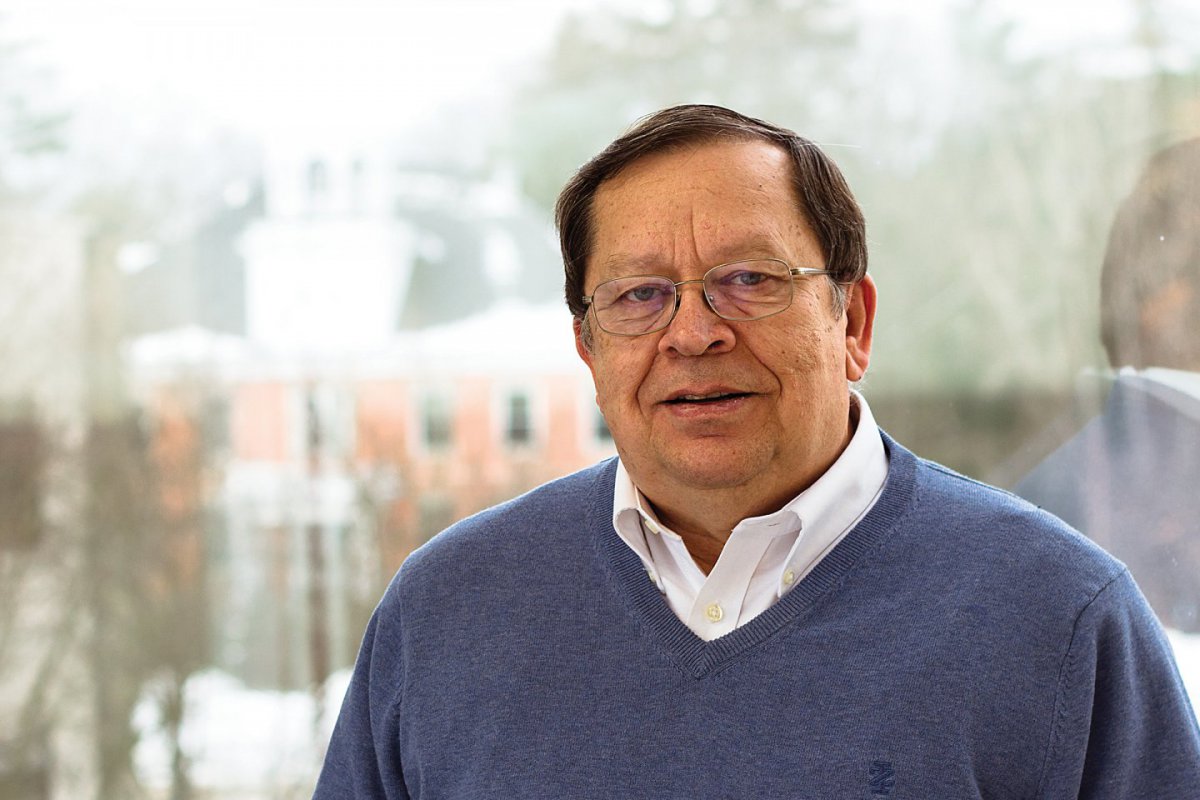 Walters to retire after 20 years of teaching

After 20 years of teaching and faculty leadership at Houghton College, well-respected professor Michael Walters will retire this year.

Longtime Houghton College professor, Michael Walters, will retire from his current position as associate dean of the area of religion and global service and chair of the department of biblical studies, theology, and philosophy. This will bring to an end a career on the faculty at Houghton spanning two decades.

Walters first came to Houghton as the pastor of Houghton Wesleyan Church in 1982, remarking “I originally came thinking it was going to be for one year, and I still haven’t left. So it was kind of a surprise.” In 1995, the college asked Walters to join the faculty as a professor in what is now the department of biblical studies, theology, and philosophy. During his time here, as well as being named chair and associate dean, he has assisted with the hiring of faculty like professor Jonathan Case, the establishment of the Woolsey lectures, and the recent accreditation of the theology major. Additionally, Walters created the spiritual formation class which has been “probably [his] favorite course over the years.”

Kristina Lacelle-Peterson, fellow theology professor, remarked on Walters’ “amazing service” to the college. She particularly noted his importance as an “inspirational” mentor in the ministerial program, which is “a service that this college offers to The Wesleyan Church in particular, but offers in general to students who are preparing for ministry.” The ministry program at Houghton is important, she said, because it is “central to the faith development of most Christians to have strong preaching and pastoral care and fellowship and worship” at their churches.

Building relationships with other faculty members and students was one of the most rewarding parts of teaching at Houghton for Walters, who said it was “a wonderful thing to watch [students] develop… and to know that you had just a small part helping to form them.” Former student, Veronica Gerace, said she admired Walters’ wisdom and stated that he teaches theology in a “very clear and concise way.” She also said she used the lessons she learned during the class to answer the questions of summer camp kids she worked with during her time on the Houghton travelling ministry team last summer.

According to Lacelle-Peterson, the ministry courses Walters currently teaches will be distributed among the biblical studies and theology faculty, all of whom are ordained and who have worked in churches. The department is currently undergoing a search for a new associate dean as well as a chair of the department. Any positions will be hired internally. She stated both of these topics are an ongoing conversation between members of the department and Academic Dean Linda Mill-Woolsey.

Walters said retirement will allow him more time to spend time with family, including his children and grandchildren. His immediate plans are to stay in the area. Despite not initially intending to live in western New York for so many years of his career, Walters remarked, “I obviously love this institution and have been shaped and formed by it and this community in a variety of ways.”