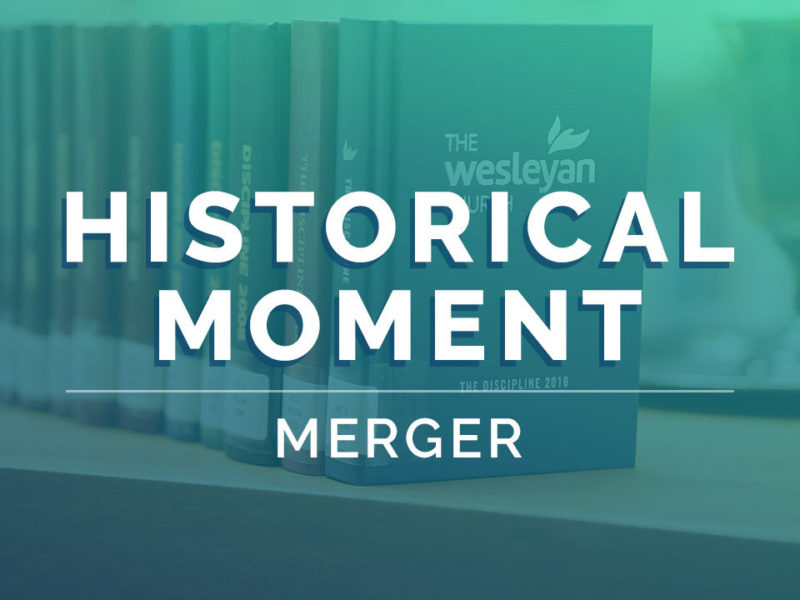 As we approach the 14th General Conference in May, we look at how far we have come since the 1968 merger of two denominations that came together to form one church, under God.

You can’t really know where you are going until you know where you have been. This sentiment has been quoted in various forms by famous authors and poets such as Maya Angelou and Joyce Carol Oates, and no doubt by many pastors and politicians. 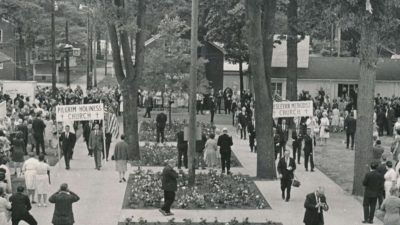 For us, The Wesleyan Church, it is important to trace our beginning back to some brave souls in two other denominations who, in 1959, had the audacity to attempt a merger. That effort failed. But they persisted and, in 1966, the Pilgrim Holiness Church and the Wesleyan Methodist Church voted to merge.

From that historic vote, at a merging General Conference of 1968 convened in Anderson, Indiana, The Wesleyan Church was born under the banner of “One — That the World May Know.” We owe a debt of gratitude to those willing to stand up, speak up and see the future in 1959 and in 1966. 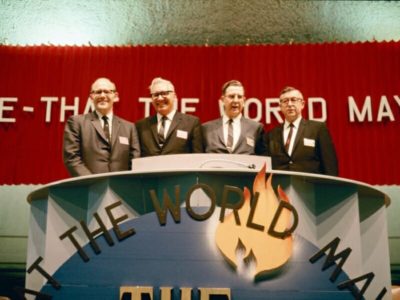 This future vision needed time to become reality. Authors Robert Black and Keith Drury record in “The Story of the Wesleyan Church,” that this historic assembly would take “a great deal of work” even “after the lights were turned off in Anderson.”

The merger was official on paper but the practice and identity of being The Wesleyan Church took “the ministry of the Holy Spirit.”

That 1968 General Conference laid the foundation for The Wesleyan Church. Prayerful submission and compromise were involved as former Wesleyan Methodist and Pilgrim Holiness church members voted to keep tenets such as equal representation by lay and ministerial delegates at district conferences; patterning Articles of Religion after the 39 Articles of the Church of England; creating local boards of administration and a United Stewardship Fund based on a percentage of each local church’s income; and requiring churches to pay a pastor’s pension.

These types of decisions, made at General Conference, impact a denomination’s trajectory, as well as people’s lives. This gathering is where delegates conscientiously and reverently weigh proposals that shape who we are as a faith family. 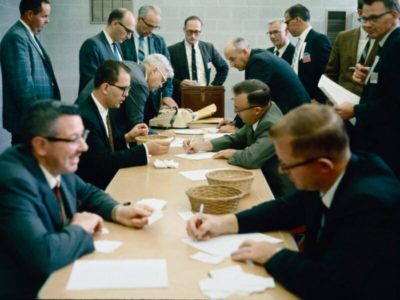 Church members don’t always see some impacts of decisions made at General Conference in the same way that those in General Church or district leadership see them. There are long-range consequences, positive and negative, that shape our future. We have the opportunity to gather each quadrennium to corporately further our mission, seeking to move as the Spirit leads.

We are again reminded, as we prepare for the 14th General Conference this May, of those who went before us, who set the vision and wrote doctrinal commitments that continue to this day, more than 50 years later. As Christ followers first and foremost, and Wesleyans second, we owe it to ourselves and to those we want to reach for the Kingdom to prayerfully and humbly pray for the delegates we have elected to make these decisions on our behalf.

*This article is the first in The Wesleyan Church’s Historical Moment series.

**“The Story of The Wesleyan Church” may be purchased from Wesleyan Publishing House.