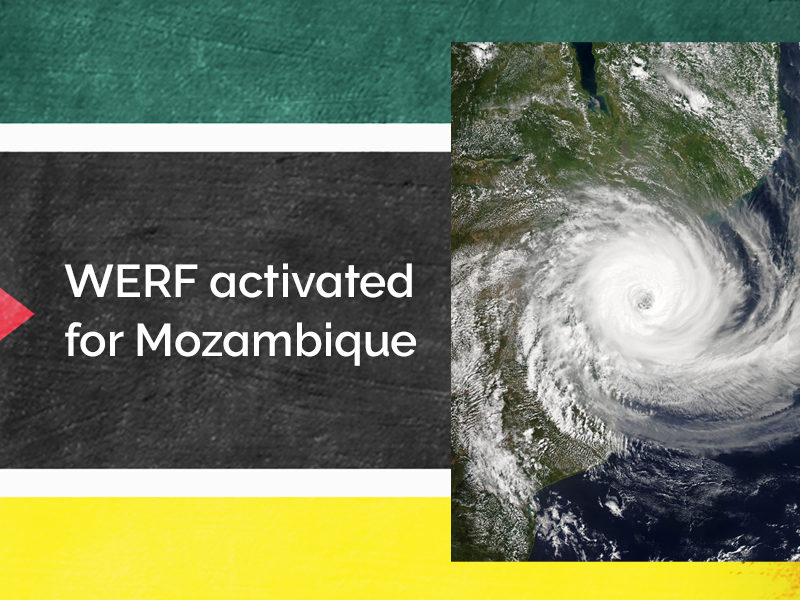 According to The Washington Post, Cyclone Idai could be the deadliest storm in generations to hit the impoverished southeast African country of 30 million people located along the Indian Ocean. More than 1,000 people are feared dead from the storm that stuck this past weekend.

“According to the Red Cross,” Pickett adds, “it has been reported that 90 percent of the city [Beira] is destroyed…most of the roofs have blown off and many of the buildings have been destroyed. Some of our pastors in that area have reported that all of the Wesleyan churches have collapsed or disappeared completely.

“Pastor Domingos Patricio, who pastored our largest church in Beira and which the national church invested heavily in its construction, has reported that the church is totally gone. He said there is only sand where the church stood. On top of all that, it was reported today that a dam collapsed from the heavy rains flooding the only road that was open for going in and out of the city, making it impassable.”

The communication ended with, “We haven’t heard if any of our Wesleyan members have been lost, but it has been estimated that the death toll could possibly reach 1,000+. Communication has been slow coming from our church leaders in that area.”

World Hope International (WHI) is assisting The Wesleyan Church by providing immediate relief in the form of free airfare to transport relief teams and cargo shipments.

Visit WHI if interested in serving on a Mozambique relief team.