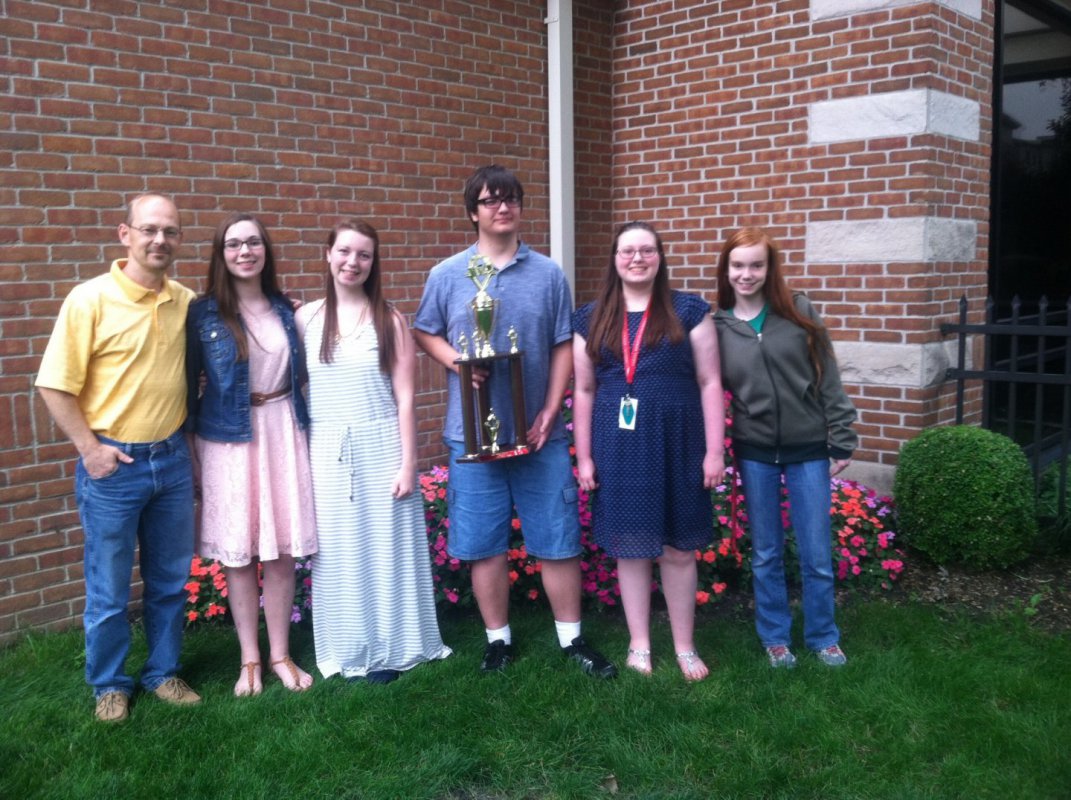 Fifty-six quizzers gathered this summer at Indiana Wesleyan University in Marion, Ind., for the 2015 National Wesleyan Bible Bowl Tournament (WBB). The teens came from nine Wesleyan churches, from South Dakota, Oklahoma, Virginia, Pennsylvania, Ohio, and Indiana. Teams had been studying the book of Acts for months, culminating in this event.

Reflecting on the competition as a whole, National Director Jim Terwilliger, stated that, “while competition is certainly an important aspect of WBB, the ultimate goal is for students to grow closer to God through the study of his Word. The competition is merely a tool to get students involved–discipleship is the real goal for every adult that is involved. If we can get kids memorizing, understanding, and applying Scripture now, the long-term benefits in their lives are beyond measure, especially in a day and age when so many young people are leaving the faith.”

Members of the winning team were Jon Povish, Megan Crawford, Grace Ann Deitrick, Katherine Reed, and Abby Terwilliger. Each team member was awarded a $1,100 scholarship to a Wesleyan college in recognition of their efforts. Coaches were Dave and Lesley Seiber, and Jon Weber.

Scholarships were also awarded for head-to-head individual toss-up and written competition (ranging from $3,500 for first place to $250 for tenth place).

Two $500 character scholarships were also awarded, recognizing two young people who have exemplified putting God’s Word into action in the lives. The recipients were Jordan Yaryan, Union St. Wesleyan Church and Jon Povish, Christ Wesleyan Church. They were selected by the National Quiz Council after being nominated by their coaches, who also had the privilege of presenting the awards to their quizzers at the closing awards ceremony.

Over the coming year, teams will be studying the books of Galatians, Ephesians, Philippians, Colossians, and Philemon, culminating in WBB Finals at Oklahoma Wesleyan University next summer. For more information about Wesleyan Bible Bowl, please contact Jim Terwilliger at jimt@cwcmilton.org.