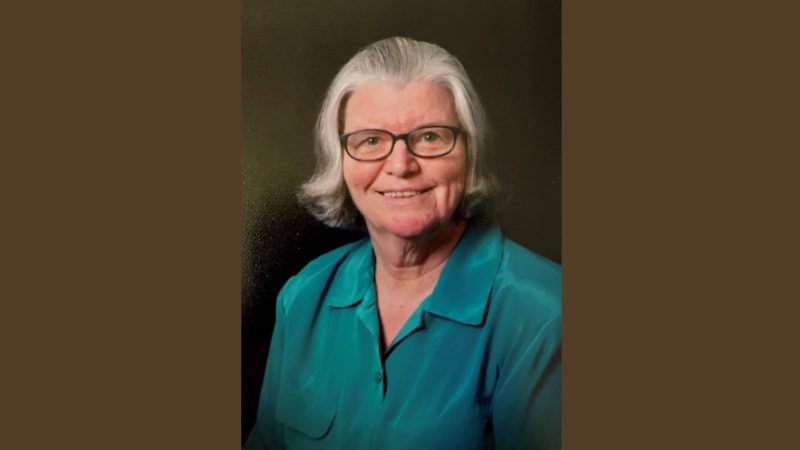 Missionary Doris Wall remembered for kingdom service to Guyana, South America, and beyond.

Doris Jean Wall was born December 14, 1944, in Casey County, Kentucky, to Raymond and Orleana Wall. Her brother Larry was born five-and-a-half years later. The family moved to Cincinnati, Ohio, where she attended school and graduated from high school.

Doris received Christ as her Savior when she was six years old and early on developed an interest in becoming a missionary. She was sanctified in October 1965. To prepare for missionary service, she learned to play the accordion, taught Sunday school class and sang in her local church. She entered nurses’ training at Christ Hospital School of Nursing in Cincinnati, graduating in 1966.

Doris’ call to be a missionary was so clear that she never doubted it, even during times of difficulty. She went to Guyana, South America, in January 1967, under what is now Global Partners of The Wesleyan Church to minister as a nurse to the Akawaio Indians in the interior. She developed a keen interest in tribal languages. During furlough in 1970, she completed a course at the Summer Institute of Linguistics (SIL) at Gordon College in Massachusetts. During furlough in 1973, she attended SIL in Norman, Oklahoma, and again in 1982. She also graduated from Marion College (now Indiana Wesleyan University) in 1974. She returned to Guyana and worked among the Patamuna Indians while stationed at Paramakatoi.

Doris studied to be a midwife and nurse practitioner at Frontier School of Midwifery and Family Nursing in Hyden, Kentucky, graduating in 1978. She delivered hundreds of babies, some of whom grew up to be teachers, nurses, church leaders and indigenous church planters.

In 1987, Doris took extended leave to care for her parents and their health needs during their final years. She utilized this time to further her education. She received a B.A. degree in anthropology from Eastern Kentucky University in 1989. She graduated from Asbury Theological Seminary with an M.A. in missions in 1994.

She returned to Guyana in 1995 to teach in the Wesleyan Bible College in Georgetown. In 2000, she moved back to the interior where she established and taught at a bible school at Paramakatoi. She oversaw the construction of the school building.

At times, she also taught one-week modules at Georgetown Wesleyan Bible College, which awarded her an honorary doctor’s degree, which very few knew of.

While back in Paramakatoi, Doris began working with mother tongue translators to produce a more readable edition of the “Patamuna New Testament.” Doris coordinated revisions made with her team in cooperation with a Roman Catholic team as they consulted with the Bible Society of Guyana. She celebrated with the community, friends and church leaders at the new translation’s dedication in 2011. The Patamuna people did not call her friend or sister, but Amai — “Grandmother.”

Retiring from full-time missionary service, Doris moved to Wesleyan Village in Brooksville, Florida, in 2012. She made several mission trips back to Guyana. As part of the Welcome Wagon team, she greeted newcomers to Wesleyan Village. She was a member of the Brooksville Wesleyan Church, served in children’s ministry, Women of BWC, nursing home services and for a short time in prison ministry. When needed, Doris sat with invalids while their spouses had appointments. For a time prior to the pandemic, she helped serve Friday evening meals at Joseph’s House, a nearby community food kitchen.

March 24, 2014, Doris was honored when Indiana Wesleyan University (IWU) awarded her the distinction of Alumni World Changer. She spoke to the IWU student body during the chapel service, emphasizing that true happiness comes from following God’s plan.

A “free spirit,” Doris loved to sing, develop relationships, keep in touch with family and friends in the U.S. and Guyana, and faithfully pray for them and the spiritually needy of the world. From hospice care in Brooksville, Florida, on May 26, 2022, she departed to meet her Jesus face-to-face.

Doris was preceded in death by her parents, Raymond and Orleana Wall. She is survived by her brother Larry (Carol) Wall of Union, Kentucky, her nephew Jeff Wall and niece Melanie Rains, a great-niece and great-nephews and a host of relatives and friends.

A memorial service for Doris will be conducted Saturday, June 25, 2022, at 10 a.m. in Brooksville Wesleyan Church in Brooksville, Florida. Condolences may be sent to her brother, Larry and Carol Wall, 999 Aristides Drive, Union, Kentucky 41091.