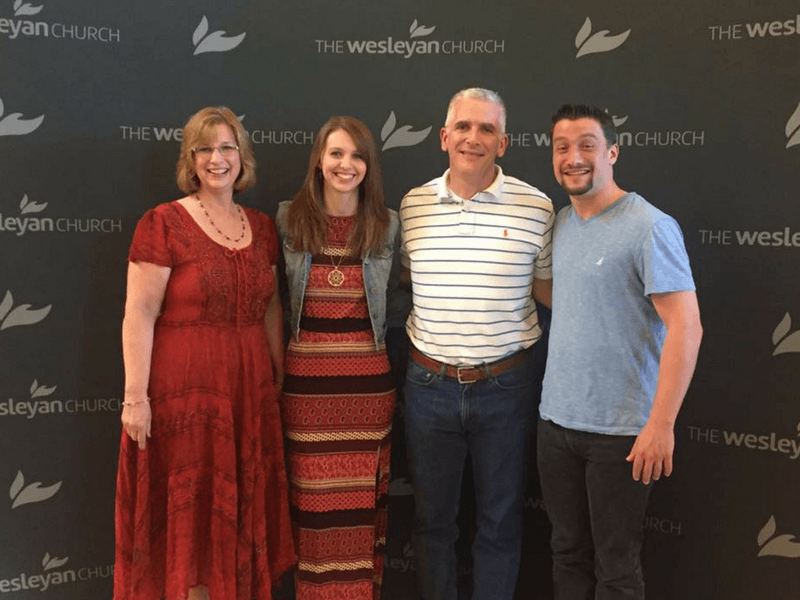 Two pastors new to The Wesleyan Church share a passion in church planting. So they did just that: planted a church in Pennsylvania.

“I had been dreaming about church planting concepts and strategies for years, but had not been able to put my dreams into words until I attended Exponential Conference,” said Eric Diewald, who is working toward ordination in The Wesleyan Church.

After discovering church multiplication wasn’t just a pie in the sky dream, he decided to turn his dreams into reality. Last April, Diewald (far right in photo) attended Exponential with Rev. David Henderson (second from right in photo). The two served together at a local church prior to attending the event and began to sense a call to church planting.

“It was natural for us to plant a church together,” said Diewald, who is grateful for their close friendship. Both men have since transferred into The Wesleyan Church from another church denomination.

At Exponential, a conference of “leaders committed to accelerating the multiplication of healthy, reproducing faith communities,” they sensed God calling them to start a new work together in Indiana, Pennsylvania. In September, Diewald and Henderson responded to God’s call and ZIP code prompt (“celebrate every time … a church multiplies itself until (it) has a transforming presence in every ZIP code”) by launching New Life Community Church as a satellite campus of Sandy Lake Wesleyan Church (Sandy Lake, Pennsylvania). Diewald serves as associate pastor, while Henderson is the lead pastor. More than 200 people from the community joined them in their new initiative.

Even though Diewald and Henderson are new to The Wesleyan Church, they are excited that Wesleyans don’t just talk about church multiplication—they do it!

“Multiplying believers, leaders and churches is in my blood and this new multiplication-focused church would not have happened in my life if it had not been for my experience at Exponential,” said Diewald.