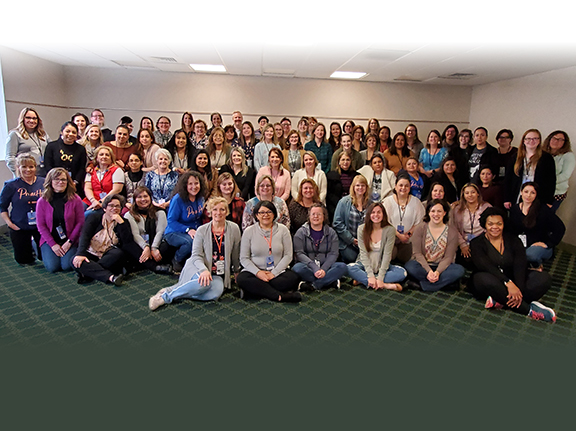 Every two years, a conference for women clergy and ministerial students is held to carry out the Wesleyan Holiness Women Clergy’s vision.

The vision of Wesleyan Holiness Women Clergy (WHWC) is “engaging, empowering and equipping women to lead in the Church.” The Wesleyan Church, the Church of the Nazarene, Free Methodist Church and Church of God (Anderson) are the sponsoring denominations.

Every two years, a conference for women clergy and ministerial students is held to carry out WHWC’s vision. This year, the event was held in Ridgecrest, North Carolina, in mid-March, and approximately 400 attended.

The WHWC Board set the 2020 conference date several years ago, and the planning committee began dreaming of how to multiply the impact of women clergy.

However, the coronavirus outbreak interrupted those plans, as the novel virus began to spread into the United States. At the time of the conference’s beginning, schools, businesses and churches were still open. So, the week before the conference, the leadership team began to work with the conference center to take precautions.

The day before the conference was slated to start, states began to limit the number of people attending large gatherings. The team believed it could safely host the conference under the existing guidelines. But by the time the conference was in session, the maximum allowed to gather in North Carolina had dropped to 100, prompting the need to make some quick changes.

Clergywomen demonstrated their desire to engage in worship and teaching as changes became unavoidable. Attendees were split into smaller groups as conference center spacing seated women six feet apart in four different rooms. Conference speakers were broadcast to each room. When a technology glitch caused a livestream issue, a single voice broke into the quiet and began singing, “Great is thy faithfulness, O God my father…” Before long, everyone joined, filling the room with acapella-style worship. There was solidarity to press through and engage in what God had for them.

Session start and end times had to be staggered so less than 100 women were in the halls or common areas simultaneously. Women still made connections.

“A personal connection occurred on the final night of the conference, when a young lady approached me and asked if I remembered her,” said Dr. Priscilla Hammond, Wesleyan pastor and WHWC board member. “Two years before, at the WHWC conference in Colorado, there was an altar call to pray. I knew if there was someone God wanted me to pray for, he’d let me know. A young lady from the Distrito Hispano Suroeste de La Iglesia Wesleyana (TWC’s Hispanic Southwest District) was on her knees with her face to the floor. God said, ‘Go to her. Tell her I am proud of her. Tell her she is right where I want her to be.’ So, I prayed over her and told her what God had told me to tell her. We hugged, she rejoined her group, and I didn’t see her again.”

Two years later, the young woman returned to the conference and was able to thank Hammond for encouraging her. The woman is currently pursuing a call to ministry.

In the midst of last-minute conference changes, God still ministered in great ways as women were encouraged to keep pursuing their calls to ministry.

“I have truly been empowered, emboldened, re-equipped and encouraged by God and this sisterhood,” said Pastor Joanna Perry, children’s pastor at Brockville Wesleyan Church in Brockville, Ontario, Canada. Perry referenced a defining moment that occurred during an interaction with a Canadian border guard while en route home from the conference.

“I was speaking to the Canadian border guard and said, ‘We are clergy women.’ The 20-year rumbling in my identity ceased, and I felt total ‘shalom’ with being identified as clergy. I finally had complete inner peace about this calling. I have, for years, been faithfully putting one shaky foot in front of the other to move forward as I do kingdom work. I am a clergy woman. God says so. The church says so. And now I say so without cringing inside. I will walk more confidently now.”

All Wesleyan women clergy are invited to attend.

Watch sessions from the 2020 conference.