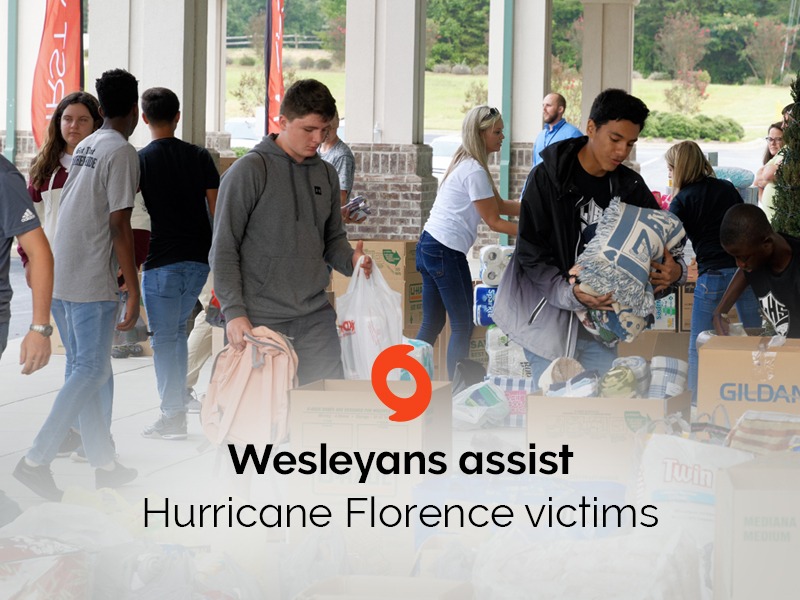 The winds, rains and waves of Hurricane Florence are long-gone from the United States’ East Coast, but the emotional and financial aftermath of the storm remains.

It’s been one month since Florence plummeted the eastern United States on September 14. Much of the mainstream media is no longer reporting on the damage Florence caused, but the needs are still great. Damage in the three hardest-hit states — North Carolina, South Carolina and Virginia — is estimated between $38 billion and $50 billion, mainly because of extreme rainfall and flooding.

Area Wesleyan churches continue to reach out and assist those in need, including some of their own. North Carolina churches (North Carolina East District) (NCE) affected by Florence include:

World Hope International, partnering with TWC leaders and churches, was instrumental in getting finances and supplies to pastors living in affected North Carolina counties and working with local community officials to make sure persons with the greatest need received assistance. Those pastors and local congregations continue to move supplies and work on community clean-up.

On September 23, Wesleyans from both North Carolina districts assembled in a joint worship service for prayer and to collect donations and supplies. Rev. Matt Smith, Vintage Church in Randleman, N.C., gave the message, encouraging those in attendance to help meet the physical and spiritual needs of hurricane victims. Rev. Josh Glagola, Old Zion Wesleyan Church in Tabor City, shared how his church was supposed to be staging area for distribution but soon became an area in need. Four families from Old Zion lost everything because of the storm; two of their houses have since been condemned. Worship was led by HopeCity in Wallburg, North Carolina.

“It was an awesome night,” said Smith. “The Church came together, not under the name on a sign, but under the name of Jesus. In times of tragedy, the church rallies and responds. My prayer is we live with that same unity at all times.”

“Our church has been able to connect with so many people through this time, and we are praying that God would allow us to use those connections to further the kingdom,” said Glagola. “Pray we would have God’s discernment, as there have been many people simply collecting whatever they can get. This has put pressure on churches and organizations to use an immense amount of discernment to ensure the relief gets to those who really need it.”

“As the flood waters recede, the impact is still being felt in terms of the massive amount of clean-up that will go on for months,” Lewis said. “Thankfully, our pastors did not suffer any flooding in their homes, and only North Pointe Church in Wilmington suffered some water damage. Churches have been able to focus on receiving the supplies we’ve received through our partnership with World Hope International and through generous donations that have come from churches. Our pastors have developed partnerships with other pastors and local agencies in order to meet people’s needs. I can’t say enough about how proud I am of how our pastors have responded and provided so much help and support for their communities.”

Renovations and clean-up will take months, perhaps years for some areas. To give to the ongoing clean-up for those devastated by Hurricane Florence, click World Hope International website.

World Hope International is also providing relief in the Philippines, Indonesia, Venezuela and in the areas most recently hit by Hurricane Michael. Details for all WHI relief efforts are located here.