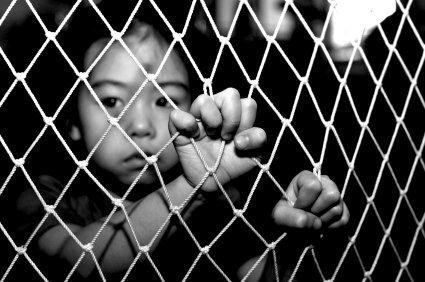 Wesleyans called to pray for end to human trafficking

The Wesleyan Church has stood against human slavery from its very beginnings. Human trafficking is a vital issue for the Church to fight.

The Wesleyan Church has stood against human slavery from its very beginnings. So the terrible fact of modern slavery in the form of human trafficking is a vital issue for its leadership and its constituency in 80 countries of the world.

More than 27 million people (12.3 million are victims of forced labor) are trafficked worldwide through both forced labor and prostitution. And according to the same report by the U. S. Department of State (2010), 800,000 people are trafficked across international borders each year.

The Wesleyan Church’s Board of General Superintendents has called the Church to join denominations and organizations worldwide to pray for an end to human trafficking.

Recognizing that the trafficking of humans is an evil practice that is increasing worldwide, and remembering the efforts of our Church’s founding fathers and mothers who risked their very lives to free the enslaved and bring justice to all people, the Board of General Superintendents of The Wesleyan Church calls Wesleyans everywhere to a day of intercession and intervention on behalf of the victims and perpetrators of human trafficking on January 11, 2012. We request that local churches include information about the issue of trafficking in persons; and also request that a time of prayer be included in the activities of that day.

The Board of General Superintendents, The Wesleyan Church

The General Office of Wesleyan Women has been assigned the task of raising the Church’s awareness of human trafficking. In addition to the office’s past community-wide seminars and initiatives among the nearly 5,000 Wesleyan churches and missions, the Wesleyan Women general office has organized a prayer emphasis for employees at The Wesleyan Church World Headquarters in Fishers, Indiana. A conference room has been designated as a prayer area, and employees and members of the community can meet for prayer on January 11, 2012, during the hours of 10:30 a.m. to 1:00 p.m. (EST).

Wesleyan Women General Director Martha Blackburn said many churches have midweek services or meetings that could focus on praying specifically about human trafficking. She adds, “In Isaiah 59:16 we are told God was appalled when there was no one to intervene. This is something we ALL can do—we can pray.”

To participate in The Wesleyan Church’s Facebook event, i x 2 against trafficking (intercession and intervention), click the provided link.