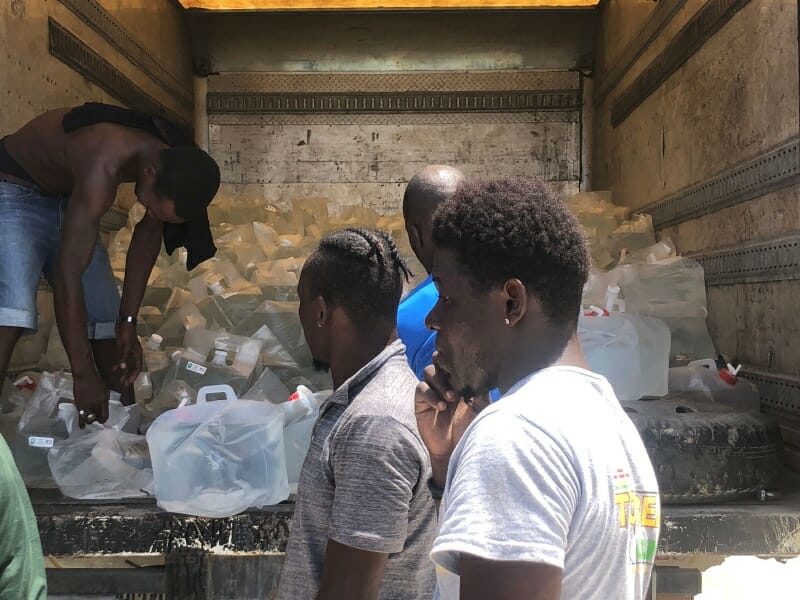 Haiti hit by earthquake and tropical storm within three days.

Saturday, August 14, 2021, Haiti felt the destructive blows of a 7.2 magnitude earthquake. Three days later, Tropical Storm Grace punched the Caribbean country with an average four to eight inches of rain, with some areas receiving up to 15 inches.

The earthquake and hurricane included flooding with homes and entire villages being decimated by landslides. At the time of this writing, an estimated 130,000 homes were affected, leaving Haitians homeless, huddling together under temporary, makeshift coverings. As death tolls have risen to over 2,200 and close to 12,000 injured, search and rescue efforts continue.

WHI and GP synchronized their efforts, maximizing resources and personnel for on-the-ground support within Haiti. An action team that has been supporting the Wesleyan hospital on La Gonâve raised additional funds to assist in sending the hospital doctors and medical supplies to the affected area.

“After more than 60 years of investment of time and resources of all kinds, the labor of missionaries, medical teams in the local staff, the local hospital has reached a place of maturity where they were able to quickly send two all-Haitian volunteer medical teams into the field — volunteers from the staff here at the La Gonâve Wesleyen Hospital,” shared Dan Irvine, World Hope International, Haiti country director, who is situated in the heart of operations on La Gonâve.

“After three days of the devastating earthquake of August 14, 2021, the executive directors of the Wesleyen Hospital of La Gonâve, together with World Hope International, agreed to send a medical team on the ground in order to provide medical care to people hit by the earthquake,” said Daniel Bertrand, La Gonâve Wesleyen Hospital CEO.

As the medial teams continue to meet needs, they are “literally making clinics out of any available space, often outdoors, because of earthquake damage,” Irvine added. 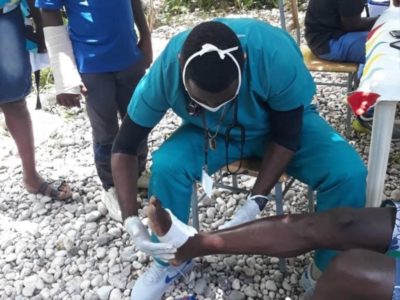 The Haitian Wesleyan Church is assisting with the delivery of purified water from the GivePower Solar Water Farm to affected areas. Since the earthquake struck, the Wesleyana, along with eight other boats, are delivering 33,000 liters of water daily to ports on the mainland. Trucks are meetings the boats and delivering them to 11 different communities. 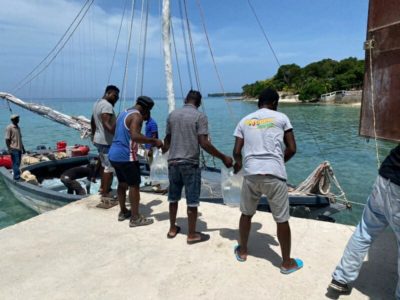 WHI air assets are working to support an air bridge in Haiti alongside U.S. Southern Command and USAID. At the time of writing, WHI has operated 168 flights, served 42 partners and 278 relief personnel and moved needed cargo. The air bridge and personnel have supported 87 medical evacuations, saving the lives of those who would have perished without advanced medical attention.

“Partnership is so critical in times of crisis. How grateful we are that the partnerships between the Wesleyan Church of Haiti, World Hope International and Global Partners are already in place. It’s times like these that the unity of our relationships expresses the care of Christ,” said Dennis Jackson, executive director of GP.

During crises, Wesleyans everywhere begin first by praying then by serving and giving. While the needs are great, God is greater. Prayer continues as Wesleyans and their partners are providing a compassionate service, resourcing, equipping and being a hopeful presence in Haiti.

Click here for more information on the work of World Hope International or Global Partners.