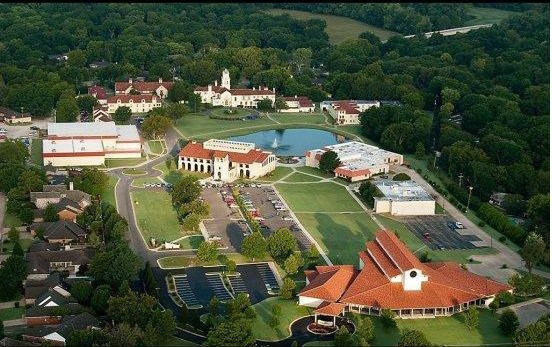 What college in America has the best professors?

According to CBS Moneywatch in a report published today, Oklahoma Wesleyan University has the best professors in America. And this is the third year in a row that it has earned that honor.

According to CBS Moneywatch in a report published today, Oklahoma Wesleyan University has the best professors in America. And this is the third year in a row that it has earned that honor.

How is it possible that a small liberal arts college in Oklahoma could have better professors than elite Ivy League institutions or major state universities? Because it is actually the students, in this case, who are determining the ratings. At many research institutions, professors receive so much pressure to research and publish and earn grants that this frequently overshadows teaching and mentoring students. Often, teaching assistants and graduate students are assigned to teach many courses in these types of institutions.

But for the third year in a row, Oklahoma Wesleyan University in Bartlesville, Okla., came in first among all colleges with its great teaching professors. The school is known for its clear mission, which emphasizes the Primacy of Jesus Christ, the Priority of Scripture, the Pursuit of Truth, and the Practice of Wisdom.

CBS Moneywatch created the list of the institutions with the best professors by tapping theCenter for College Affordability and Productivity. The center analyzed data, including composite teaching scores, from a well-known site called RateMyProfessors, which has developed these professor ratings over a period of several years. Over 15 million student ratings are in their database.

The top 25 schools in the “best professors” list are a roll call of extraordinary teachinginstitutions, such as the U.S. Military Academy (#3), the U.S. Air Force Academy (#6), and others. Not all of the institutions have national reputations.

The colleges are widely diverse, but tend to have several things in common. Most of them are private liberal arts institutions. They tend to have small average class sizes and highly qualified faculty, they emphasize teaching over research, and entry-level courses are not turned over to grad students and teaching assistants. The colleges that are repeatedly found at or near the top of the list have professors who are heavily invested in the success of the students and are available for mentoring outside class and in co-curricular activities.

25 colleges with the best professors

In an interview, OKWU President Dr. Everett Piper remarked that he is not surprised that their professors are highly rated. Each year, however, the #1 rating has come as an exciting announcement. “This institution has done absolutely nothing to influence these ratings,” Piper said. “We were not asked to complete any surveys or supply any data whatsoever. I will say,” Piper added, “that our professors seem to have an extra spring in their step today. They have done everything possible to live up to their national #1 rating.”