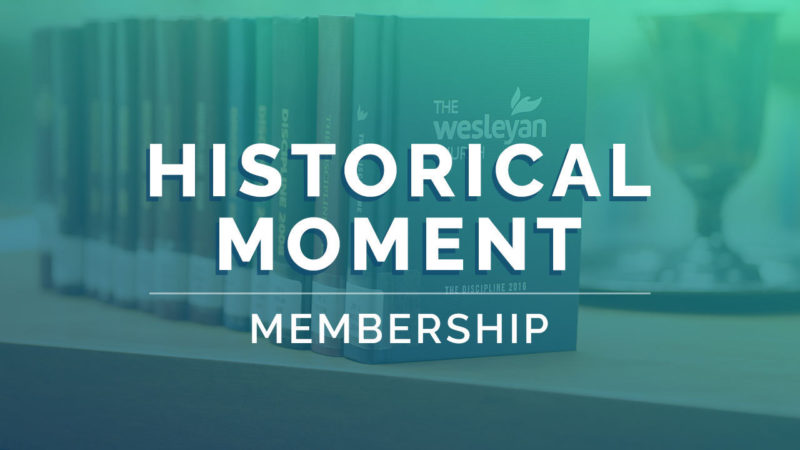 As we approach our 14th General Conference, we examine an important issue — Membership.

Membership has been extensively debated at many general conferences and for good reason; our structure speaks to who we are as a community, our purpose and our core values. The Wesleyan Church (TWC) changed from a multitiered system with two membership categories to a single-tiered structure in 2016 that categorizes the church now as simply “member” or “attendee.”

Dr. Bob Black, a TWC historian and retired Southern Wesleyan University professor, said this redesign of our membership structure in 2016 was unquestionably “one of the greatest paradigms shifts in the history of the church. By removing most of the church’s long-held lifestyle standards as membership requirements, the church sought to advance its evangelistic outreach while intensifying discipleship efforts in new ways.”

Former General Superintendent Dr. Jerry Pence echoes that sentiment about the 2016 decision, which he also calls the greatest shift in TWC’s philosophy on membership, “putting the focus on membership as a tool for discipleship that is a path to maturity rather than a reward for it; opening the door wider to extend a sense of belonging to more believers; and strengthening the expectation that leaders are to be exemplary members whose commitment to the church’s beliefs, lifestyle values and mission make them models for others to follow.”

For more on how past general conferences have addressed the matter of membership, Rev. Ron McClung, retired assistant general secretary, provides us with this historical timeline:

Former General Superintendent Dr. Tom Armiger says membership changes have provided more inclusiveness for the masses to join based on faith in Christ, but notes that leaders are called to a higher exemplary standard. “The revision and additions to ‘Special Directions’ are essential for they address the social and behavioral issues of our day. The membership changes made throughout many general conferences have been significant to enhance our outreach, growth, and discipleship.”

Many of those who have been in the denomination for decades, and have attended or voted at multiple conferences, seem to agree that our current membership structure is based on this bottom line: being more welcoming to those coming from little or no church background, while maintaining a higher standard for those in leadership positions.