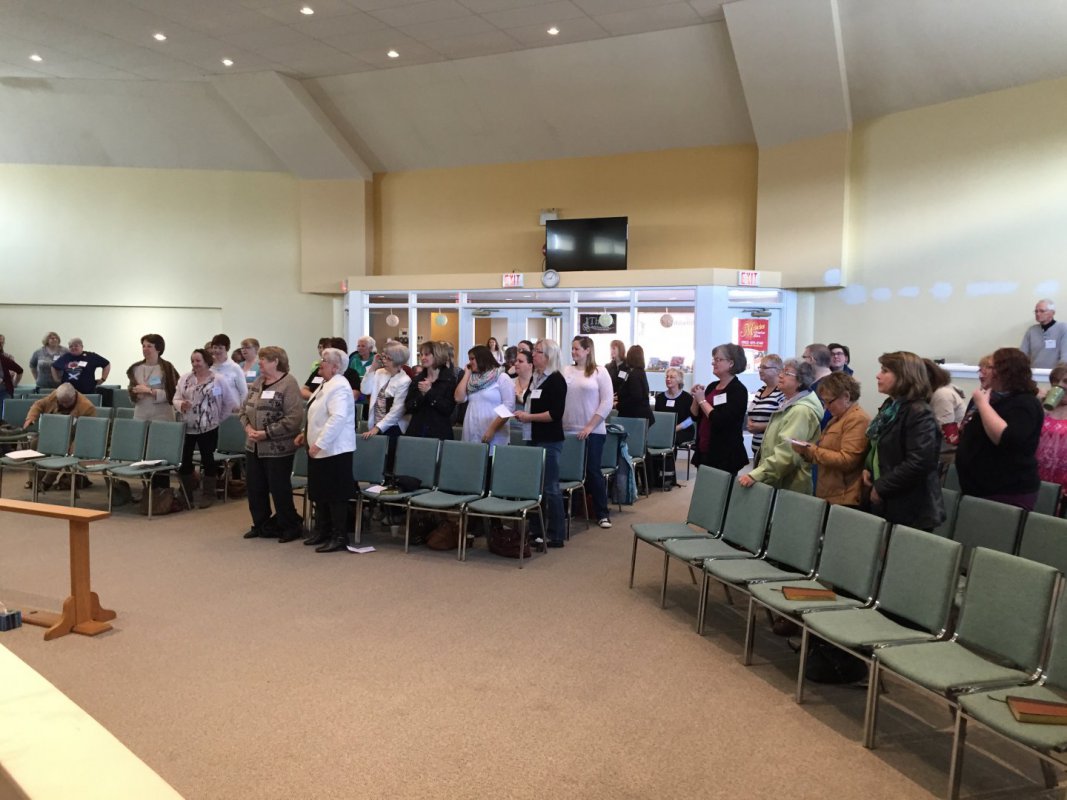 More than 80 women gathered together in Canada recently for the ALIVE women’s conference. The group also learned much about human trafficking, a very real problem in Halifax, where ALIVE took place.

More than 80 women gathered together in Canada recently for the ALIVE women’s conference. Hosted by Wesleyan Women’s Movement, ALIVE was held Halifax, Nova Scotia, Canada, two weeks after the flagship event was held in Nashville, Tenn. Women from churches in New Brunswick and Nova Scotia attended the event.

Band, Deep Water, led worship and participants heard from keynote speakers from the ALIVE Nashville event, via recorded simulcasts: Dr. Jo Anne Lyon, General Superintendent of The Wesleyan Church; Bianca Olthoff, writer, teacher, and chief storyteller for The A21 Campaign, an anti-human trafficking organization; and Jo Saxton, director of 3DM, a movement/organization with a vision and passion to change the world by putting discipleship and mission back into the hands of ordinary people.

“At ALIVE it was so encouraging to be with many other Wesleyan women,” said Pastor Sharon Guptill. “My favorite parts to the weekend were the ALIVE stories–real people sharing their lives with us. It was moving, and the speakers were very motivating.