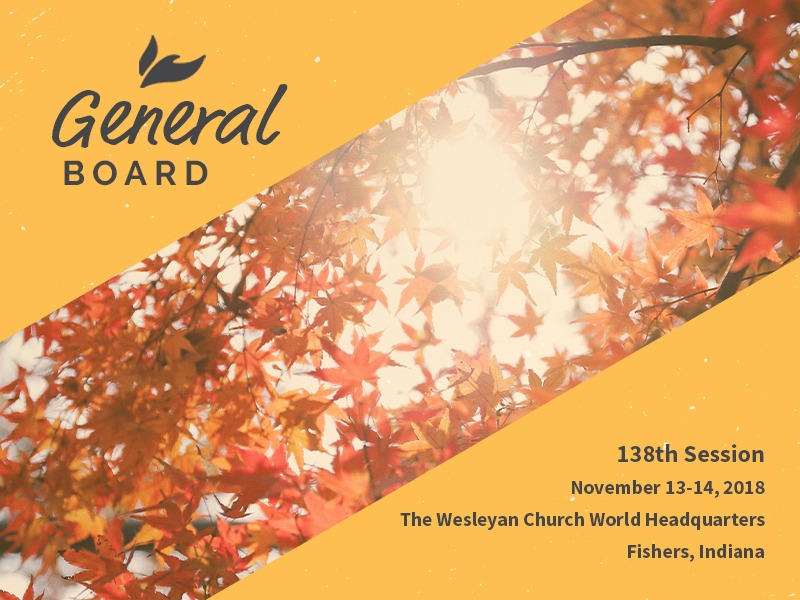 138th Session of the General Board highlights include new members

A spirit of unity was present as clergy and lay leaders within The Wesleyan Church met for the latest session of General Board.

A new member, Rhea Bell, joined The Wesleyan Church General Board for its 138th session, November 13-14, 2018, representing the Northeastern Area. Bell serves as the worship arts director at LifePoint Church in Waldorf, Maryland. 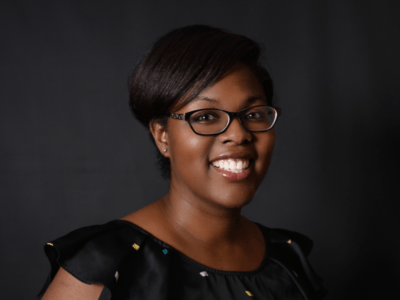 Bell volunteered at LifePoint for many years before joining its staff. Her previous professional experience includes serving in United States government for more than 13 years in various capacities including U.S. Capitol Police (USCP) Human Resources specialist. Bell was selected as one of three civilians for the USCP Inaugural Task Force serving with ranking officials, sergeants and above, to plan the most recent Presidential Inauguration. She worked with various government agencies including Secret Service, Border Patrol, National Guard, FBI, on logistics and guest safety. Bell worked for FEMA before transitioning to USCP.

Former district superintendent of the East Michigan District and current regional specialist in the Great Lakes District Richard Meeks presented a commander’s coin reminding the board members that all are part of the same mission.

Reverend Maria Acuna, pastor at the La Gran Comisión Wesleyan Church in Columbus, Ohio, was elected by the General Board as a clergy representative for the North Central Area.

Memorial 66, adopted at the 2016 General Conference, called for the General Board to appoint a working group consisting of pastors and scholars to review the membership commitment on speaking in tongues, as stated in paragraph 265:9 of The Discipline, and to bring a recommendation to the 2020 General Conference. A working group elected with the expectation to report to the General Board in November 2019 is comprised of District Superintendent of the Northeast District Karl Eastlack, chair, National Superintendent of The Wesleyan Church of Canada Stephen Elliott and Dean of Wesley Seminary Abson Joseph. A local pastor and either a global or multiethnic person will be added. 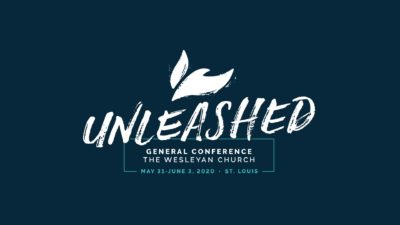 “Unleashed,” the 2020 General Conference theme, was announced by General Secretary Janelle Vernon. The theme symbolizes the unleashing of The Wesleyan Church (TWC) in accord with the Holy Spirit to become a kingdom force movement to fill the Gospel Gap. The conference tag line is “so all can be made new.” General Conference 2020 will be held in St. Louis, Missouri, from May 31 to June 3.

The General Board approved the Hephzibah report provided by Executive Director of Church Multiplication and Discipleship Anita Eastlack and Acting Director of Hephzibah Ministries Sherry Gorveatte which included vision cast for ministry direction based on the mission statement: “Empowering and mobilizing local Wesleyan churches to transform the lives of vulnerable children.” Kim Gladden, director of discipleship for The Wesleyan Church, added information about the proposed ministry action plan. Jerry Lumston, vice-chair of the Hephzibah Board, spoke about the financial plan for Hephzibah.

“I am thankful to chair a General Board that fulfills its responsibilities, even the difficult ones, with interaction full of grace and truth, and a common desire to act in the best interests of the Church and of those involved,” said General Superintendent Wayne Schmidt. “I am also thankful for you, your ministry, your faith and your continued prayers for The Wesleyan Church as we collectively fulfill our mission of ‘Transforming Lives, Churches and Communities through the Hope and Holiness of Jesus Christ.’”