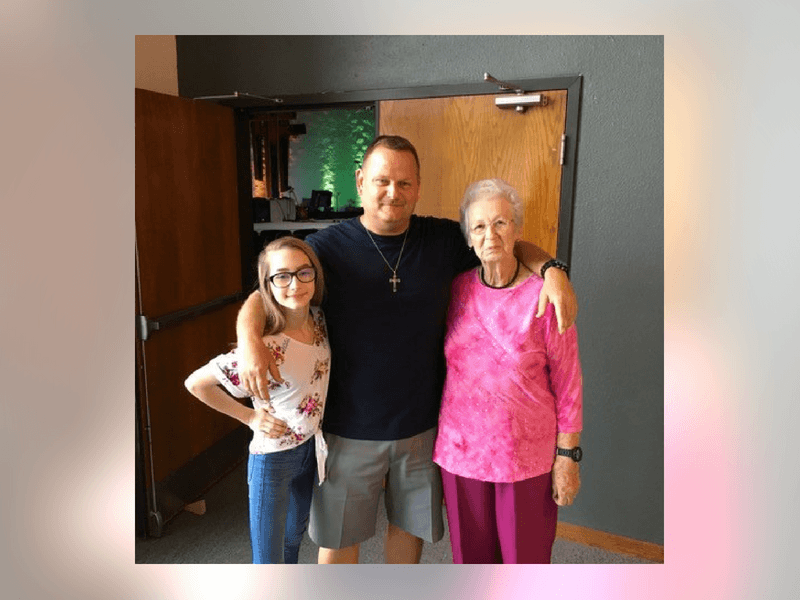 “Made new” in Missouri

Pastor Stephen Colaw is seeing lives being "made new" on both campuses of the Missouri church he leads.

Rev. Stephen Colaw is excited about the lives that are being “made new” at the church he leads in St. Peters, Missouri, just west of St. Louis.

Gateway Church consists of two campuses—a main location and a west campus. Demographics are diverse with various ethnicities and economic backgrounds represented between the two campuses.

Colaw has pastored Gateway for 17 years, and is excited about the lives at both campuses that are being changed by Jesus. Here are just a few of those stories:

Matt is a local police officer who began attending Gateway a few years ago with his girlfriend which led to him accepting Christ. The now married couple serves as the church’s youth leaders. Matt was recently baptized during a morning service and some of his fellow officers from the police department attended church to witness and celebrate his baptism.

Tony began attending Gateway a little over a year ago. He was brought by Louise, an 86-year-old, retired auto worker. Louise goes to Dave and Busters on a regular basis to meet new people, and that’s where she met Tony. After Tony shared with Louise about some of his struggles, she told him that he needed to come to church with her. (It’s really hard to say no to Louise.) Tony began attending, accepted Christ and was baptized that day along with his teenage daughter, Ashlyn. He has since become a church member. On the day he was baptized, his fiancé and her family were there to celebrate with him. His ex-wife and her family were present as well.

Nic grew up at Gateway Church. His brother is the worship leader and his parents have been integral in church life since before Colaw became pastor. In his later high school years, Nic rejected his faith and chose to live life his way. Drugs, police, etc., were his daily reality. Several years ago, Nic returned to play drums on the Gateway worship team. Since then, he has had an amazing life transformation. He and his wife assist in leading the youth ministry and recently led worship during a church service.

“We are working to be a community of transformed lives and God is using us to see that happen,” said Colaw. “Marriages are being saved. Drug addicts are being set free. People who wanted nothing to do with Jesus and certainly not the church are now serving in ministry and leadership roles.”

Colaw sees the life transformation taking place in the church and hopes it grows into the surrounding area.

“We want to transform St. Charles County and, ultimately, use that transformation to launch ministry into St. Louis county and city,” said Colaw. “God is preparing us for that.”

The church also partners in ministry to area homeless, which meets in a local mobile home park. Gateway West campus pastor, Joshua Pritchett, has been asked to serve on the trailer park’s community council. Colaw said, “People are coming to Christ, addicts are being delivered and the culture of the mobile home park is starting to change.”

Colaw loves being a part of what God is doing in this corner of eastern Missouri.

“It’s fun watching God transform lives,” said Colaw. “It’s a joy to let him use us to see lives changed and people made new. It’s why we do the things we do.”