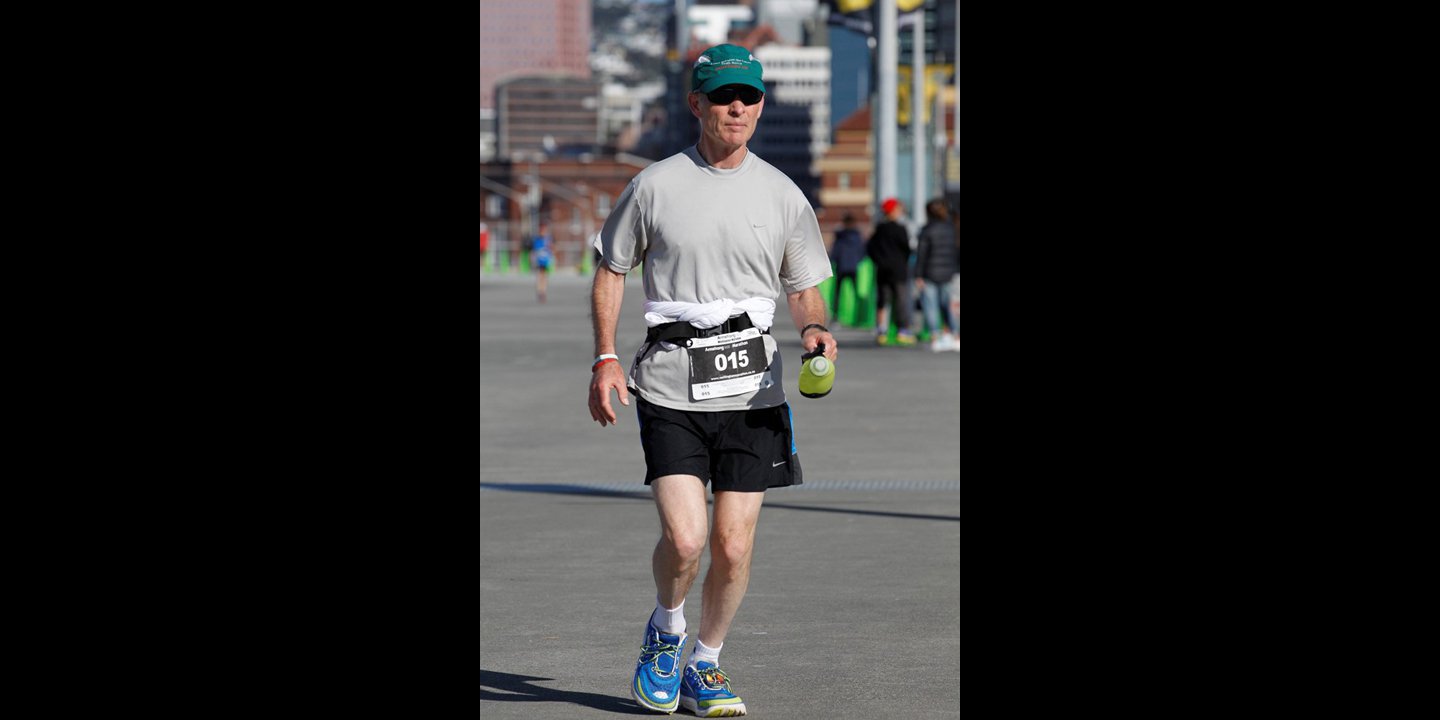 Houghton College Librarian Glen Avery will retire in June, and he has his sights set on running seven marathons on seven continents in seven days.

Glen Avery—slight and intense, but serene—has a saying he repeats to himself when the discomfort begins to well in his calves and thighs: “I am running with my mind; the legs are just along for the ride.” Disassociation, for marathons, is key. “All of a sudden, it’s outside of yourself, outside of your brain,” he says. He raises his arm and looks at the crook on the inside of his elbow. “Oh, it’s a bubble of discomfort.”

Avery, who is about to turn 66, will retire from the position of Houghton College technology librarian in June. He runs marathons, but not in the sense that you or I might run marathons. Avery is one of only a handful of people in the world to run a series of races on every continent, including Antarctica. The last bout of seven continents totaled more than 300 miles (483K) of running with one race being over 55 miles (90K).

He’s also no stranger to the Ultramarathon, having completed the grueling 56-mile, 12-hour Comrades Ultramarathon in South Africa. And next January, nearing a year after his retirement, he’ll participate in the World Marathon Challenge, which tasks runners with completing seven marathons on the seven continents in seven days.

That warrants repeating. Seven marathons on the seven continents in seven days.

“I don’t know what my potential is,” he muses.

The draw, however, isn’t the prestige. As he tells tales about his travels, you realize that what Avery prizes most is bonding with the people he encounters.

“I’m pleasantly surprised . . . by what I experience culturally,” he says–and that includes the race in the Philippines where a black minivan of security had to tail him for his own protection.

Just recently, Avery completed his second globe-trotting cycle in the Falkland Islands, a wind-blasted spattle of rocks just off the coast of Argentina connected to the mainland by only one flight. Vortexes kept him grounded for an extra week after the race was over, but in the meantime, he was “adopted” by a group of about 20 Argentinians. They invited him to meals, and he watched them cry at the graves of loved ones lost in the brief, ugly 1982 war between Argentina and the United Kingdom. “I went down for a marathon, and I gained a family,” he says.

Avery was also one of the first American runners admitted to Cuba this year, for a marathon after the recent cooling of international relations. He was able to observe how the population is dealing with the economic upheaval after the fall of the Soviet Union.

“They have made strides in recovering but have a long way to go,” he says.

Though he’ll be the oldest in the World Marathon Challenge by about two decades, he isn’t slowing down. He fantasizes about the “Grand Slam”—a 100K in Antarctica followed by the seven continents in seven days and finishing in the North Pole. Or the Marathon des Sables, held in the Sahara Desert. Or maybe mountain climbing.

“Pain is temporary, but the success is permanent,” he says. Then he smiles, and from his eyes blazes the indomitable energy of a 20-year old.