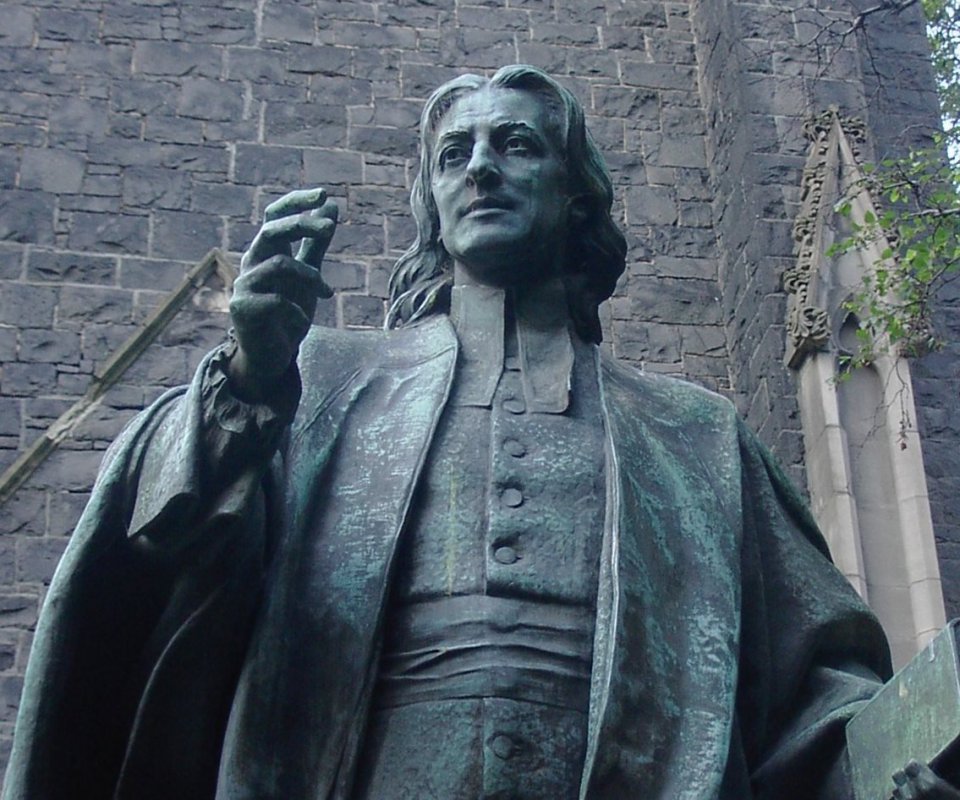 ​7 questions for the new Wesleyan movement

Is a new Wesleyan movement possible in the future? David Drury poses seven important questions in discussing the possibility.

“It is too small a thing for you to be my servant to restore the tribes of Jacob and bring back those of Israel I have kept. I will also make you a light for the Gentiles, that my salvation may reach to the ends of the earth” (Isaiah 49:6).

John Wesley gazed to the West, across the Atlantic Ocean he had long since crossed, no doubt feeling like a ministry failure from his time in America, seeking God’s assurance in his soul. He reflected on what followed. A warming of his heart to God, an experience of spirit-filled religious zeal, preaching in fields to the working-poor, and an amazing country-transforming movement across England.

But even England could not contain the movement. Wesley’s influence would travel across the Atlantic in the other direction. No doubt he marveled at how it had spread like wildfire across the new world. God was now using other people to reach those he couldn’t reach.

He decides to write these people in his movement. It is called, appropriately, “Advice to the People Called Methodist.”

The old Wesleyan and Methodist movement is no longer a movement, but instead a fractured bunch of spin-off denominations, each of whom are doing their thing, and reporting some kingdom gains. But none are truly a movement any longer. We have institutionalized. And what about The United Methodist Church? The flagship of Methodism is in deep trouble. In response, I wrote of this dynamic and what I feel are unhelpful postures in “Strange Things Are Afoot in The United Methodist Church.”

Some are wondering if a “new denomination” might form out of the fractured UMC, or perhaps with mergers including some of the other smaller denominations (like my own).

Dr. Tim Tennent does not share that view, it seems. The President of Asbury Theological Seminary steps into this gap, this season of uncertainty for the people called Methodist, and this year proclaimed the following:

In “Advice,” Wesley offers several points that might still be applied to the situation. Note a few:

“Keep in the very path wherein you now tread. Be true to your principles. Never rest again in the dead formality of religion.”

He advises “not to talk much of what you suffer; of the persecution you endured at such a time, and the wickedness of your persecutors.” “Nothing more tends to exasperate them than this; and therefore (although there is a time when these things must be mentioned, yet) it might be a general rule, to do it as seldom as you can with a safe conscience.”

He goes on, “For, besides its tendency to inflame them, it has the appearance of evil, of ostentation, of magnifying yourselves. It also tends to puff you up with pride, and to make you think yourselves some great ones, as it certainly does to excite or increase in your heart ill-will, anger, and all unkind tempers. It is, at best, loss of time; for, instead of the wickedness of men, you might be talking of the goodness of God.”

These continue to be compelling words of advice to all the people called Methodist.

I don’t yet know what to think of all this. I only know that I have questions for this possible new Wesleyan movement. Let me just ask them to spark discussion rather than attempting to answer my questions, for I truly cannot. Time and truth will tell.

1) Are our plans “too small a thing” as in Isaiah 49:6? As the Hebrews were to become “light to the Gentiles,” what is the broader restorative aim of this new movement? We know that we want to change our church institutions and systems—but those always end up broken, even by good-hearted people. What is the “big thing” God is up to with this movement that is so much more than our squabbles? Seedbed.com says it exists for “sowing for a great awakening.” What does it mean to sow these awakening seeds, so we might water them, and God might make them grow? An awakening is not merely about branding and rulebooks and covenants, but one in which we all get caught up into something bigger than all of us combined. What thinking by us is “too small” for God’s plan?

2) Is it possible to be more than merely “post-denominational”? Are we hoping that all denominations go by the wayside? Are they to be dismantled in favor of a loosely held movement? A “connection” perhaps (which is what my denomination used to call itself). Could this movement be “inter-denominational” too? What is the role to play for holiness denominations like The Salvation Army, The Free Methodists, the Church of the Nazarene, The Wesleyan Church, and others? Will the new Wesleyan movement include the old one, or are new wineskins needed entirely? What about the late-adopters in the United Methodist Church that come to see the truth in this movement later on?

3) Are we returning to our roots for the purpose of bearing fruit? There’s no sense in doing so if it will not bear fruit for the kingdom. What is the great fruit God is calling on us to reap in this age, together?

4) Will the new Wesleyan movement be a holiness movement? Are we helping clarify what holiness means for a new generation that still hasn’t bought into our dusty tomes from seminary? Are we going to be in the business of life-transformation and victory over sin in this movement? Are we going to “be made new in the attitude of [our] minds; and . . . put on the new self, created to be like God in true righteousness and holiness” Ephesians 4:23-24 NIV?

5) Will the new Wesleyan movement be an evangelistic movement? Yes, some evangelism needs to happen pew to pew these days, not merely door to door. But is this going to be a mission-sending movement? A church planting movement? A “droves of people coming to Jesus” movement? Are we going to revive personal evangelism so that millions might sing with us, “my chains fell off, my heart was free”?

6) Will the new Wesleyan movement be a lay movement? So far it seems to be the ordained clergy who are most concerned with this. Are our events and conversation about this going to continue to be participated in and led by clergy alone? Where are our lay voices? A movement is not a movement until the laypeople move it.

I’m eager to discuss the questions others have about this new movement, along with my own questions, at the “New Room Conference (sponsored by Seedbed) on Wednesday September 16 through September 18th, 2015. Dr. Tennent says that Friday afternoon will offer conferencing around this network and its possibilities. I’ll be there. Will you? Let’s see what God might be up to.

David Drury serves as the chief of staff to Jo Anne Lyon, General Superintendent of The Wesleyan Church. Read the original here.