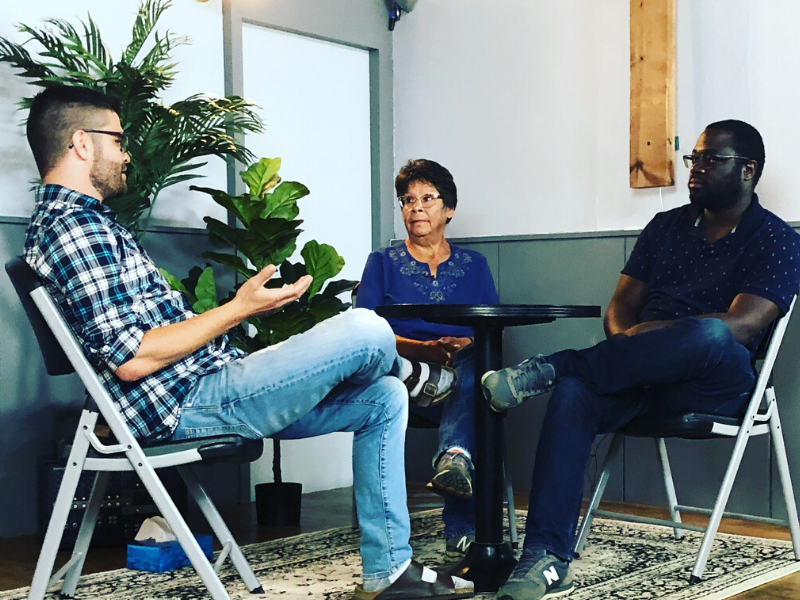 A conversation on racism in Canada

It is the job of the Church to draw attention to this evil and to point people to the hope and reconciliation that is found in Jesus Christ.

The killing of George Floyd in Minneapolis, Minnesota, inspired a conversation on racism between three Canadian residents.

But we did not want to simply talk about what is happening south of the border, we wanted to talk about the racism that happens here — in Canada. I invited Derval Clarke and Laurie Barnard to have a conversation with me about their experiences with racism. Derval and Laurie are a part of Transformation Church in Thunder Bay, Ontario, Canada, whose regular encounters with racism will come as a shock to many white Canadians who think we’ve moved past this issue.

Laurie’s involvement in this conversation felt increasingly necessary as we talked about our Canadian context. Canada has a long, ugly, 100-year history with residential schools—government funded, church-run institutions that attempted to force First Nations people to lose their cultural identity and conform to the culture and religion of the European settlers. The schools had government permission to fly into communities and take children from their homes without permission from their parents and force them to enroll in residential schools where they were stripped of their cultural identity and native language. The stories of sexual abuse by clergy and teachers is sickening. This part of Canada’s history is often swept under the rug and not talked about.

In this particular conversation, we do not delve into the history of residential schools. We simply wanted to draw attention to how Canadian minority groups experience racism on a regular basis. I believe this conversation is important for Wesleyans in both the Canadian and American context because we need to be aware of the evils and mistakes of our past to move into the future God has for us. The idea that Canada is more progressive and culturally aware is hurtful to many in our context who have experienced racism.

I believe the more awareness we have of past mistakes, the more effectively we can follow the lead of the Holy Spirit as we endeavor to build diverse communities of disciple-makers in both the Canadian and American context.

May the conversation in this video serve as a means to unify Wesleyans in our efforts.