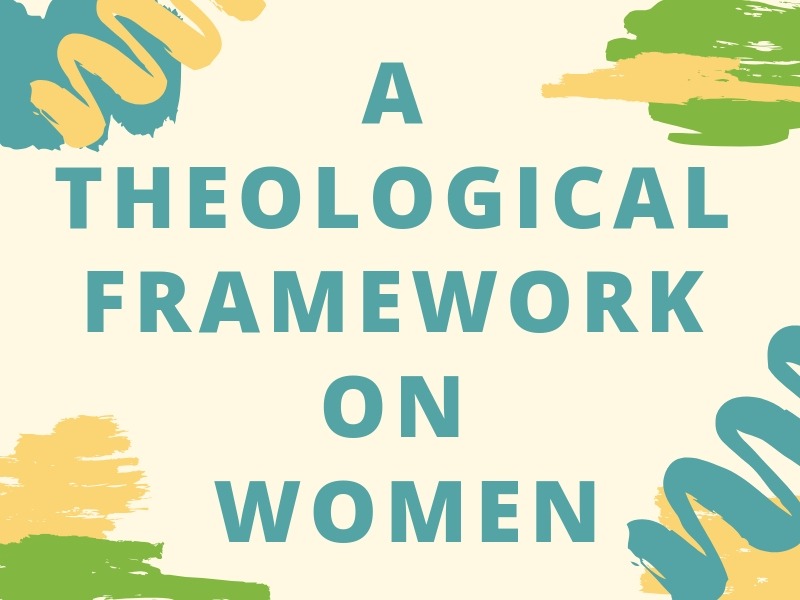 A Theological Framework on Women

Affirming and empowering women in leadership at all levels in churches.

A call to full participation

The Wesleyan-Holiness tradition of Christianity affirms women in leadership at all levels in churches because of the teachings of Scripture, longstanding tradition of empowering women in pastoral leadership, and manifest evidence of God’s work in their ministries.

Challenges to Women in Christian Ministry
While Wesleyan-Holiness leaders, pastors, and scholars have affirmed women in ministry since the earliest days of the movement, many outside of these circles do not. With the growth of high profile pastors, social media, and contemporary tools of communication, many voices can be heard who do not affirm or even condemn women in ministry.

Although these voices are not Wesleyan-Holiness voices, many churchgoers do not understand the harm these can cause. With easy access to teaching that condemns women in ministry, casual listeners may come to think of this as truth. As more women are called into leadership positions in the Church, a culture of strict boundaries fueled by such teaching will penalize women and communicate that they are untrustworthy or even shameful because of their gender.

Stream of Wesleyan-Holiness Advocacy
The role of women in ministry in the Wesleyan-Holiness tradition began as a small but vibrant spring. While John Wesley himself did not ordain anyone as clergy, he broke from his Church of England’s tradition and first licensed Sarah Crosby followed by many other women preachers as part of the Methodist movement who were influential as participants in the revivals which birthed the Holiness movement. Phoebe Palmer, a Methodist in the holiness revivals, arose as a spirit-filled preacher whose writing would affirm the call to preach in the lives of many, including Catherine Booth.

This empowerment set the stage for the visible role that women would play in the Wesleyan-Holiness movement around the world.

Despite early advocacy, our stream still leaves us with proportionately fewer women clergy than in the early days of the Wesleyan-Holiness movement. Our heritage prompts us to name, cultivate, and affirm the call to ordained ministry for women to lead our congregations today.

Scriptural Evidence
The Wesleyan-Holiness tradition maintains its belief in the equality of women and men based on the nature of humanity’s creation and purpose in Scripture. In Genesis 1:27-28, God creates humanity–both male and female–in God’s own image and gives humanity the mutual responsibility of caring for creation as God’s representatives. God does not create a hierarchal arrangement between male and female but rather instructs them as equal partners to steward creation.

A careful reading of Genesis 2 supports the equality of women and men as part of God’s vision for humanity. Referring to the woman as man’s helper (ezer) (v.18) is not a statement about the status of the one who helps, for God is similarly referred to as being the human’s helper. God creating the woman from the man’s side does not necessitate subordination (v. 22) any more than the man’s creation from the ground (v. 7) makes him equal to the animals who were made from the ground as well (v. 19). Neither can we affirm that the man’s naming of the woman’s gender in v. 23 signals rule or authority. Furthermore, the fact that the creation of the woman occurs last does not mean that she is subordinate to man and animals, for it could as easily be said that her creation is the climactic point of the story just as humanity’s creation is the apex of Genesis 1.

The biblical account of humanity’s creation bears witness to God’s vision of equality in status between women and men from the beginning. God never tells one partner to rule over the other. Nor is there any mention of God granting authority or leadership to one gender. Rather, humanity as a whole was created as God’s image bearers and instructed by God to care for creation.

An imbalanced power dynamic between the man and the woman occurs first in Gen 3:16, which states that the man will rule over the woman. Because of the disobedience of the couple, a struggle for control would ensue. She desired her husband, but he may/will rule her. The distortion of harmony between the first married couple was as a result of sin.

God responded to sin redemptively in many ways and ultimately through the person of Jesus Christ. A central aspect of this redemptive message entails the equality of women and men (Gal 3:18) who live in mutual submission in light of love (Phil 2 and Eph 5:21). Accordingly, the Wesleyan-Holiness tradition upholds the position that women and men–both of whom are created in the image of God–are united in God’s calling to be God’s image bearers in the world, shaped and defined by the person of Christ.

Jesus Christ’s Compelling Mission
To reclaim Christ’s compelling mission of the kingdom of heaven on earth, where there is no longer Jew nor Greek, slave nor free, male and female, but oneness in Him requires a togetherness that may be scandalous, risky, and otherworldly. This mission becomes a vision of the kingdom of God, already active here on earth. It requires a divine unction and human surrender to a compelling mission that transcends our thoughts and usurps our ways. It demands the humility we see in Christ, but cannot experience without Him or a mutual submission to each other.

To accomplish this mission, a requisite theological understanding of the equality of women and men must be lived. This mission is not to build something new, but to reaffirm an original mission, yet to be fulfilled. It is to restore by Christ the first vision of God for women and men. The mission that unites us now, begins with unearthing a unity that undergirded denominational history, where women’s and men’s equality was foundational and central. It envisions a church, where women and men assume church leadership on all levels because of their gifts, callings, readiness, and character, not their gender. Where wives and husbands submit to each other in humility, caring for each other, preferring and honoring the other, and where the proclamation of the good news is for all, by all, and to all. This mission comes through us, is for us, and yet beyond us.

Empowerment of the Holy Spirit
Jesus Christ is the great equalizer, and the Holy Spirit the great empowerer. We learn this from Paul      (Gal 3:28) and Luke’s account of the Holy Spirit’s activity at Pentecost (Acts 2) where both sons and daughters would prophesy. We also learn this by carefully reading complex texts like 1 Cor 14:34-36 and 1 Tim 2:11-14 in the light of God’s renewing work in the world. The ministry of reconciliation to which we are called in Christ and empowered by the Spirit is not best described as complementarianism or egalitarianism. Rather, it is a ministry of witness to what Paul describes as a new creation.

The ordination of women is one implication of the good news that new creation means that God has changed everything. As we see the Spirit’s extravagant gifting of all people as a sign of God’s new creation, we will see that the ordination of women is not about models and social constructs, but about learning to embrace the gifts God gives us in abundance. Such gifts are tokens of the new world God has made possible in Christ and continues to bring to reality by the impartial gifting of the Holy Spirit.

The Imperative of Integrity
As new creations in Jesus Christ, it is imperative that we live with integrity, putting away the structures, hierarchies, and constructions of the fallen world and live eschatologically, expressing in our words, thoughts, and deeds the values of God’s kingdom. Hierarchy based upon gender is one such worldly construct that imprisons men and women alike in roles that keep them from living out the new life given them by Christ.

Recognizing that powers and principalities are dead because they signal participation in falleness, and further recognizing that in Christ we are made alive, we:

All are one in Jesus Christ, and our primary, true identity is our belonging to Christ.