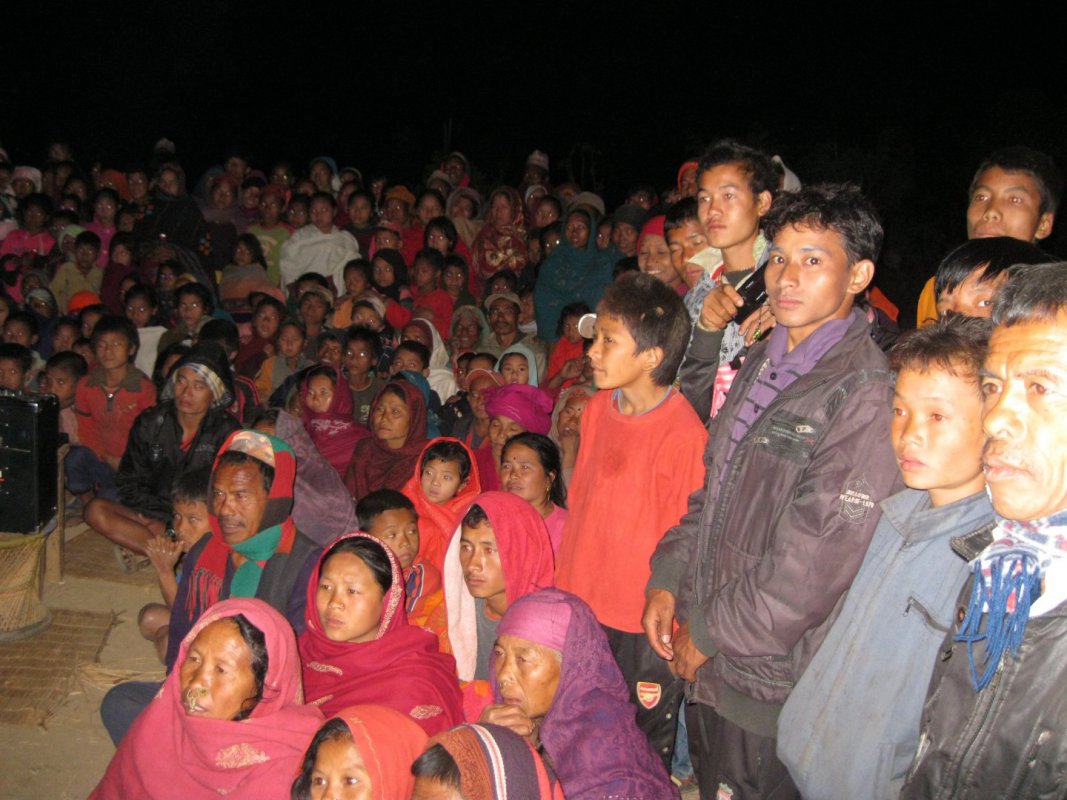 The Nepali crowd was really big and growing. As the crowd continued to gather, I spoke some words from the Bible, sharing the gospel. As our team prepared to show the JESUS film, one person who is a member of the Army of Shiva (Hindu organization) came up with some others and threatened us. He said to us that, without permission, how dare we invite this crowd and show this film. He told us that our religion is “cow eating” and is trying to divert all Hindus into our religion. He even tried to destroy our projector and other ministry equipment. At that moment I stood in front of him and told him, “We are not trying to divert people into our religion.”

But he did not listen. In fact, he was blaming us for calling other religions a Satan. Arguing with him was not helping. So, I said to him that it would be better if he would watch the film, and if he found any negative thing blaming other religions, then he could destroy everything we had. But I requested that he watch the JESUS film from beginning to the end with a positive view, not in negative way. So he agreed to watch.

The film is directly from the Gospel of Luke. Every word in it is God’s Word. We prayed that the Holy Spirit would move hearts. Everyone in the crowd was watching the film very silently. The man was watching it carefully so that he might find some mistake to accuse us. As he was watching the film, there he saw Jesus, the Lord of love and miracles, sacrificed on the cross for us. At that point many people were crying as they heard and saw for the first time what Jesus did. As the film finished, I asked the crowd not to go anywhere and called the man to the front of the crowd. I asked him what he saw and learned from the film. He paused, and then he asked for forgiveness from us. It was plain that he was a completely changed man. He said, “Please forgive us that we did not know anything about Christ. We had a negative image about Christ. We have heard the wrong things about your religion, and we believed them. But this film has shown us that Christ did not come to earth to divert us but to show us the way—the way to truth and a life that can only be gained through Jesus. We will not stop any Christian from sharing the good news of Christ. In fact, we will go to church and try to learn more about Him.”

Thanks to our Lord Jesus Christ for His love and mercy to the people. The truth of the gospel can change the life of any people even in this area. Thanks to JESUS film ministry. To God is the Glory.

[Names and locations have been changed or removed for security reasons.]