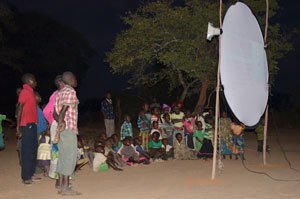 Once called the "Dark Continent," the light of the gospel is reaching into the hearts of these great nations in Africa.

There is an OUTBREAK in Africa! It is like a wave that is overwhelming its shores. Although some have gone to great lengths to try and stop it, it seems like an unstoppable force. No, I am not referring to the Ebola virus. I am talking about the gospel of Jesus Christ. Once called the “Dark Continent,” the light of the gospel is reaching into the hearts of these great nations. The fastest growth in the number of Christians over the past century has been in sub-Saharan Africa (a roughly 60-fold increase, from fewer than 9 million in 1910 to more than 516 million in 2010— source: Pew Research).

In recent years the explosion of new converts has been largely fueled by the use of the JESUS film that has been translated into almost 1,000 languages in Africa. The JESUS Film Partnership of Global Partners and The Wesleyan Church have teams in nine African countries, with Uganda receiving a team in November making it the tenth. In 2013, of the 101 new church plants started through our JESUS film teams, 62 of them were in Africa.

Whereas the Ebola outbreak has caused great fear and uncertainly, this outbreak of the gospel is cause for great joy and hope for the continent and nations of Africa. As we pray for those affected and threatened by Ebola, let us not forget to pray for those who have placed faith in Christ and those who have yet to hear and know the truth of the gospel of Jesus Christ.

The church continues to expand across Africa, including the northern provinces of Mozambique as Rev. Abel Nove reports. Here is the actual field report:

On 12 October 2014 in the village of Namiteca converted to Jesus 20 people who have never had an opportunity to attend one church. Namiteca is an area where most people practice the manufacture of alcoholic beverages. So many people of that village, mostly young, are addicted to alcoholic drinks homemade. Now, we have a cell with more than 20 new converts in that village. Now we are to disciple these people to then be baptized for the glory of the Lord Jesus. 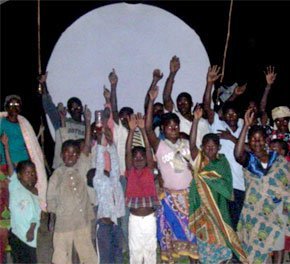