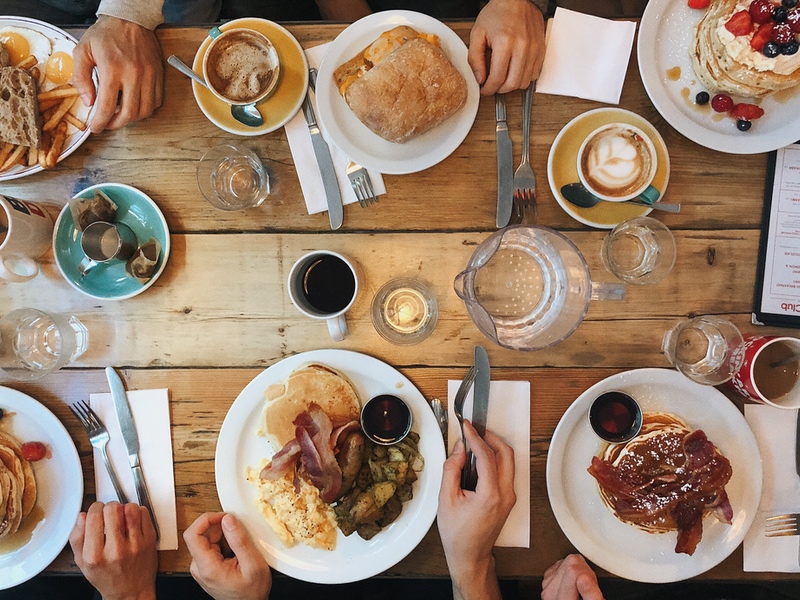 An uncommon grace at a common place

The breathtaking transcendence of the reality of the resurrection was revealed during one of the most ordinary, routine things we do: eating a meal.

Forty-eight hours following Jesus’ death, Luke draws out an incident involving Jesus that the other gospel writers do not mention (Luke 24:13-35). On the afternoon of the day of his resurrection, Jesus surreptitiously joins two people walking back to the Podunk village of Emmaus from Jerusalem. Cleopas and his friend had no clue who joined them as their traveling companion.

Their recognition of who he was came when they sat down at the table, which most of us do without much thought. It was during a meal that a realization broke over them — the one who broke bread was Jesus. Jesus: alive, healthy, talkative, engaging and real! He was not a cartoon nor a phantom nor a two-dimensional character who had just stepped out of a painting.

The breathtaking transcendence of the reality of the resurrection was revealed during one of the most ordinary, routine things we do: eating a meal. Time and again, the liveliness, warmth, laughter, honesty and simple hospitality of a meal was one of Jesus’ preferred settings to deepen relationships. Can meal times be filled with tension and discomfort? Sure. But more often than not, masks come off, one’s guard is lowered, funny stories are told, laughter evolves, conversation ensues and relationships deepen.

We do it at least two and three times a day. We sit down to a few scrambled eggs — actually, I prefer mine fried, over-medium — sprinkled with the right amount of salt and pepper, three strips of bacon, toast (buttered), a small glass of OJ and a cup of coffee. Or it’s a bowl of chili and cornbread that mingles conversation and calories in a way that brings delight to most of us. Or it’s ribs off the grill, corn-on-the-cob, tossed salad, a baked potato and a glass of iced tea.

We eat because we have to. We eat because it gives us pleasure. Our common humanity is out in the open as we pass the green beans from left to right.

So while worship on Sunday is important and Bible study and small groups are vital and opportunities to serve others are critical to the formation of those who follow Jesus, a compelling case can be made that over a lifetime, the unnoticed and unrecognized presence of the risen Christ at the kitchen or dining room table may form more of the life of Christ in us than any other setting.

When the knives and forks clink against the plates, and napkins are draped across laps and the salt and pepper makes its way around the table and the sound of water is heard as it is poured into glasses and steam rises from the gravy and a prayer of thanks is expressed, something of Jesus may be experienced. His humor. His smile. His grace. His tenderness. His acceptance. His replenishing.

Ed Rotz is district superintendent of the Kansas District of The Wesleyan Church.