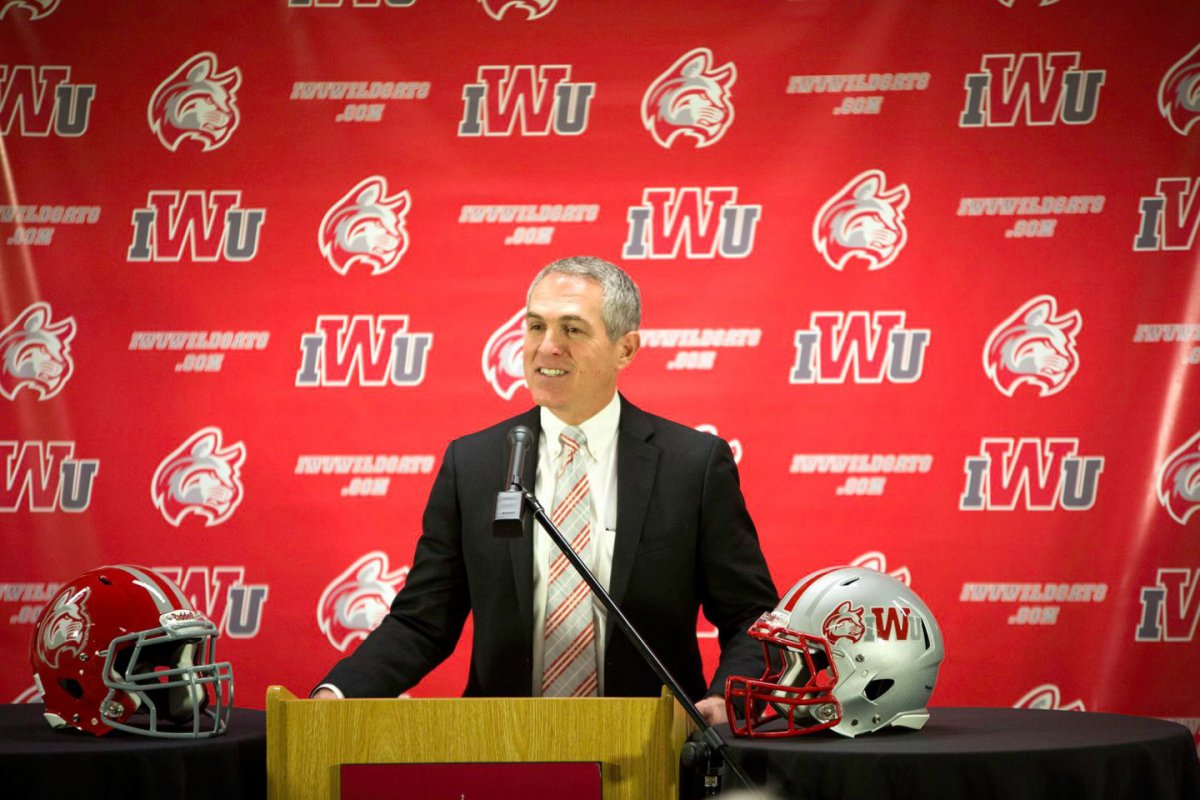 Are you ready for some football? Indiana Wesleyan says YES!

Football is coming to Indiana Wesleyan University, proposed to begin the fall 2018. The school sees this opportunity as one to build "positively into the lives of young men."

Football is coming to Indiana Wesleyan University, the 18th intercollegiate sport at the IWU campus in Marion, Ind., and the first men’s sport added since 1970.

“Indiana Wesleyan’s Board of Trustees voted to approve the administration’s recommendation to add football as a varsity sport with the proposed start of fall 2018,” said Dr. Keith Newman, CEO of residential education and executive Vice president at Indiana Wesleyan.

In 2014, IWU President Dr. David Wright asked for a strategic plan for intercollegiate athletics. IWU looked to expand the offerings of intercollegiate sports with a couple initiatives in mind: expand the mission, increase enrollment, increase diversity, and add esprit de corps on campus.

“Following our study with the consulting firm they came back and recommended that we consider adding intercollegiate football,” said Mark DeMichael, director of athletics, pictured. “We are here to make Indiana Wesleyan stronger and more sustainable. Adding 105-130 more students who will excel in the classroom is a great long term thing for Indiana Wesleyan University.”

Since the recommendation, Indiana Wesleyan has studied all of the ramifications of adding football. Following much collaboration with the board and administration over the last year, football was voted on today and was given the green light.

“After careful and thorough study and consideration of the benefits of adding to our athletic program, we are pleased to announce that the IWU Board of Trustees approved the addition of football as our 18th intercollegiate sport,” said Dr. Wright. “Their affirmation of this significant new initiative demonstrates their recognition and appreciation of the sustained mission and excellence of our athletic program. We are grateful for the many ways our athletic program fulfills our mission to develop students in character, scholarship, and leadership and we are eager to welcome and support these new athletes who will join us in the very near future.”

Indiana Wesleyan will immediately begin a search for the program’s first head coach. The job will be posted in April with a target date of hiring the head coach between July 2016 and January 2017.

“The single most important step in the process of building a successful program in any sport is the leadership of that sport,” said DeMichael. “The choice of choosing our first head football coach will be the most critical decision of the process. We will go through that process with prayerful deliberation in making sure the man or woman who is our first football coach is who God has called to be here.”

Planning for construction of a new football facility will also begin immediately. The football facility will be two phases with the first phase being a field, locker room, meeting rooms, weight room, and athletics training rooms. That phase will begin once a final site–on campus–has been decided on. Phase two will be stadium construction and the timing of that phase will depend on a fundraising campaign.

Early estimations have the stadium with a capacity of 2,500 to 4,000 people. The field will be constructed with a sports turf.

“This is about mission,” stated DeMichael. “This is about what God has called us to do at Indiana Wesleyan University. We are so blessed to have head coaches in our department right now that are first experts in their field, are master leaders and master tacticians in their sport, but first and foremost they are men and women of God who have been called to a ministry through coaching in college. That mission has enabled them to be used by God to turn out incredible young men and women who are going out into the world serving God in whatever profession he has called them to do.”