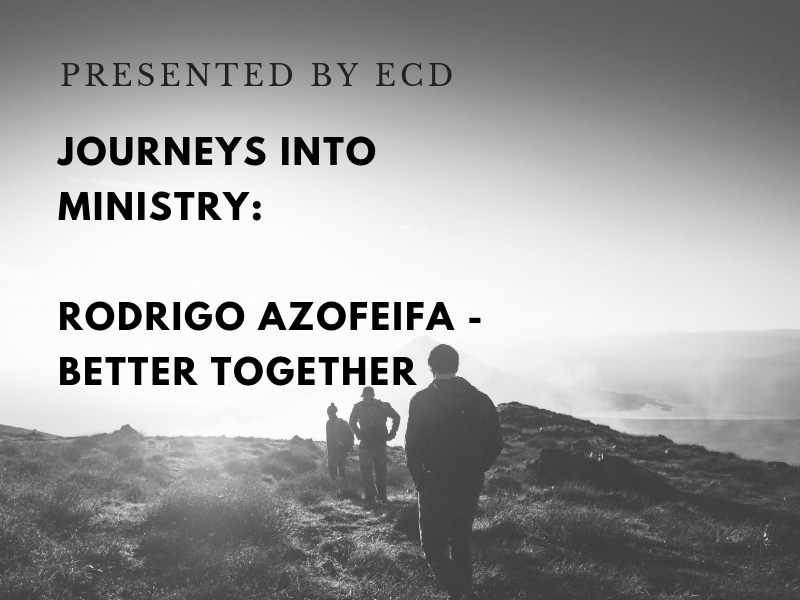 The image in Revelation 7:9 of a great multitude from every nation, tribe and people inspires Rev. Rodrigo Azofeifa’s passion for inclusive worship. This work in multicultural church unification has become a passion for Azofeifa.

The image in Revelation 7:9 of a great multitude from every nation, tribe and people inspires Rev. Rodrigo Azofeifa’s passion for inclusive worship.

Azofeifa is from Costa Rica and was raised in an agnostic home. Within this belief system, he found room to explore the existence of God and to begin following Christ. When The Wesleyan Church arrived in Costa Rica in 1995, Azofeifa quickly became a member and began serving as a youth pastor. He has been involved in Wesleyan ministry ever since – both as a pastor and professor.

“I’ve done a little bit of everything,” he said. “I started as a youth pastor, I’ve been on worship teams, served as an assistant pastor, associate pastor, solo pastor and head pastor.”

In 2000, Azofeifa moved to Los Angeles to work with Rev. Alvaro Sanchez at Principe de Paz church. He met his wife, Ricci, there.

Azofeifa says he is a Wesleyan in “education as well as formation.” He earned his bachelor’s degree from Logos Christian University and master’s in divinity from Indiana Wesleyan University’s Seminario Wesley.

He arrived in DeKalb, Illinois, in 2002, to serve as head pastor of Vida Nueva, a Spanish-language church with a primarily Hispanic congregation. Vida Nueva was one of two Wesleyan churches in DeKalb at the time. After working in the town a few years and meeting with Rev. Dean Pierce of DeKalb Wesleyan Church regularly for a time of prayer, Azofeifa realized the churches would be better together.

“We came to the conclusion that, separated, we couldn’t reach the DeKalb community,” Azofeifa said, explaining that DeKalb is a diverse college town with over 100 countries represented.

Vida Nueva began to meet in the same building as DeKalb, but the two remained separate churches. Eventually Azofeifa and Pierce decided to merge the churches entirely and become Real Connection Church, which celebrated its first service on Easter Sunday, 2017.

The church’s motto is: reaching beyond borders for Christ. It is modeled to be inclusive of people of all walks of life on every level, Azofeifa said. The worship team provides an example, as a multi-generational, multi-ethnic and gender-diverse group. Azofeifa pointed to this pattern across multiple ministries in the church, including leadership and the youth group, which was the first ministry integrated by the two congregations.

The pastor and his team have worked hard to avoid a divide between the two services. One aspect they have focused on is avoiding “us-versus-them” language when talking about the different services, but instead opting to intentionally refer to the church as one body at all times.

The church also holds bilingual services throughout the year, on every Christian holiday and on the fifth Sunday of the month. Azofeifa said the church hosts a brunch once a month, and members are encouraged to sit with someone from the service they do not regularly attend. The women’s ministry also has a joint bilingual event once a month.

Azofeifa said his favorite part of ministry is seeing the way lives are changed – starting with a single person and extending into a family and a whole community.