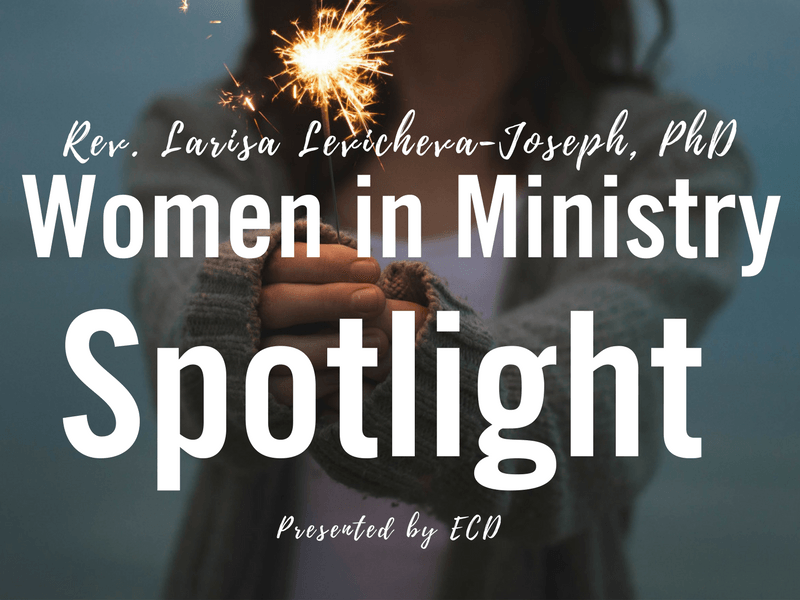 As the first woman to be ordained in Russia in The Wesleyan Church and the first in her family to accept the good news of the gospel, Rev. Larisa Levicheva-Joseph is no stranger to braving uncharted waters.

Levicheva-Joseph was born in Russia, to a Russian father and Jewish mother. She was raised with Jewish cultural customs, but not with faith. Because of persecution she and her family experienced at the hands of the majority—Orthodox believers—Christians were viewed as enemies.

“It was with great trepidation that my classmates and I went to the camp, but once we met the missionaries, we had a blast,” recalls Levicheva-Joseph. “This was the first time I had heard about God and because my job was to translate, I had to read the Bible.”

“As I interpreted the Bible, the words began to sink in. The Word of God changed my life. People around me noticed I was becoming a different person. I saw the missionaries’ lives and how they dealt with trials; they were patient and loving toward their neighbor and the foreigner. Their actions spoke to me and I desired the same type of attitude and life.”

Levicheva-Joseph committed her life to Christ and dove into ministry at the church plant.

Unfortunately, her family initially viewed her commitment to Christ as a betrayal because of the persecution they had experienced. Eventually, however, Levicheva-Joseph’s mother also committed her life to Christ as the result of a missionary couple’s dedication in ministering to her.

After graduating, Levicheva-Joseph accepted the position as head interpreter for the mission. During this time, she realized she wanted to teach the Bible and that God was calling her into full-time theological education. About the same time, missionaries came to the city of Vladimir to start a Bible College for theological training. Levicheva-Joseph was the first student enrolled in the school.

After feeling God’s confirmation of her call, Levicheva-Joseph applied to Asbury Seminary and received the Training of Overseas Leaders Scholarship (TOOLS). The scholarship was another affirmation for Levicheva-Joseph because it covered costs she would otherwise not have been able to afford.

“Being at Asbury was an opportunity for me to get my education and be spiritually formed and transformed. I was able to understand the biblical message better and gain different perspectives with the change of getting out of my own narrow understanding,” said Levicheva-Joseph.

At the suggestion of her adviser, Levicheva-Joseph decided to stay an extra year after graduation to complete her Master of Divinity. That year, she also met her husband, Dr. Abson Joseph. After completing her masters, she went back to Russia and taught at her alma mater Bible college for two years.

In 2004, Levicheva-Joseph was ordained as the first woman in the Russian Wesleyan Church. The process was not easy; Russia is culturally a patriarchal society, and her community viewed females in the church inappropriate. But Levicheva-Joseph saw it as a significant step in her ministry.

“Being ordained was important to me because it was an understanding I was joining a larger body than myself. The ministry was not my own, but a ministry of the church. It was difficult for me to be ordained, but it was what God had called me to do.”

Currently, Levicheva-Joseph ministers at Wesley Seminary at Indiana Wesleyan as an assistant professor of Old Testament. She loves working with students who are already involved in ministry because they are able to put into practice what they learn in class.

“It is exciting to work with future theologians and the future of the church,” said Levicheva-Joseph. “I aim to teach in such a way that my students do not just understand the content, but live it out, apply it, and teach it to their congregations.”