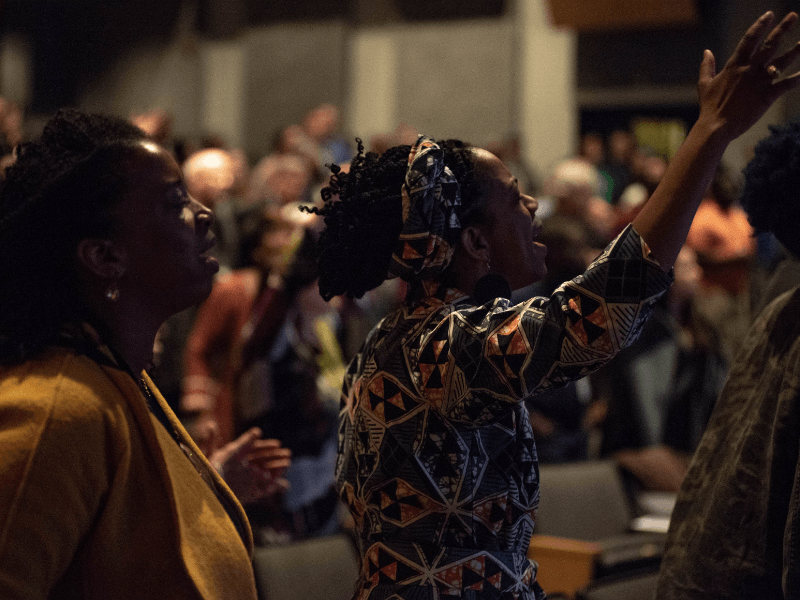 In early October, over 50 Wesleyans and 350 gathered in Rochester, New York, on the campus of Roberts Wesleyan College and Northeastern Seminary for the first Call and Response Conference.

The conference purpose was to call together laity, marketplace and nonprofit leaders, pastors, practitioners, artists and activists from across generations to respond faithfully to the challenges and opportunities of the present moment in America. We sought to offer a prophetic witness to the church and the nation while remaining biblically grounded in a holistic gospel that has the power to transform lives, systems and communities.

Several participants have reported back the feeling that “this was the first time I’ve been to a multiethnic conference mostly led by Black and African American leaders” and that it felt like a “family reunion.”

The event began with our Wesleyan Shoulder Event where we gave an account of the evolution of Black and African American leadership in The Wesleyan Church in North America and celebrated seven of our churches led by or comprised of mostly Black and African Americans. These churches include four plants in Buffalo, New York, one in Jersey City, New Jersey, one in Salisbury, North Carolina and our oldest predominately Haitian church in Brooklyn, New York.

Although much of the event was about celebrating, we ended with some honest conversations about the difficulty many Black and African Americans experience being a part of a predominately white denomination, what we can do about it and why this area of our multiethnic movement is so critically important. We also had a chance to introduce our two new Black and African American ministry leaders, Phyllis Isaac (Jersey City First Wesleyan in Jersey City, New Jersey) and Rev. Sule Prince (Oakwood Wesleyan in Toronto, Canada).

From there, our leaders joined others for pre-conference tracks on discipleship and mentoring, publishing, clergy activism and pastoral ministry, reaching millennials through apologetics, higher education, as well as tension between the Multiethnic Movement and the Black Church. Afterwards, we began our first of five plenaries, 30 practical workshops, five forums and two concerts featuring people like Amena Brown, Sho Baraka and Bishop Paul S. Morton.

Dr. Marvin McMickle closed the conference with a timely message from Matthew 17:1-13, saying “We can’t stop here … We often want to stop on the wrong mountain and tell Jesus where it is good for us to be. But the Lord says, ‘you are satisfied too soon.’”

Although our work in this arena has much to celebrate and our history is rich as a denomination, my prayer is that we don’t stop on the wrong mountain and be satisfied too soon. May what we learned lead us to a place of action rooted in our understanding of social holiness where this is no longer a diversity issue, but one of discipleship.