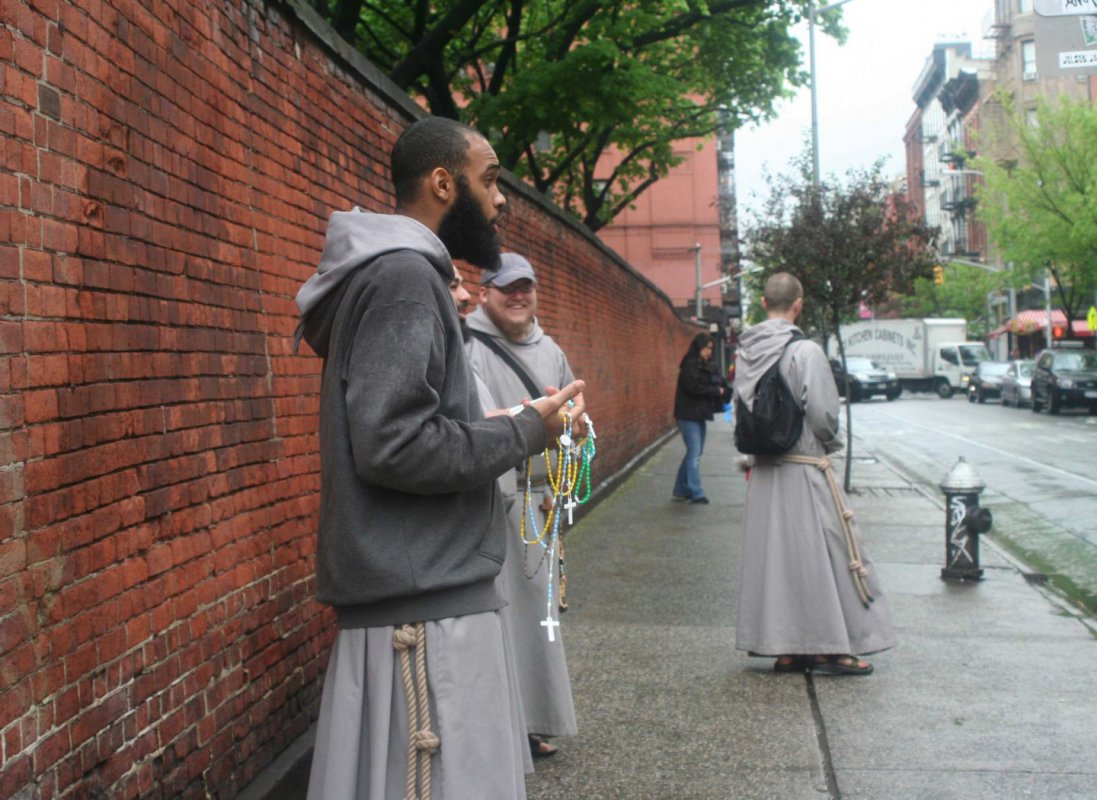 ​On November 6-8, Father Glenn Sudano and a group of Franciscan friars and sisters from New York City will visit the Houghton College campus.

On November 6-8, Father Glenn Sudano and a group of Franciscan friars and sisters from New York City will visit the Houghton College campus. While on campus, Father Sudano will speak in chapel at 11:30 a.m. on both Wednesday and Friday. He will also offer an instructional mass on Thursday at 7:00 p.m. in the Center for the Arts recital hall, followed by a music jam session in Java 101, the campus coffee shop located in the lower level of the Campus Center, at 9:00 p.m. These above events are open to the public.

The friars will also be visiting a number of classes and speaking on a variety of topics, including church music, key metaphors of spirituality, prayer and silence, the Franciscan tradition, and others.

“It’s good for students to see people who have given their lives to Jesus in a whole new way, following a deep sense of calling,” said Dr. Michael Jordan, dean of the chapel.

The friars’ first visit to Houghton was over 20 years ago in February 1989. Since then they have been to Houghton on several occasions.

“The brothers and sisters love being on campus and simply engaging with our students over meals,” said Dr. Michael Lastoria, director of counseling services and coordinator of the friars’ visit. “They liken our campus to their own in Steubenville Ohio, where, in their words, the spirit of Christian community is quite similar.”

The friars belong to the order of Capuchin friars, an order dedicated to the return to the life and rule of Saint Francis of Assisi. Father Sudano is one of eight “founding fathers” of the Capuchins, an order established under the authority of the Archdiocese of New York in the spring of 1987.

Father Sudano explains, “From day one, our desire was not to create a new form of religious life or observance but rather to set ourselves securely upon our own ancient foundations. For this very reason, none of the original eight Friars of the Renewal see themselves as founders. We do not see ourselves as prophetic architects but rather as simple builders.”

“We were, and still remain, com­pletely uninterested in programs and trendy ideas that promise spiritual renewal,” said Father Sudano. “Real renewal means daily conversion, and this is a long, painful road.”

The friars’ work is “to serve the material needs of the homeless and destitute, and the needs of the spiritually homeless through evangelization, always looking toward a greater renewal and reform of the church.” The Friars currently operate a number of shelters for the homeless in the Bronx.