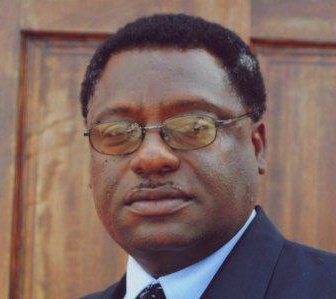 A new general superintendent of The Wesleyan Holiness Church in the Caribbean General Conference was recently elected.

The Caribbean General Conference of The Wesleyan Holiness Church elected a new general superintendent this past summer.

The quadrennial event took place in Antigua, July 31-August 3, 2014, where leadership was transferred from former General Superintendent Rev. Carlston Christie to Rev. Cumberbatch. Currently, in this new role, Rev. Cumberbatch oversees ministry in 20 countries in the Caribbean: Jamaica, the Cayman Islands, Trinidad, and Barbados, just to name a few.

He has served as a pastor and college professor and has served in ministry for over 34 years–26 of which he served as a pastor in eight congregations. Rev. Cumberbatch was born and raised in the village of Chalky Mount in Barbados. His parents didn’t know Jesus but “like the average Barbadian parent” they insisted he attend church. He occasionally accompanied his mother to an Anglican church. Rev. Cumberbatch’s exposure to true worship was gained by attending Pentecostal churches with both his grandmothers while growing up. Years later, he began attending Chalky Mount Wesleyan Church.

It was during his childhood that Rev. Cumberbatch realized his need to know Jesus and through the influence of his grandmothers, youth leaders, and pastors he made his faith decision.

Accomplishing these goals is possible, but it won’t come without some challenges. Travel can be expensive between the separate islands and funds are needed for anticipated projects.

“I am extremely excited about the future,” said Rev. Cumberbatch. “Ours is a great Church with a great heritage and a potent message. I am extremely humbled and yet honored to be exalted to the pivotal office of general superintendent at this time and to be a bearer of that message.”

He looks forward to working with Dr. Jo Anne Lyon, General Superintendent of The Wesleyan Church in North America, more in the future.

“Dr. Lyon is a tremendous asset to the global Wesleyan family, and I am honored to be associated with her in this capacity,” said Rev. Cumberbatch. “There is much I will learn from her.”

Rev. Cumberbatch is married to Beverley. They have one son, Adriel.