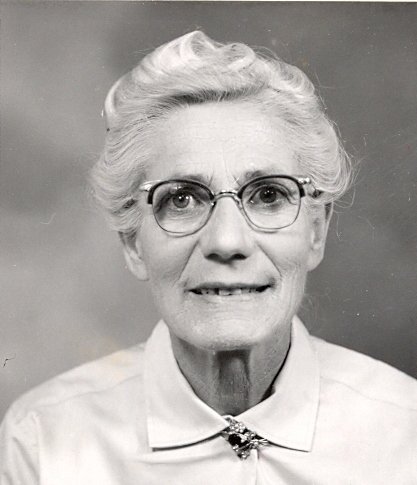 As a teenager, Claudia Peyton was determined to fulfill God’s call for her life to serve the African people, but the journey would be anything but easy. In order for her to realize her call, she would have to overcome a variety of challenges and obstacles along the way.

Claudia, known as Claudie by family and friends, was born in Cyrus Creek, West Virginia on December 15, 1894, the youngest of ten children. She sensed a call to Africa while still a teenager which led her to God’s Bible School in preparation for her missionary career. Unfortunately, while at school, Claudie’s mother and brother died so she went home and assumed the responsibility of housekeeper for her father and siblings. Not to be dissuaded; she continued her studies at home while at the same time helping to plant a church in her hometown. Claudie eventually returned to school, completing her degree in 1926. Because of her petite stature, she was not able to pass the rigorous physical exam that all missionaries must undergo. As a result, she was turned down for missionary service. For the next four years, Claudie worked with the orphans at God’s Bible School Orphanage.

With God’s call still burning in her heart, on her 36th birthday and without any sponsoring mission, Claudie finally set sail for Africa and began her missions work in Choma, Zambia where she began teaching school. She recognized how important her work was and stated that “next to salvation the need is education. Ignorance is no incentive to salvation.”

By 1940, Claudie’s focus had changed. A baby was left orphaned by the death of her mother in a deadly fire so Claudie took the child in and raised her. Then, a small sickly baby boy was left on her doorstep and he was added to Claudie’s family. As the years progressed, she adopted 18 children. As it turned out, rather than teaching and preaching, it was for the orphans that God had called Claudie. In 1938, she had started the Siachitema Mission and orphanage. She saw to it that the children received a primary and secondary education. “Mama Zhana” as she was called by the children and others at the mission station, sacrificed and endured heartbreak as many of the babies who came to her died of malnutrition and disease. There were success stories as well; one of the children raised by Claudie, Robert Chirwa Peyton, was ordained in 1971 and others married and had families of their own.

Because of her love and dedication to her children, Claudie returned only once to the United States for a nine-month furlough. Her time in the U.S. was spent traveling to churches where she taught and preached. She never made appeals for money but relied on God to supply her needs. There were difficult times on the mission field such as the World War II years when mail was slow to arrive. Someone asked Ruth, one of Claudie’s daughters where the money came from and she said that her mother‘s response to this was “God and the good people of America will take care of our needs.”

By 1963, the government of Zambia decided that Claudie should no longer take in orphans because of advancing years. By 1974, her orphanage was closed. In 1983, she was presented with two medals of honor by Dr. Kenneth Kaunda, the President of Zambia for her service to the people of that country. When she passed away in 1984, a Zambian pastor said, “Today we are burying a white missionary who is an American but we Zambians know her as our Mother.” Claudie was buried in the mission compound at Siachitema after a long life of service and sacrifice in her adopted nation of Zambia.