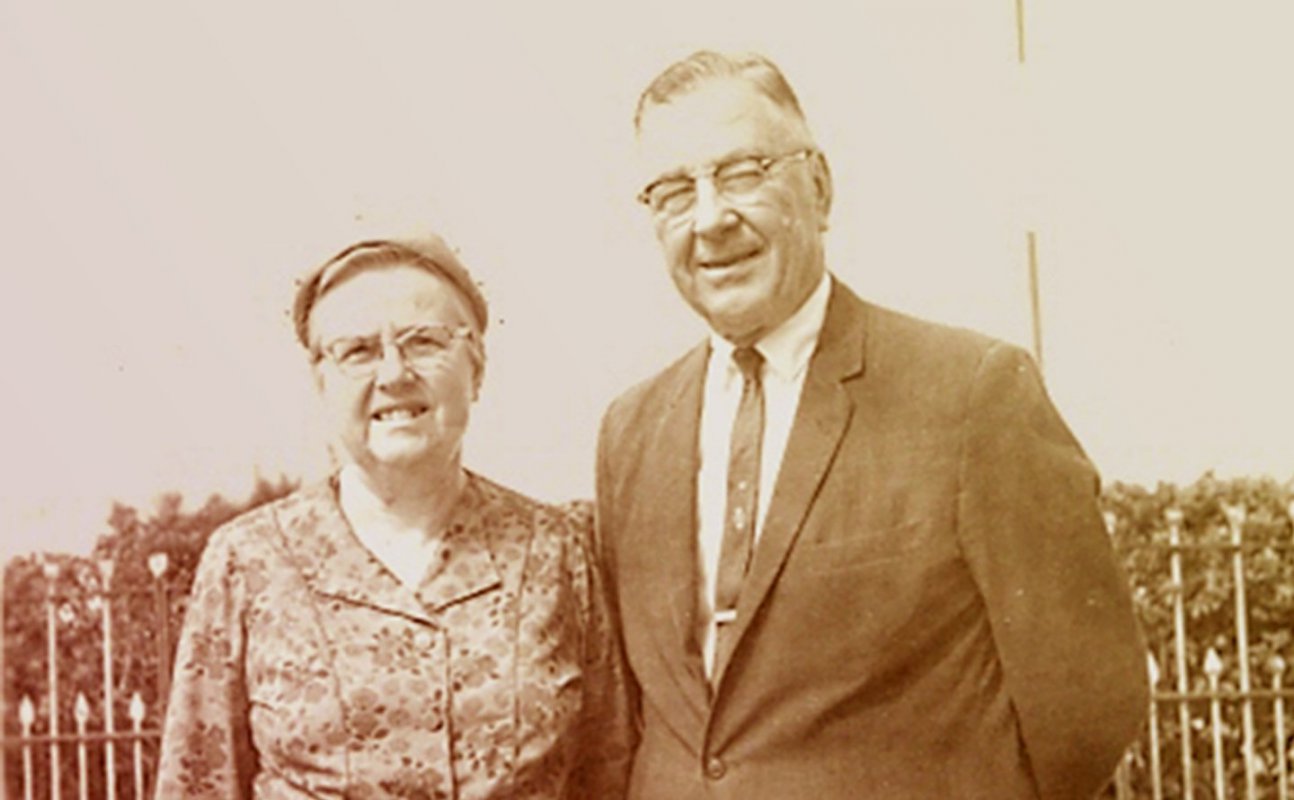 Everett and Eunice Phillippe – The Caribbean

Everett and Eunice Phillippe served faithfully as missionaries to the Caribbean for 43 years. This was a time of unprecedented growth for the Pilgrim Holiness Church in the area and by the time the Phillippes ended their missionary service, their goal of seeing an indigenous, self-supporting church was realized. By 1974, the Caribbean had achieved the status of Provisional General Conference in the Wesleyan Church.

Eunice was born in 1903 in Canton, Ohio, the first of four children. Born into a Christian family, she was converted at the age of 11 in a revival meeting in a church in Jefferson County where the family had moved. She started attending God’s Bible School in 1924. It was here that she was to meet her future husband. Although she had not received a specific call to the mission field, she often thought she would like to serve overseas.

Everett was born in 1904 in Rural Retreat, Virginia, the first of nine children. Converted at a camp meeting in 1922, he felt a call to ministry and attended God’s Bible School to prepare for service. While there, he was especially moved by hearing the testimonies of two students from the West Indies. This confirmed his call to go to the mission field.

Everett and Eunice were married in 1927. They were involved in home missions work for two years until their application with the Department of World Missions was accepted. They sailed for Saba, Dutch West Indies in August of 1929 where they pastored the main Pilgrim Holiness Church on the island.

The missionary service of Everett and Eunice Phillippe was characterized by frequent moves especially in the earlier years of their ministry. In 1932 they were transferred to the island of St. Croix to supervise four stations, and the churches at Christiansted and Fredericksted. They also ministered to a group of 12-15 lepers who were living at the leper asylum. Difficult days ensued with the depression years of 1930-1933 when in one month, their financial support was cut in half. After two years on St. Croix, they were asked to go to British Guyana. While there, revival was experienced at the Georgetown church. From there, the Phillippes served in Grand Cayman where they pastored two churches.

Everett and Eunice were asked to go to Jamaica in 1942. Traveling in the Caribbean was dangerous during the war years. Many boats in the area had been sunk by German submarines. At one point, the missionaries were accompanied by an American destroyer for protection. Their assignment in Jamaica was to establish a Bible school. They had little furniture and no beds or desks for future students. When Eunice asked Everett what they would do, he replied, “I guess I’ll make most of it” and he did just that. In September of 1942, Jamaica Pilgrim Bible School opened. They graduated their first seven students in 1946. The school was later moved to Barbados and called Caribbean Pilgrim College. From Jamaica, the Phillippes went to Antigua where the work grew so quickly that it had to be divided into three separate districts.

In 1951, Everett was appointed Circulating Superintendent to fill in for furloughing superintendents. Much was accomplished during this short time. In Guyana, the work among the Patamona Indians at Paramakatoi was beginning to grow. Eventually, Everett was privileged to baptize the first eight converts. In two years, their assignment ended with a year in Jamaica. Everett’s role as Circulating Superintendent, while rewarding, required much travel, packing, and unpacking for the couple. It was a happy time when they embarked on their third furlough.

The family was finally able to settle into what was to become a 15-year assignment in 1954 when Everett was appointed Field Superintendent and the family settled in Barbados. Under his leadership, the first Caribbean Field Conference was organized and met for the first time in 1957, one step on the way to achieving his goal of developing an indigenous church. While Everett was traveling much of the time, Eunice was kept extremely busy. She had significant experience leading Sunday Schools and was appointed Sunday School Superintendent at the Barbados conference, a position she held for 10 years. The Barbadians referred to her as “Sister Sunday School Enthusiast”. During her tenure, an annual Sunday School Institute was established. At one point, there were 900 in attendance. She also taught at the Caribbean Pilgrim College and was instrumental in the publishing of a new quarterly newsletter.

The Phillippes retired in 1969 but were called back after only a year to superintend the St. Kitts district. However, in 1972 due to a serious medical issue, Everett and Eunice finally returned home for good and settled at Wesleyan Village in Brooksville, Florida where they remained active in community ministry. Eunice Philippe passed away at the age of 80 on April 24, 1984. Everett lived to be 94 years old and passed away on September 27, 1994.

Everett and Eunice Phillippe exemplified the missionary spirit by their obedience and sacrificial service. They passed on this rich heritage to their four children, three of whom served at one time or another on the mission field. On the occasion of their 50th wedding anniversary, they quoted a familiar Bible verse, “But seek ye first the Kingdom of God, and His righteousness; and all these things shall be added unto you.” As a final testimony, they declared, “We have proved this promise to be true for all these things have been added unto us.”