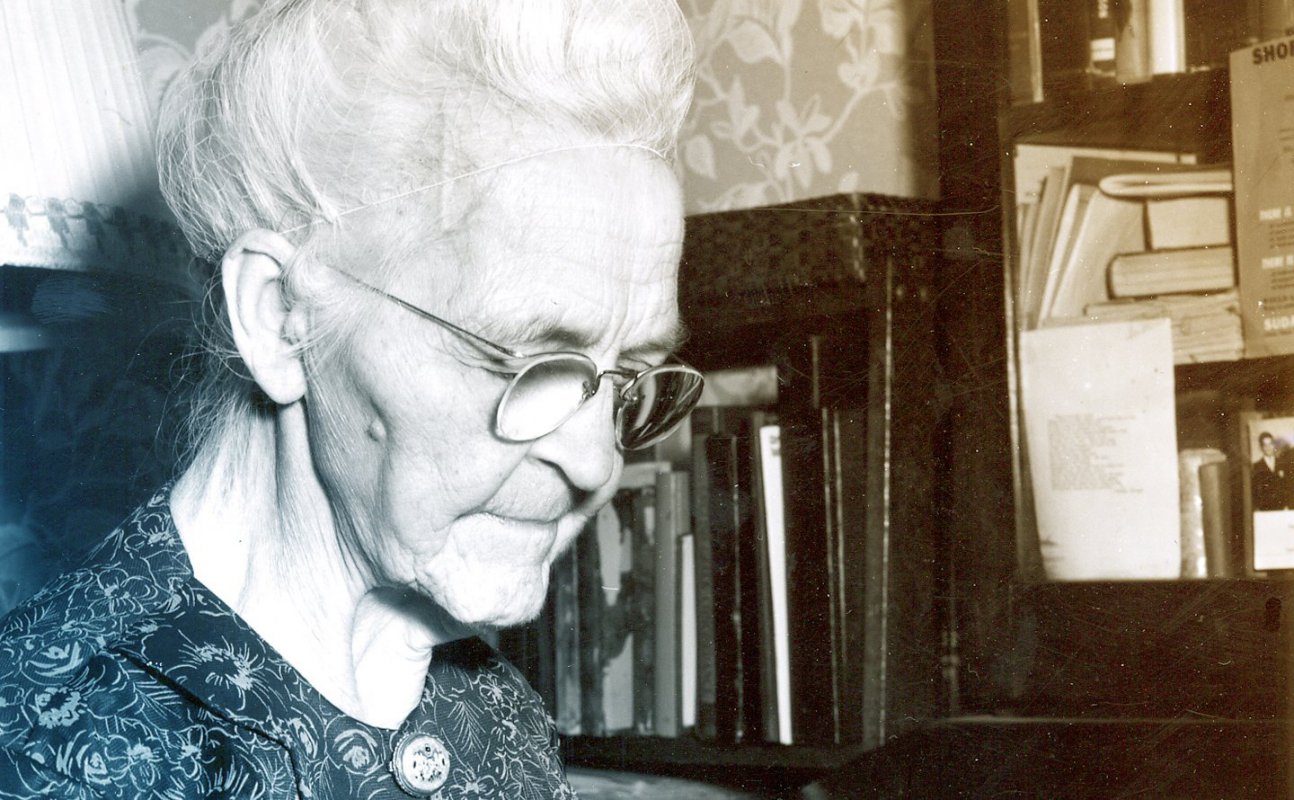 Celebrating the missionary spirit with biographies of missionaries.

In 1887 at the General Conference of the Wesleyan Methodist Church, a decision was made to open our first foreign mission in Sierra Leone, Africa. It was established at Kunso in the northern part of Sierra Leone in 1889. No one could possibly know the commitment, suffering and sacrifice that would particularly mark the early years of this new venture.

Rev. George Clarke along with his wife Anna Perring Clarke arrived in Sierra Leone in December of 1893. After an arduous journey inland from Freetown, they finally arrived in Kunso. The school there which had been closed because of a lack of help was re-opened and Anna assumed the role of teacher to the boys and girls there. Sadly, Anna suffered from several bouts of hematuric fever and in 1897 just before she and George were to leave for their furlough in the United States, she succumbed to the fever.

Rev. Clarke was greatly loved and affectionately known as Pa Clarke. He saw the potential for establishing an indigenous African church so he began to train the natives for leadership roles. By 1909, he had established the Wesleyan Methodist West African Conference. He was General Superintendent during almost the entire period of his missionary service to Sierra Leone. At home, Rev. Clarke had become convinced of the importance of enlisting children in the support of missions so he founded the Young Missionary Worker’s Band (Y.M.W.B.). Children were organized into bands and encouraged to donate a penny a week for foreign missions. Rev. Clarke’s motto in this endeavor was “Not by Might, nor by power, but by my spirit saith the Lord of hosts.” (Zech. 4:6). Initially, one thousand children joined and $600 was raised the first year. By 1929, there were over 16,000 members and almost $417,000.00 had been raised to support Wesleyan Methodist missions.

While at Houghton Seminary,George Clarke met Mary Lane. Mary had attended the Seminary as a student and was now teaching German and Latin. This facility with languages would come into play in her future linguistic work. Mary had felt a call to Africa since her childhood days. In 1900, she sailed to Africa where she and George were married in Freetown. She spent her first two terms ministering among the Temnes tribe in Kunso with her husband and assumed Anna’s former role as teacher to the native children.

Kunso was in an unhealthy part of the country where malaria and other diseases were prevalent. Between the years 1890 and 1910, blackwater fever claimed the lives of ten Wesleyan missionaries to Sierra Leone. It was during her second term that she was afflicted by the fever at which time she returned home to Houghton, New York in 1906. She was given no hope of surviving but after much prayer, she recovered. While very sick, she experienced a vision from God in which she recalled, “There were angels ascending and descending—three people I didn’t know. That night I got a call to go back to Africa’s Limba country. And the next morning God touched me.”

In 1908, Rev. and Mrs. Clarke went to the Limba country to establish a mission. It was there that Mary translated hymns, authored a Limba-English dictionary containing 1,000 words, and with her husband’s help, translated the Gospel of Luke into the Limba language. In 1911, her work was published as the first book ever to be printed in Limba.

After her husband’s sudden death in 1929, Mary continued her translation work. She returned to Sierra Leone in 1947 at the age of 75 staying 18 months teaching Bible and tutoring missionaries in the Limba language. Her last trip was at the age of 79. Even at the advanced age of 86, Mary was translating the Gospel of Matthew. In a letter written to a friend in 1950, Mary stated, “I do praise my Father over and over for His wonderful leadings and care and for the privilege of staying on. I marvel at the strength He does give.” Mary Lane Clark was the recipient of an honorary doctorate from Houghton College and was listed in Who’s Who of American Women in 1959 before passing away at the age of 97 in May of 1970.

The Clarkes are representative of so many missionaries who went to Sierra Leone obeying the call of God on their lives knowing the risks and dangers of such a decision. Many gave their lives and the lives of their children to spread the gospel and address the educational and physical needs of the people of Sierra Leone. At one point, after much death and sorrow, some of the people thought that the missionaries would not return. To this concern, the native Christians said,“Wait, they will return, they will not leave us. Truly they love us very much.”